Three 11-year-old children were arrested for scheming to burn down their Florida middle school so that ‘rude people would die in the fire,’ one of the pre-teen perpetrators told police.

Investigators say that the kids even decided amongst themselves who would live and who would die during a premeditated plot.

‘The plan was for the whole second floor the burn and the rude people would die in the fire,’ Omnia Mahgoub, 11, confessed in a written statement Monday.

Mahgoub and her two accomplices, Tristan Carrasquillo, and Isabella Brainard, also 11, were handcuffed and frog-marched out of the Fort Myers school and into police custody after their plot came apart once a group of students snitched on the potential fire-starters after overhearing their plan.

The three have been in police custody for three days.

Omnia Mahgoub, 11, told police Monday ‘The plan was for the whole second floor the burn and the rude people would die in the fire’ 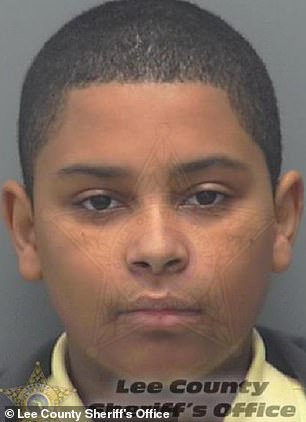 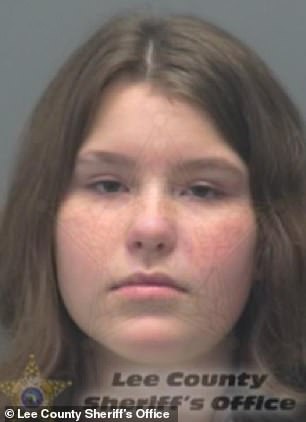 Tristan Carrasquillo and Isabella Brainard, both aged 11, were taken into police custody Monday, and are both charged with conspiring to commit a first-degree felony

One student told school staffers that he had overheard the three talking about their alleged plan, and saw Mahgoub brandish a grill lighter from her backpack.

The school then called the Lee County Sheriff’s Department, who sent a deputy to the scene.

During the subsequent investigation, it was found that the three suspects were allegedly planning on setting a second-floor girls’ bathroom ablaze while school was in session.

One witness told investigators that Mahgoub threatened to light her on fire as well, if she told school staff about the scheme.

Another student told investigators that he heard Mahgoub say she was going to run downstairs and pretend to cry while reporting the fire.

The witness also told deputies that he heard Carrasquillo say he was going to find extra paper to help fuel the fire. 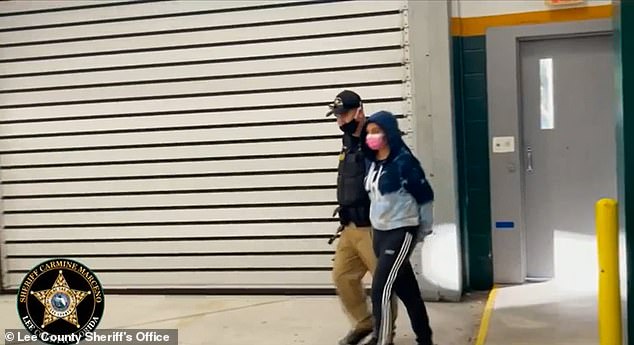 Mahgoub allegedly threatened to light another student on fire if she told school staff about the scheme, and is pictured here being escorted into police custody 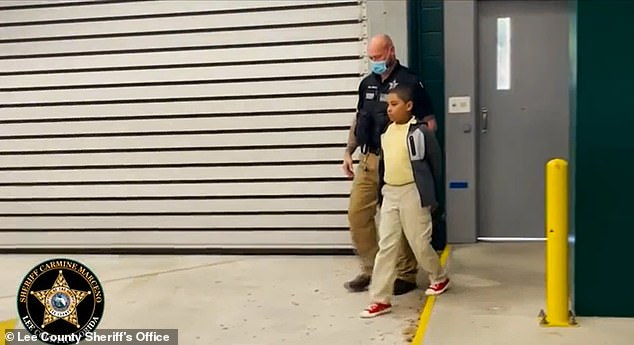 Carrasquillo, pictured here handcuffed by Lee County police, told his alleged coconspirators that he was going to procure paper to help fuel the fire, another student told investigators 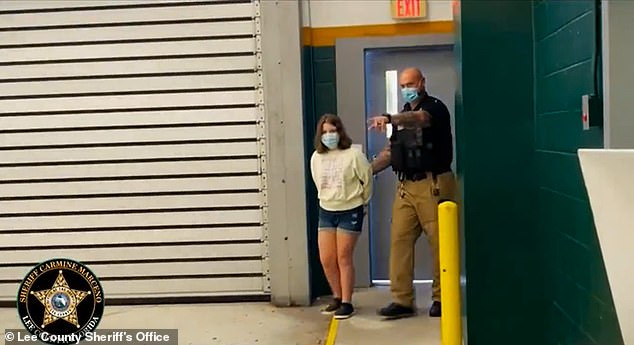 Brainard was also frog-marched into a police vehicle Monday before being brought to a Lee County detention center in Fort Myers, Florida

One student also reported to investigators that she saw that Mahgoub, Brainard and Carrasquillo had all written ‘2:30’ on the top of their hands – the time the students allegedly slated to carry out their scheme.

The grill lighter was reportedly found by police in Mahgoub’s backpack.

Mahgoub told lawmen that the plan was for her to run downstairs to report the fire once it was set, so that certain students could be evacuated, deputies noted in a police report.

The suspects, not even teenagers yet, all face charges of conspiring to commit a first-degree felony, and are being treated as juveniles, despite the severity of the charge. 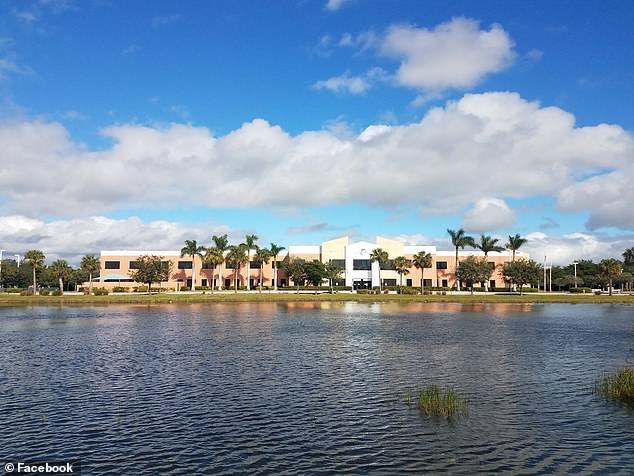 All three are currently being held at a Lee County detention center.

The school, Six Mile Charter Academy, released a statement in regards to the incident, calling the students that came forward and cooperated with police brave.

‘We are very proud of the brave students who advised administration when they found out about the plot and allowed us to immediately address the situation,’ the statement continued

‘Our highest priority is the safety and security of our students and staff.’

‘We are grateful to the Lee County Sheriff’s Office for their prompt and thorough investigation regarding a plan by three students to cause significant damage to our school.’

‘As a result of students choosing to do the right thing, the rest of our school family can now continue learning as usual.’