”You caused coronavirus, b****!’: Three 15-year-old girls are arrested for beating an Asian woman with an umbrella so badly she needed stitches and hurling racist abuse at her on a New York City bus

Three 15-year-old girls have been arrested for striking an Asian woman with an umbrella so hard that she needed stitches and hurling racist abuse on a New York city bus.

One attacker reportedly yelled at the 51-year-old victim, ‘you caused coronavirus b****!’, before launching the attack as the bus moved through Highbridge in The Bronx.

The group of four then fled the bus and three were quickly captured by police. NYPD are appealing for help identifying the fourth attacker and have released her photo.

They all face charges of hate crime assaults, menacing and harassment.

Police are appealing for information leading to the arrest of the fourth attacker. All face charges of hate crime assaults, menacing and harassment

The girls asked the woman why she wasn’t wearing a face mask before assaulting her on the MTA Bx13 in Highbridge, reports the New York Post.

They then fled the vehicle as it pulled up in Ogden Avenue and West 166th street.

A photo from the scene shows the attacker that is yet to be arrested appearing to shout across the vehicle.

Officers are offering a $2,500 reward for information that will lead to her arrest.

The victim was taken by ambulance to a local hospital after being cut in the head, where she received stitches. The attack took place at 3pm on March 28. 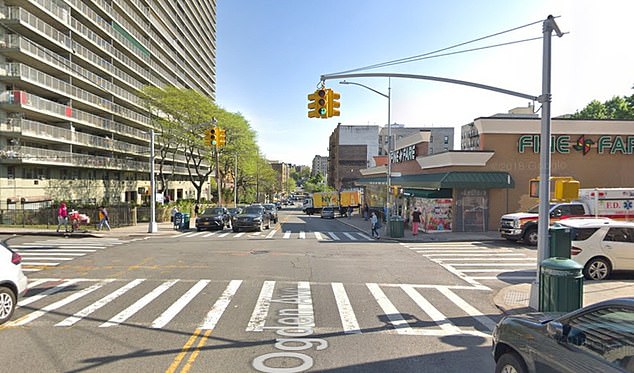