Palestinian medics say that three teenage boys have been killed in an Israeli airstrike in the southeastern Gaza Strip.

Ashraf al-Kidra of the Health Ministry says ambulance crews are bringing the bodies of the boys, aged 12 to 14, to a hospital from the perimeter fence dividing Gaza and Israel.

The Israeli army said an aircraft hit three Palestinians who approached the security fence Sunday ‘and were apparently involved in placing’ an explosive device to it.

The Gaza-Israel border area has been volatile for months as the enclave’s Hamas rulers organize weekly protests there against a decade-long Israeli-Egyptian blockade.

On Wednesday this week, Israel’s air force struck a position in the Gaza Strip used to launch incendiary balloons into Israeli territory.

Palestinians have for months been launching kites and balloons, equipped with rudimentary incendiary devices, towards Israeli farmland.

Hundreds of fires have resulted, destroying large areas of Israeli crops and causing hundreds of thousands of dollars worth of damage. 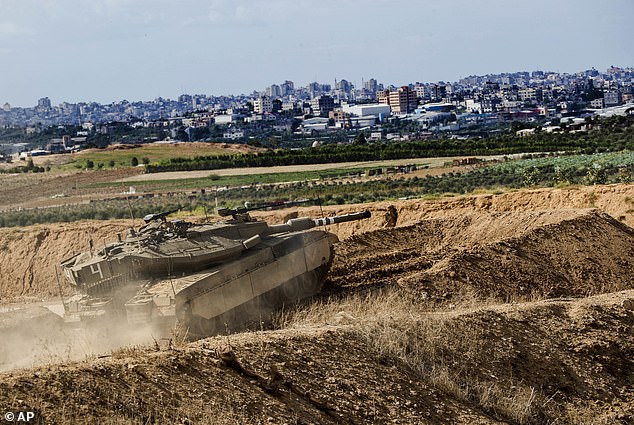 That has coincided with mass demonstrations since late March, labelled the ‘Great March of Return’, calling for Palestinian refugees to return to their former homes inside what is now Israel.

More than 700,000 Palestinians fled or were expelled in the 1948 war surrounding Israel’s creation, many of them to Gaza.

More than 160 Palestinians were killed in the protests since March.

A Palestinian sniper killed an Israeli soldier in July.