Three boys were stabbed to death on Britain’s streets

The mother of a Somali student hacked to death with a samurai sword lost another son just five months ago in a similar attack.

Fowsiya Abdi also lost a nephew who was fatally stabbed on the street in 2013. Yesterday the anguished mother called for anyone caught carrying a knife to be locked up.

She spoke out after the capital’s deadliest night of the year so far, when two men were stabbed to death within a mile of each other in Camden, north London, and another three men were seriously wounded after being stabbed or shot.

Her son, aspiring accountant Sadiq Adan Mohamed, 20, rang her as he lay dying, leaving her a voicemail message begging for help, saying, ‘I’m wounded,’ just moments after he was attacked by a gang of four wielding a samurai sword about 10pm on Tuesday. 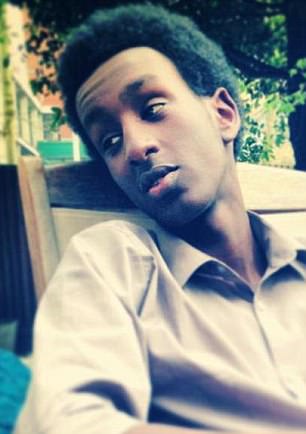 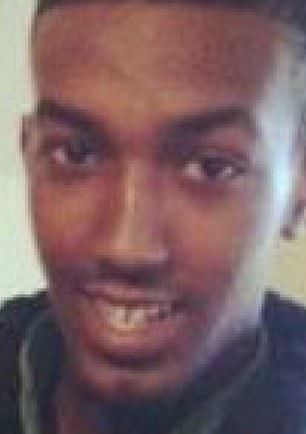 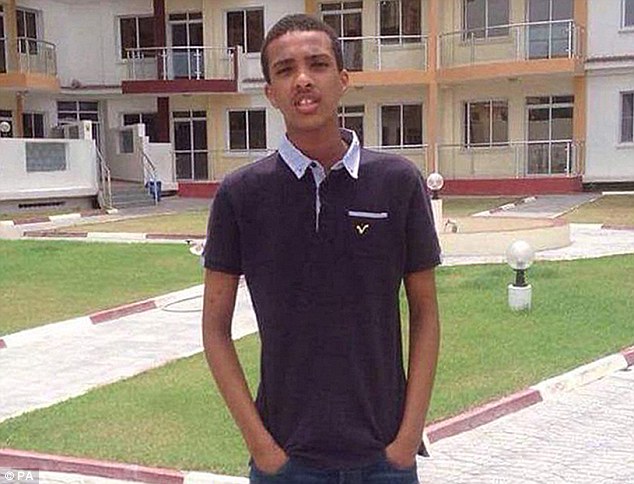 Abdikarim Hassan, 17, died after being knifed multiple times near a corner shop in Camden, north London on Tuesday

He died just under two hours after another Somali victim, 17-year-old Abdikarim Hassan, was stabbed to death as he visited a nearby corner shop.

Yesterday Mrs Abdi called for anyone carrying a blade to be ‘taken off the streets’. She spoke of her agony after her elder son and nephew, both 20, were also killed within a mile of each other in London in separate attacks.

Yesterday Mrs Abdi, 48, fought back tears at the family home in north London, as she recalled how her son rang her in his last moments.

She said: ‘He left me a message that said ‘I’m wounded, I got wounded’. But the police refused to let me see my son at the scene. After a while someone came to see me and said Sadiq was dead.

‘I don’t know who killed my son, I do not know why. But in September Mohamed was killed and now last night Sadiq was killed, and four years ago my nephew was too. They were all 20.

‘It’s unacceptable, I am now so worried for my other children, they all live in the same postcode. Sadiq was an excellent boy, he was very close to me and his family. 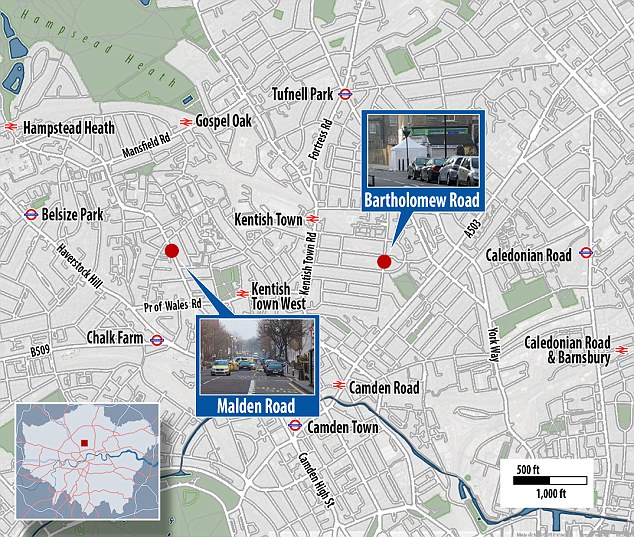 The two stabbings occurred less than a mile apart in north-west London last night. The first attack, in Bartholomew Road happened at 8.30pm and this was followed by the attack in Malden Road around 10.15pm 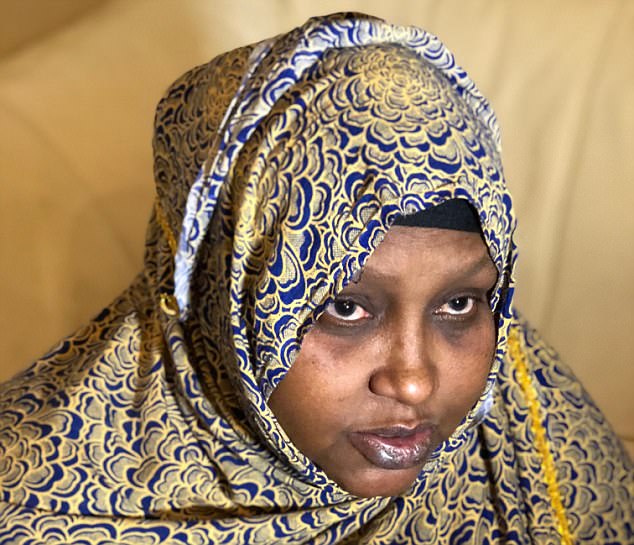 Heartbroken Fowsiya Abdi (pictured) decribed how her son Sadiq Adan Mohamed, 20, had been threatened with a Rambo knife just two months before his murder in London 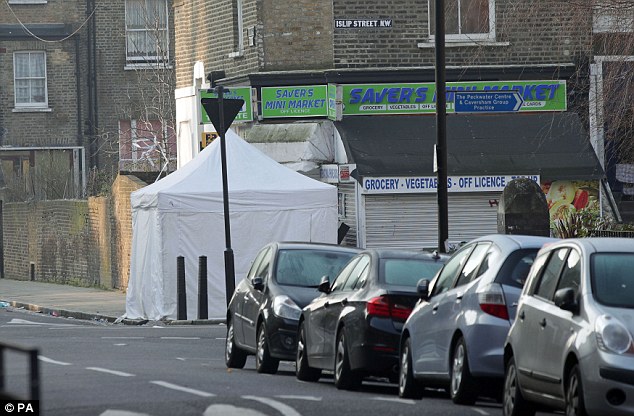 ‘He was at Middlesex University studying business and working part-time in Tesco. He did not do any drugs, or smoke, or drink alcohol. I cannot express how angry I am. I would like for anyone carrying a knife to be punished and taken off the streets and children who are excluded from school [for carrying a knife] to be stopped. If you lose a child it’s a dark day.’

Mrs Abdi said her son, who dreamed of being a City accountant, had been targeted by a gang armed with a knife and gun two months before his murder on Tuesday night.

The mother of five said: ‘On Boxing Day my son was attacked. A boy had a gun and a large knife. I took a picture of them but by the time I called the police they ran away. I was worried he would shoot me.

‘On Tuesday night at 6pm Sadiq was here and he said, ‘I’m going to the gym and then to see my friends, I’m coming back’. It’s my biggest regret that I let him go, I am so shocked.’

Last September Mrs Abdi’s elder son Mohamed Aadam was knifed to death outside a takeaway. In 2013 his cousin Mohamed Abdullahi was also fatally stabbed in the heart in a case of mistaken identity by a gang.

Yesterday the family released a statement saying: ‘This is now the constant theme in our community. We are made to believe that the police are here to protect us, but how does a mother feel her kids are protected when she has lost two in the same vicinity within months? We have lots of questions and need answers. Somebody has to listen to us.’ Police are trying to establish whether Sadiq’s death was linked to the earlier death of the 17-year-old. One witness said of the attack on Sadiq: ‘I heard a scream, a loud scream and I went to my window and he had been slashed with a samurai sword.

‘People were screaming for towels, to throw down more towels.’

Meanwhile, Miss Dick said: ‘I have spoken all too often at the anger I feel at the senseless waste of life. Today, two more families are suffering a terrible loss and my thoughts are with them. The frequency with which some of our young people are prepared to take each other’s lives is shocking.’

Additional police patrols were sent to Camden and a Section 60 order giving police powers to stop and search people was put in place on Tuesday night.

She brought her children here to escape the bloody civil war in Somalia. But a mother had to watch her son dying after he was stabbed on the street.

Abdikarim Hassan, 17, died after being knifed multiple times near a corner shop in Camden, north London on Tuesday.

His mother, Shamso Mohamed, heard sirens and rushed to the scene. Recognising his coat, she rang his mobile phone and heard it ringing in front of her.

Police refused to let her through the cordon as her son, a business student at Westminster College, lay dying feet away. 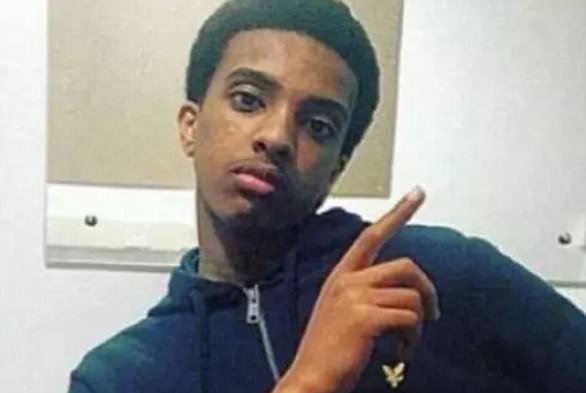 Mrs Mohamed, who brought her family to the UK when Abdi was two, was said to be too distraught to speak yesterday.

His aunt Fatima Deria, read a statement on her behalf, saying: ‘I brought my children to this country to flee from civil war but here is where he lost his life.’

She went on: ‘She said she came here for their safety, to flee from home. But he’s not safe is he? He’s dead.’

Layla Awad, a family friend, said: ‘His mother saw the lights and sirens and was wondering what was happening.

‘She said [to the police] that jacket looks like her son’s and can she have a look if it’s her son and they refused.

‘She called his mobile and it was ringing. That’s when she realised it was her son.’ Police are investigating whether his death was linked to Tuesday’s other attacks.