Three British tourists including a child have been killed after the SUV they were in plunged off a bridge in Iceland today.

A further four Britons – two of them children – were critically injured in the accident, which took place at Skeidararsandur, a vast sand plain in southern Iceland, at around 9.30am.

The Toyota Land Cruiser was carrying four adults and three children when it fell more than 26ft off a bridge. 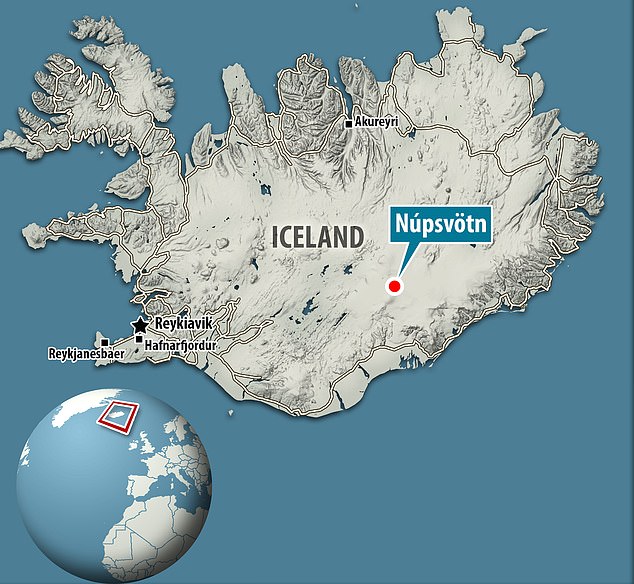 A further four people were critically injured in the accident, in Núpsvötn, south of vatnajökull glacier at around 9.30am

The vehicle slammed through a railing on a one-lane crossing. The car landed on a rocky river bank.

Chief Superintendent of south Iceland Police Sveinn Kristjan Runarsso said the four injured have been taken to hospital with serious injuries, but added that ‘we haven’t been able to talk to them about what happened’.

Tour guide Adolf Erlingsson was among the first on the scene.

‘It was horrible,’ he told The Associated Press. ‘The car seemed to have hit the ground many meters from where it stopped. We struggled getting everyone out.’

Police say it remains unclear what caused the driver to lose control of the vehicle.

All of the injured have been transported from the scene in a Coast Guard helicopter and taken to a hospital in the capital Reykjavík.