Another man has died and 37 more have been hospitalized with severe bleeding after using synthetic marijuana in Illinois, updated reports say.

There have been 107 cases reported as of Monday afternoon including three deaths, and that number has risen rapidly since the new symptom that includes bleeding from the eyes, ears and nose as well as intense bruising was first reported in early March.

Many of the people tested positive for a toxic ingredient found in rat poison which inhibits the blood’s clotting mechanism that is in place to repair damaged blood vessels that stop blood from leaking out.

Illinois officials have urged the public not to use synthetic marijuana, known as ‘fake weed’, ‘K2’ and ‘spice’, because it is impossible to know what chemicals are in it and now it will affect you.

The outbreak is expected to continue as state officials struggle to locate where the contaminated products are coming from, warning that they are likely available across the state.

‘Synthetic cannabinoids are unsafe. They are not regulated and people don’t know what chemicals may be in them, like rat poison.

‘While efforts are underway to get the contaminated drugs out of circulation, it’s possible they could re-emerge. We urge people not to use synthetic cannabinoids, now or ever.’

The death of man in his 40s from central Illinois was the third to be reported, following the deaths of two men in their 20s last week.

One of those men was a 22-year-old from Peoria who was hospitalized with internal bleeding and admitted to using K2.

What is synthetic cannabis?

Synthetic marijuana contains man-made chemicals that act on the same cell receptors in the brain as THC does in natural marijuana.

Manufacturers first started to sell synthetic pot in the early 2000s, marketing them as ‘safe’ alternatives to marijuana that do not show up on drug tests.

They consist of a mix of plant material – herbs or spices, hence the name – that have been sprayed with chemicals to mimic the effects of marijuana and other cannabinoids.

But often, the chemicals have drastically different and dangerous effects.

Spice and K2 can cause seizures, nausea, vomiting, high blood pressure and erratic and even violent behavior.

This is the first time that severe bleeding has been associated with the drugs known as cannabinoids, a mix of hundreds of chemicals that act on the same brain cell receptors as the active ingredient in marijuana.

Along with bleeding from the eyes, ears and nose, other symptoms have included coughing up blood, blood in the urine and bleeding gums.

‘It’s really an emergency in terms of getting this information out to the public,’ Dr Allison Arwady, chief medical officer at the Chicago Department of Public Health, told CNN.

‘Experimenting with these substances is just dangerous for your health. We don’t know what’s in them at the best of times, and right now, we know that what is in them can potentially be life-threatening.’

‘Because these products are not regulated, it’s difficult to know the chemical make-up, source and distribution.’

Several of the cases have been linked to brodifacoum, a toxic substance used in rat poison.

The substance is an anticoagulant and can affect levels of vitamin K in the blood which is necessary for clotting.

In healthy people, the body’s clotting mechanism is in place to repair damage to blood vessel walls and minimize the amount or blood that leaves the injured vessel.

Anticoagulants such as brodifacoum work against that mechanism and thus can cause severe internal bleeding throughout the body. 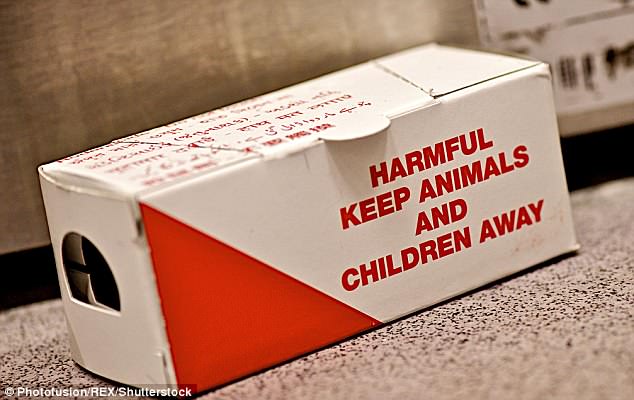 The IDPH has warned that anyone experiencing bleeding or bruising after using synthetic cannabis should seek treatment right away.

Pharmacists have been asked to warn people that over-the-counter vitamin K supplements are not strong enough to treat hypoprothrombinemia.

K2 used by one of the people hospitalized was traced back to a convenience store in Lawndale called King Mini Mart, according to the Chicago Tribune.

A undercover officer went to the store on Sunday to buy the K2 and arrested two Jamil Abdelrahman Jad Allah, 44, and Adil Khan Mohammed, 44.

On Sunday evening the owner of the store, Fouad Masoud, 48, was arrested while leaving his home with a bag containing $280,000.

Police reportedly found 3,000 grams of brodifacoum-laced K2 labeled as ‘Purple Giant’ in Masoud’s home and 2,000 grams behind the store.

The three men each face up to 20 years in prison. 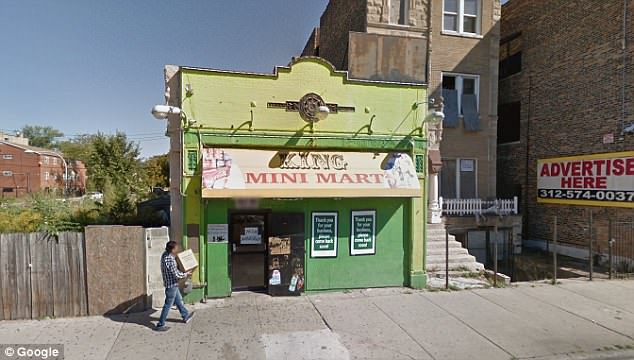 Three men were arrested at a convenience store in Lawndale, Illinois, where police found nearly 2,000 grams of K2 laced with rat poison

The IDPH has said synthetic pot manufacturers could be tweaking the recipe for these products to get around a statewide ban and allow them to be sold legally.

‘Despite the perception that synthetic cannabinoids are safe and a legal alternative to marijuana, many are illegal and can cause severe illness,’ Dr Nirav Shah, IDPH director, said.

‘The recent cases of severe bleeding are evidence of the harm synthetic cannabinoids can cause.’

The health effects of using synthetic cannabinoids can be unpredictable, dangerous and possibly life-threatening because it’s difficult to know what’s in them or how a person will be react to them.

Synthetic pot has been known to create a ‘zombie-like’ psychotic effect with extreme anxiety, paranoia and hallucinations.

Since 2015 hundreds of people across the US have overdosed and been hospitalized after smoking too much or bad batches of synthetic cannabis.

K2 was long sold in corner stores, wrapped in bright packaging and bearing a ‘not for human consumption’ stamp.

Government agencies are finally beginning to crack down on the unregulated substance.