Two young children and a woman found dead inside a burnt-out house may have been killed in a murder-suicide.

The brick house with a pink tricycle and scooter resting against a wall has been turned into a crime scene after the fire destroyed the home Monday morning.

The charred bodies, which have not yet been identified, were not discovered until the house in Canberra was searched in the afternoon for a second time. 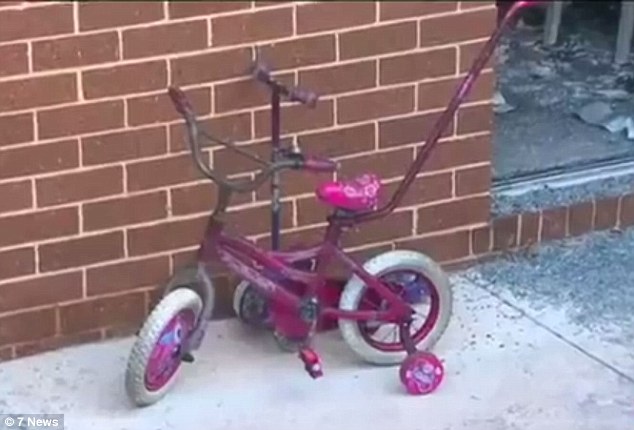 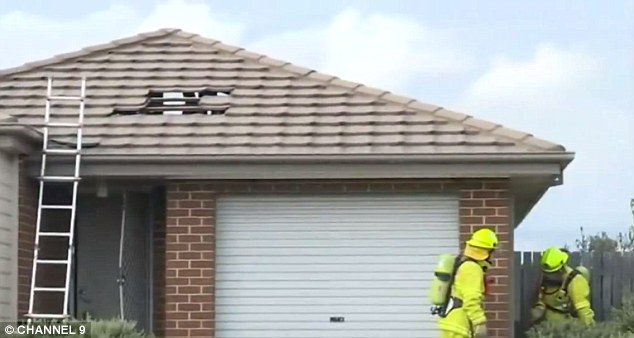 The blaze at the property in Bonner, in the capital’s north, was started deliberately in four different locations.

‘The indications are it’s been deliberately lit,’ he said.

Detectives are unsure whether the woman and two children were trapped inside the house or whether they were killed before the house was set alight.

Authorities are investigating all causes including whether the fire was a murder-suicide according to 7 News.

Neighbours said a mother, believed to be in her 30s, and two young children had lived at the house for five years according to 9 News.

‘It’s a difficult scene … it’s a horrific incident … and it has a significant impact on all the emergency services that attended,’ Det Supt Moller said.

Initial morning searches of the house confirmed no people were inside, raising questions about how the bodies were not discovered until later that afternoon. 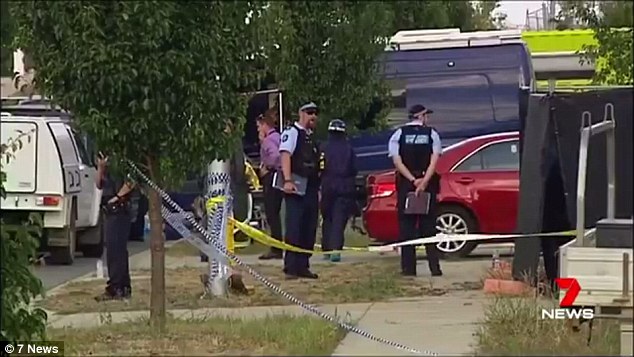 Detectives said the fire was started in four different locations, appearing to be deliberately lit An ACT Policing spokesman declined to comment further on how they were missed first time around when asked by Daily Mail Australia.

They also said they were unable to confirm details of the identities and ages of the three people who died.

Witnesses reported the fire at 8.40am when smoke was seen billowing from the roof and called fire crews.

Investigations will be ongoing as the morning fire burnt the house so badly it is structurally unsafe. 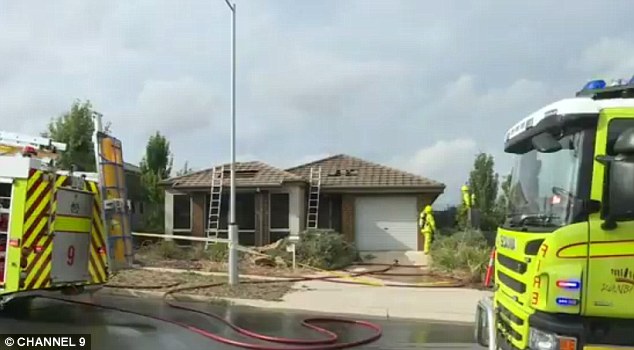 Detectives are now appealing for witnesses and have urged people with information to come forward.

‘At this time the identities of the deceased persons have not been confirmed.

Anyone who may have seen the incident or witnessed anything which can help the investigation is asked to call CrimeStoppers on 1800 333 000 or via the Crime Stoppers ACT website quoting reference 6235814. Information can be given anonymously.