A drive-by shooting left three men injured as mourners gathered to mourn the death of Rashan Charles, who choked aged 20 after swallowing a package when police chased him.

Witnesses reported that one man was shot in the stomach in Dalston, East London, last night.

Police say that three males are in hospital with injuries that are believed to be linked to the incident.

Gunfire sounded as people stood outside the Yours Locally shop where Mr Charles died after swallowing a package containing paracetamol and caffeine as officers detained him on July 22 2017.

The Metropolitan Police said officers were called to the scene in the London Borough of Hackney at 10.30pm. 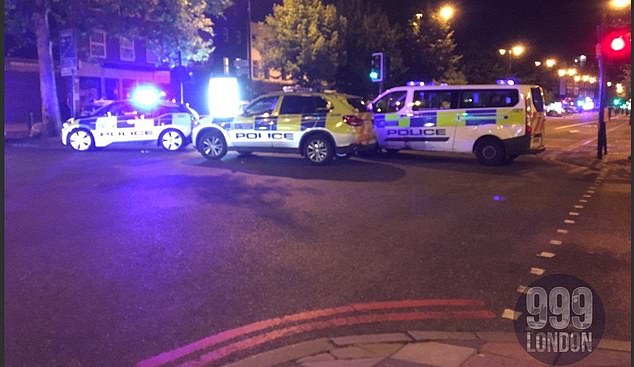 Police are pictured at the scene in Dalston, where a suspected drive-by shooting has resulted in three males being injured 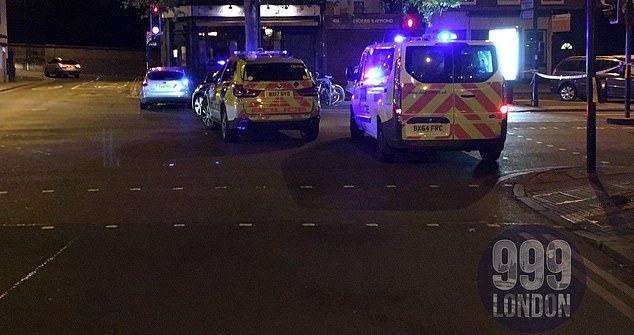 A spokesperson said that the conditions of the victims are currently unknown. Footage shared by @999London shows police vans blocking the road.

Police have not yet made any arrests and remain at the scene, where a cordon is in place. 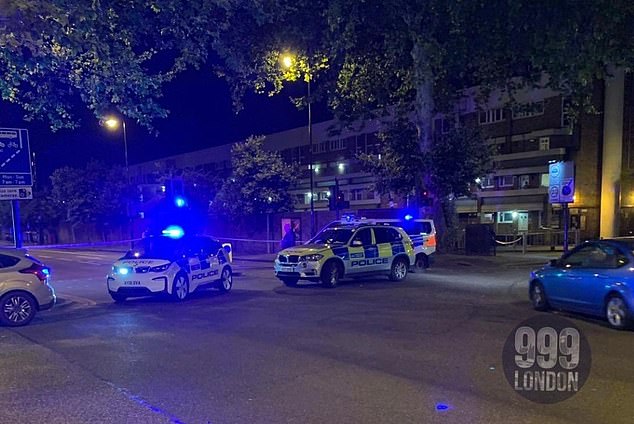 Pictured:  Police cars at the scene in Dalston, East London, last night, where a shooter reportedly fired a gun at a man’s stomach

Well-wishers had congregated to mark the second anniversary, with eyewitness Fiona Stewart telling Mirror online that ‘trails of blood’ were left on the pavement.

‘A lady was sat down outside and said she was with the guy who had been shot in the stomach,’ she said. ‘I don’t know if he (the shooter) was aiming at him or the group.’

She said that a man in the supermarket saw a masked shooter and another woman told her it was a black car.