A married lesbian couple and all six of their adopted children, including one who made national headlines when he hugged a police officer during a protest, were in an SUV that plunged 100-feet off a cliff in California.

Jennifer and Sarah Hart, both 39, were killed when their 2003 GMC Sierra truck crashed off the scenic Pacific Coast Highway in Northern California onto rocks in the ocean.

The bodies of three of their children – Markis Hart, 19, Jeremiah Hart, 14, and Abigail Hart, 14 – have since been recovered by authorities.

Police believe the couple’s three other children – Hannah Hart, 16, Devonte Hart, 15 and Sierra Hart, 12 – were also in the car at the time but their bodies have not yet been found.

‘We have every indication to believe that all six children were in there,’ Mendocino County Sheriff Tom Allmon said.

‘An entire family vanished and perished during this tragedy.’

Sarah (center) and Jennifer (far right) Hart are pictured with their six adopted children in 2016. Three of their children were found dead alongside them on Monday, while the three others are still missing 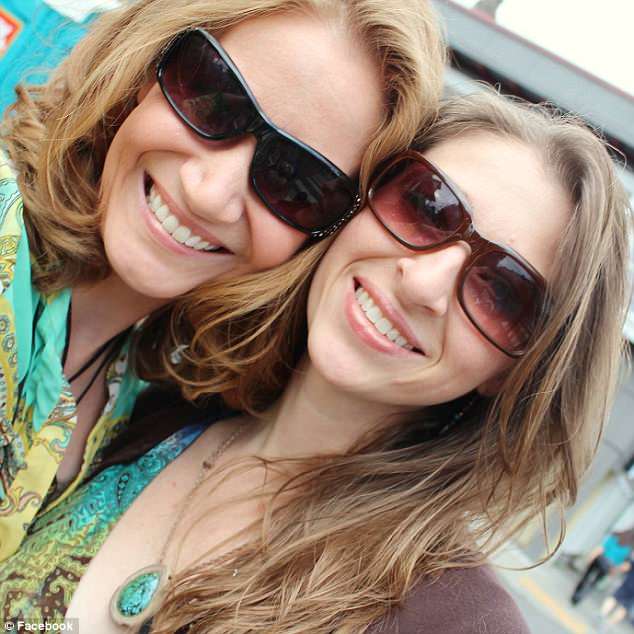 Sarah (left) and Jennifer (right), both 39, were killed alongside three of their teenage children when their car crashed off the scenic Pacific Coast Highway in California on Monday

The sheriff’s office said the Harts had received a visit from Child Protective Services on Friday following complaints from neighbors.

Neighbors told police they saw the couple and their six adopted children leave the home in a hurry shortly after not answering the door to the child services worker.

The family’s car was spotted at the bottom of the cliff three days later.

The three children who were found dead had been thrown from the car, while the two parents were found inside the car.

Searchers scoured the coast on Wednesday searching for the three unaccounted for children.

The California Highway Patrol has not determined why the vehicle went off an ocean overlook on a rugged part of coastline. A specialized team of accident investigators is now trying to figure that out. The weather at the time was reported as clear, and drugs and alcohol were not considered factors.

The sheriff said ‘there were no skid marks, there were no brake marks’ at the turnout on the Pacific Coast Highway where the vehicle went over.

Allmon said there was no reason to believe the crash was a deliberate act. 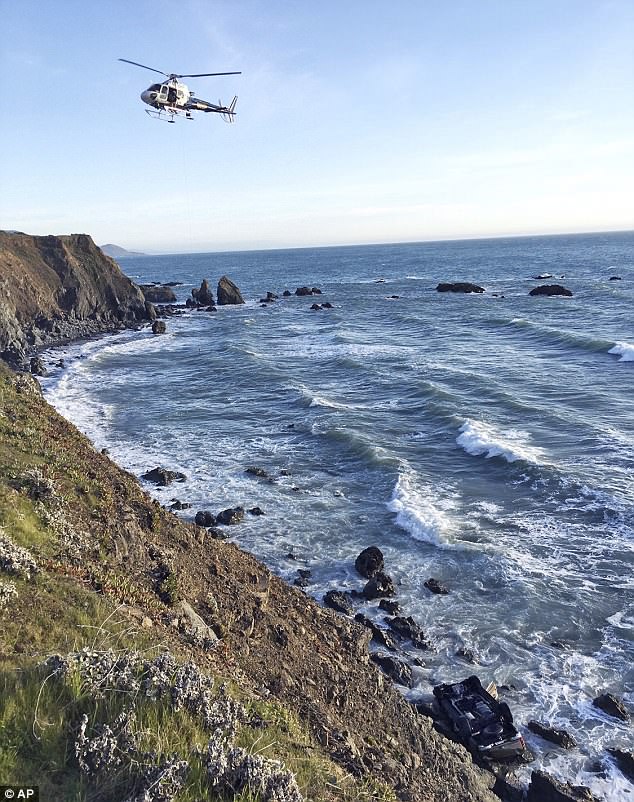 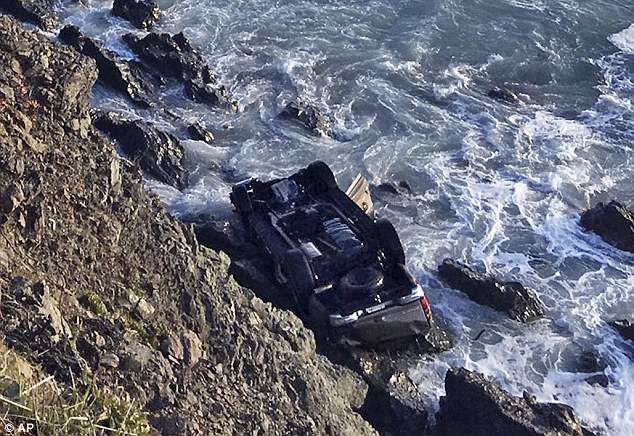 The three children who were found dead had been thrown from the car, while the two parents were found inside the car by authorities 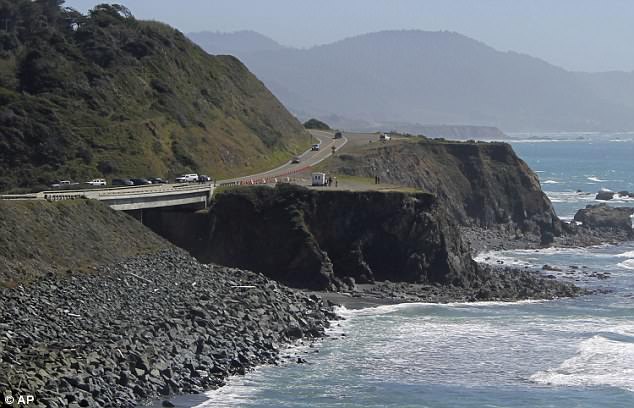 Searchers looking for the three missing children were using boats, aircraft and drones to scan the ocean and nearby beach on Wednesday

Bruce and Dana DeKalb, who lived next door to the family, said they called child welfare officials last week after becoming concerned that one of the children, Devonte Hart, had been coming to their house too often in the past week asking for food.

Devonte made headlines in 2014 when a photo of him tearfully hugging a police officer in Portland during a Black Lives Matter rally went viral.

The boy had told neighbors that his parents would keep food from him and his siblings as punishment. The DeKalbs said he asked them to leave food by the fence so his parents wouldn’t find out.

The DeKalbs also recounted a night three months after the family moved in when one of the girls rang their doorbell at 1.30am.

‘(She) was at our door in a blanket saying we needed to protect her. She said that they were abusing her,’ Bruce said.

Other previous neighbors also reported suspicions the children had been abused.

Sarah Hart had previously been convicted in Minnesota of domestic assault back in 2011.

Online court records said Sarah’s plea in Douglas County also led to the dismissal of a charge of malicious punishment of a child. No other details were immediately available. 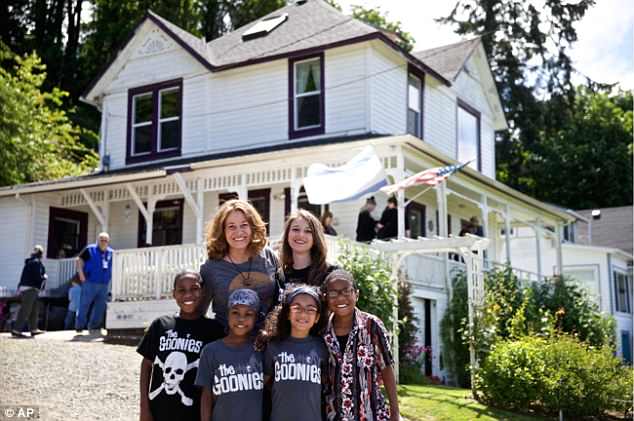 The Harts, pictured with four of their children in 2014, were married. Sarah Hart (left) had previously been convicted in Minnesota of domestic assault back in 2011 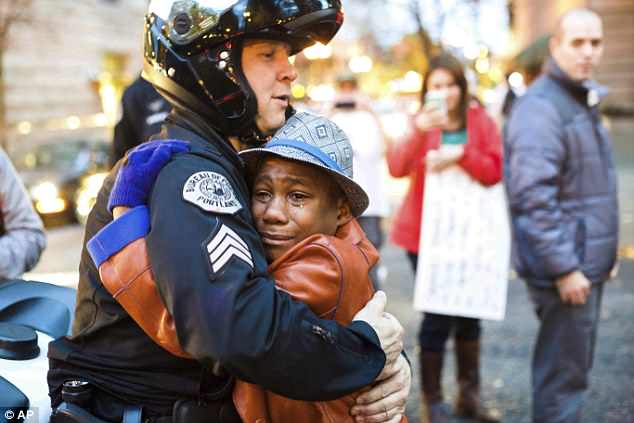 One of the couple’s children who is still missing, 15-year-old Devonte, made headlines in 2014 when a photo of him tearfully hugging a police officer in Portland at a rally 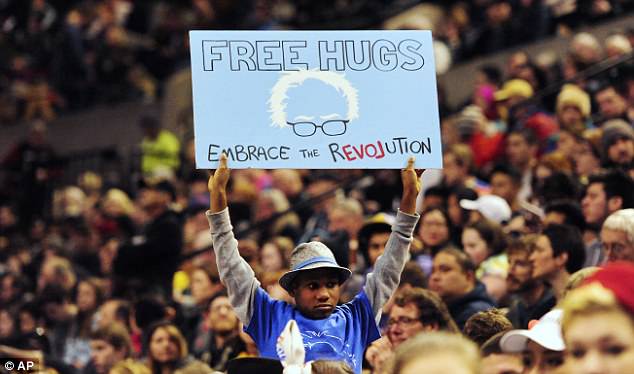 Devonte Hart, pictured above, is one of the three Hart children still missing after the crash. He is pictured above at a  Bernie Sanders rally in Portland in 2016

Bill Groener, who lived near the family at their previous home, said the children were often kept inside.

‘Something just didn’t seem right. They were very isolated in the home,’ he said, adding he felt ‘guilty he never called (child) services’.

The crash report for the incident states that the couple’s 2003 GMC Sierra truck was driving south along Highway 1 on Monday when it pulled into a dirt turnout along the road and, for unknown reasons, continued directly off the cliff.

In a photo of the crash, released by the California Highway Patrol, the truck is seen on its roof on rocks.

Firefighters had to rappel down the cliff to retrieve the bodies – after they were discovered around 3.40pm on Monday by a passerby – and a helicopter was called to lift them up

Searchers looking for the three missing children were using boats, aircraft and drones to scan the ocean and nearby beach. Choppy conditions prevented divers from joining the search. 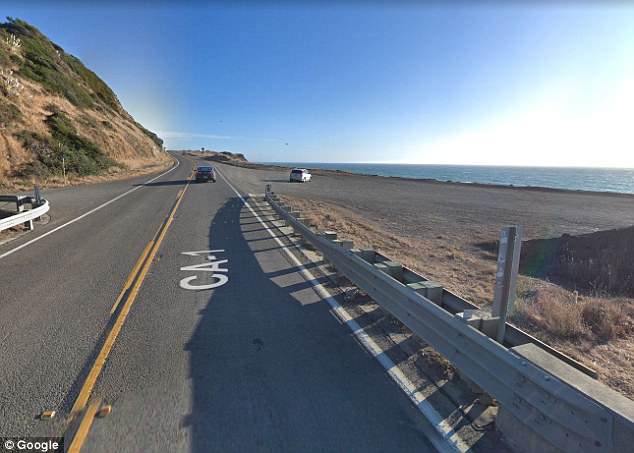 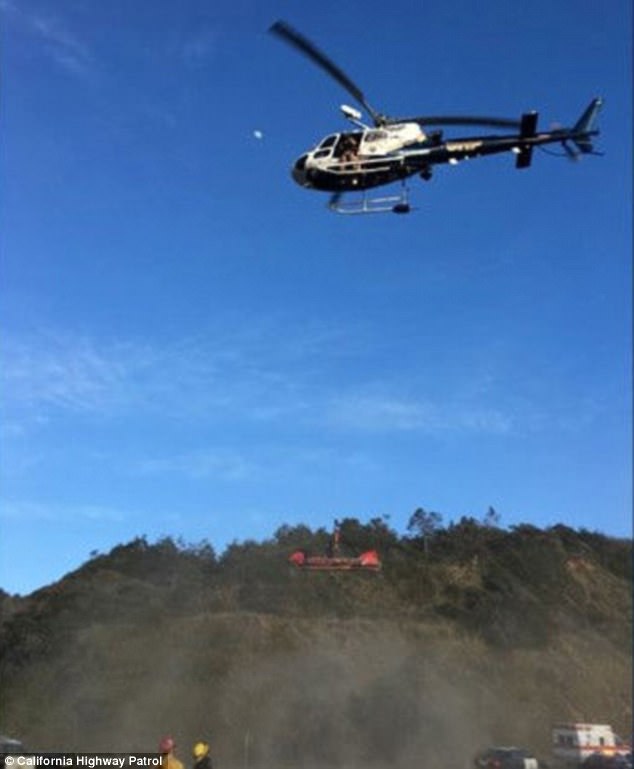 The weather was reported as clear, and drugs and alcohol were not considered factors. An investigation is underway (Pictured, a helicopter arrives to lift up the bodies)