Three killers who stabbed boy, 16, to death with a ‘Rambo’ knife face jail

Victim: Abdullah Muhammad, 16, was killed after he and his 15-year-old brother were robbed in Sara Park, Birmingham

Three killers who prowled the streets looking for people to rob before stabbing a teenage boy to death with a Rambo knife have been jailed for a total of 73 years.

Abdullah Muhammad, 16, was knifed as he and his 15-year-old brother walked in Sara Park, Birmingham on February 20 this year.

Demille Innis and Amari Tulloch, both 20, and Delero Walters, 18, killed the teenager after preying on members of the public.

CCTV shows the trio meeting up in the Small Heath area of the city before they spent hours roaming the streets robbing people at knifepoint, stealing phones and watches before targeting Abdullah and his younger brother.

Innis, who admitted murder and two robberies, was jailed for life and ordered to serve a minimum of 29-and-a-half years.

Tulloch and Walters were found guilty of manslaughter and robbery and were jailed for 23 and 21 years respectively.

After the case, Adbullah’s heartbroken father told how he had to ‘wash, prepare and then bury his son’.

In an emotional victim impact statement, he said: ‘My son Abdullah was a loving, respectable and hardworking young man, who would always look out for and help his brothers and sisters, who clearly looked up to him in admiration. 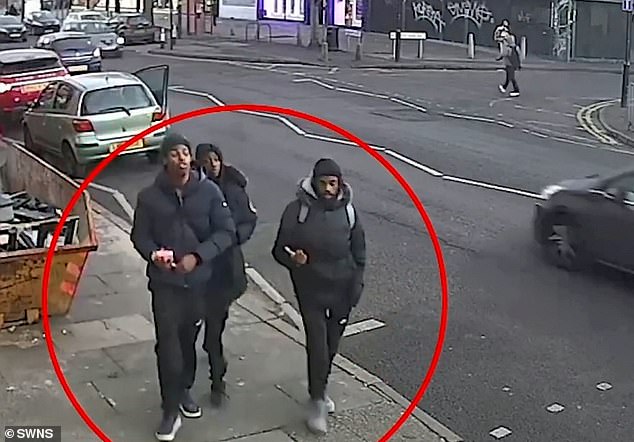 Demille Innis (left), Delero Walters (centre) and Amari Tulloch (right) pictured before the stabbing. CCTV shows the trio meeting up in Small Heath before they spent hours roaming the streets robbing people at knifepoint, stealing phones and watches before targeting Abdullah and his younger brother

‘We were planning for Abdullah to learn to drive and assist in his further education in Business Studies and to help with the family which he was excited to do.

‘That’s all gone now; everything has changed for our family here and abroad.

‘His death has left a massive hole within our family and we miss him so very much.

‘I know my son did not die a coward, when faced with danger he fought for his own life against men carrying a disgracefully frightening weapon.

‘The worst day of my life was the day I had to wash, prepare and then bury my son. I saw what these men did to him. No parent should have to experience that.

‘These men, through their chosen actions have taken the most precious gift we have, life and we will never forget the honourable man who is and always will be our beloved son, Abdullah Muhammad.’

The brothers had been walking through Sara Park at 7.45pm when the gang approached them and started asking them questions before launching the attack.

The younger boy was knocked to the ground while Abdullah bravely tried to grab a knife Innis was holding but he was fatally stabbed in the chest.

Emergency crews rushed to the scene and desperately tried to save Abdullah but he died at the scene. 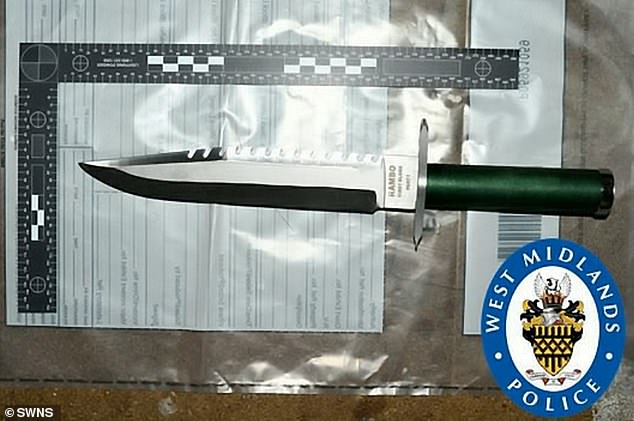 Police raided Tulloch’s home and found a stash of knives, including a hunting Rambo-style one, which had traces of Abdullah’s blood on the blade

Two minutes later the gang were caught on CCTV calmly walking down the street before hiding in Tulloch’s brother’s flat nearby.

Days later Tulloch went on the run to Bradford before being arrested on March 10 in Lincolnshire for an unrelated offence.

Police raided his home and found a stash of knives, including a hunting Rambo-style one, which had traces of Abdullah’s blood on the blade.

Detectives also found a Michael Kors watch which belonged to another robbery victim who the gang had targeted on the night of the killing.

Superintendent Edward Foster, of West Midlands Police, said: ‘This was a horrific, unprovoked attack on two teenagers who were going out about their business, resulting in a teenager tragically losing his life, all seemingly for a mobile phone.

‘We want to recognise the bravery of Muhammad’s brother and the robbery victim for being witnesses in the trial, their accounts were invaluable in helping us bring these men to justice.’ 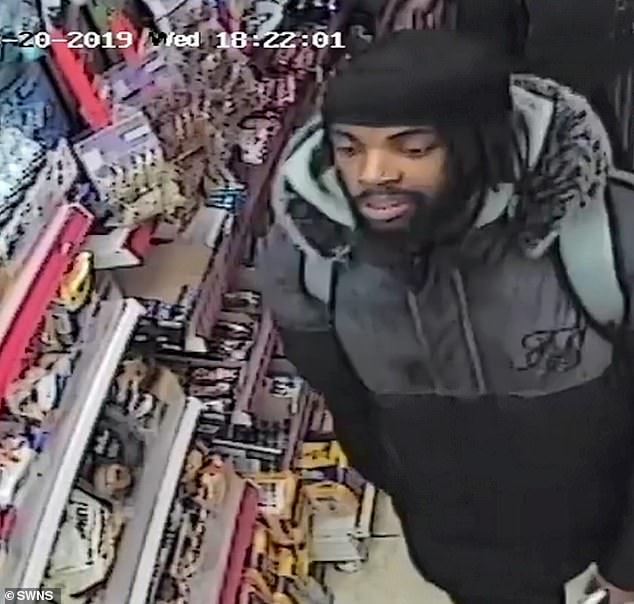 Amari Tulloch, prior to the stabbing , pictured in a shop on the Coventry Road, Birmingham 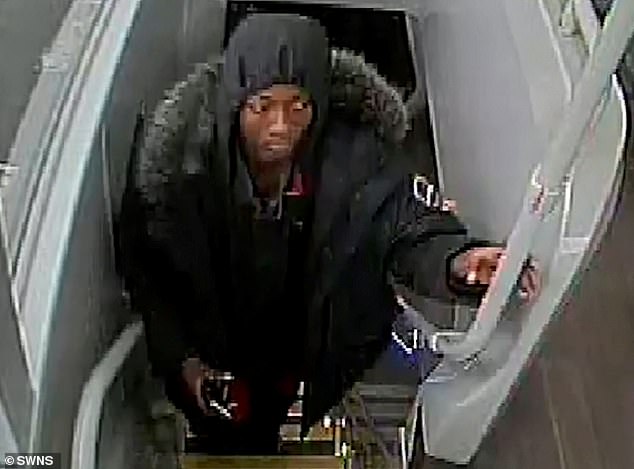 Delero Walters prior to the stabbing. Tulloch and Walters were yesterday found guilty of manslaughter and robbing two other people