Three students at Marjory Stoneman Douglas High School were arrested this week as a Florida sheriff reveals a school deputy has been placed on leave for sleeping on the job.

The Broward County Sheriff’s Office said a sophomore student was arrested Tuesday for posting threatening messages on Snapchat, including one of a gun.

In one image, the teen was pictured with a weapon tucked into the waistband of his pants. The second photo was of bullets, the department said.

Detectives said both photos had threatening messages, and one was directed at someone named ‘Josh’.

18-year-old Jordan Salter, a student at Marjory Stoneman Douglas High School in Florida, was arrested for bringing a knife to school 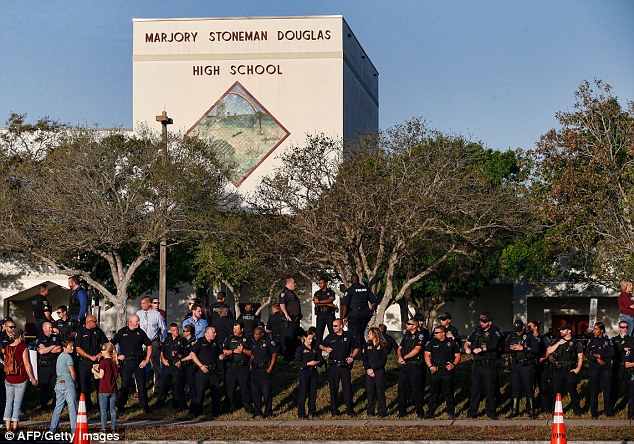 Two other students at the Parkland high school were arrested. One for bringing a knife to school and the other for making threats on Snapchat 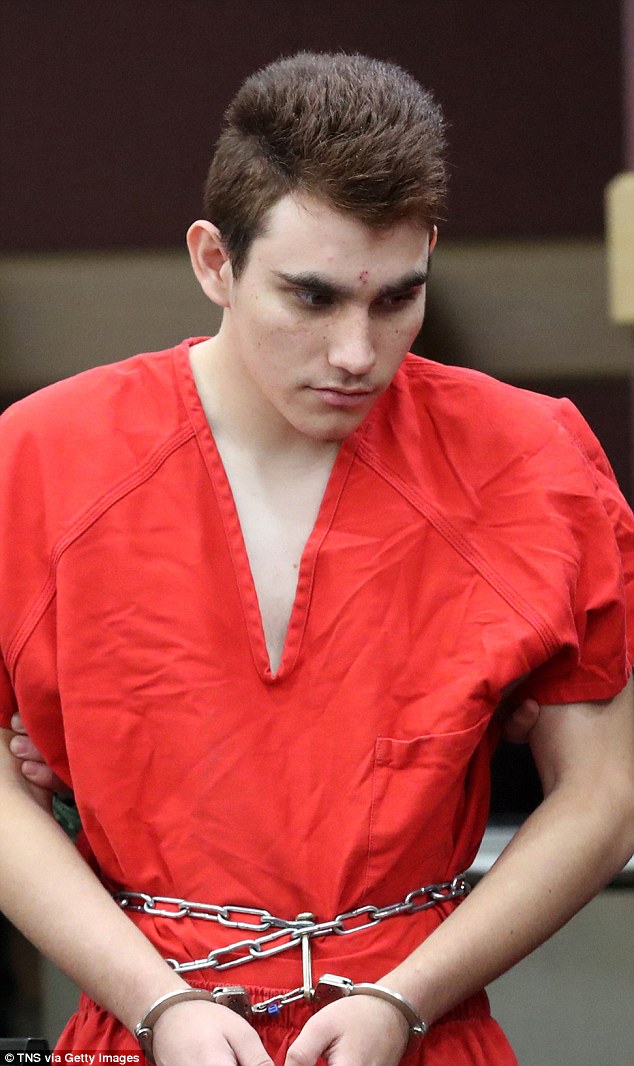 According to the Sun Sentinel, the teen told detectives that the weapon was a BB gun and the bullets belonged to his father.

An arrest report, the outlet claims, stated that the student allegedly used the moniker ‘NickCruz’ for an online game he played.

Nikolas Cruz, 19, shot and killed 17 students and teachers at the Parkland, Florida school on February 14. He’s been charged with 17 counts of premeditated murder. His brother, Zachary Cruz, was arrested on Monday for trespassing at the high school.

The Broward County Sheriff’s Office said the teen’s actions interfered with school function and disturbed the peace. The student, who was not identified, faces a misdemeanor charge for making a threat on social media.

He was hospitalized under the Baker Act for being a threat to himself and will be transferred to the Juvenile Assessment Center once he’s medically cleared, ABC Action News reports.

Also on Tuesday, police arrested 18-year-old Jordan Salter. According to detectives, she pulled a two-inch knife out of her bra during an incident involving another student in the cafeteria. It’s not clear if she will face any charges.

In a separate incident Monday, 16-year-old Gavin Stricker was arrested for brandishing a knife on the bus. Police said when school officials searched the teen’s backpack they found he was carrying a nine-inch blade.

The boy’s mother, Amanda Stricker, said he brought the weapon to school for protection. She told detectives that her daughter was in one of the classrooms Cruz shot up. The girl survived the rampage. 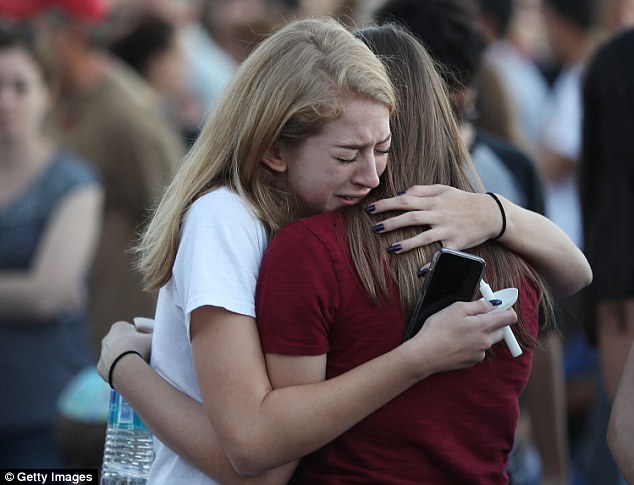 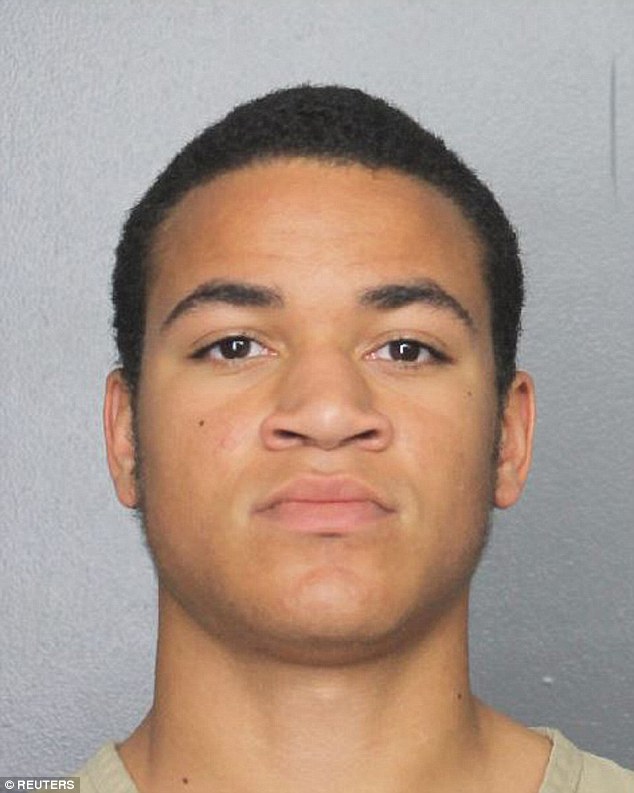 Zachary Cruz (pictured), the brother of Nikolas Cruz, was arrested for trespassing on school grounds. His brother was charged with 17 counts of premeditated murder for the February attack

After news of the arrests, Florida governor Rick Scott requested that an armed police officer be stationed at every entrance to the school.

‘Following the loss of seventeen innocent lives at Marjory Stoneman Douglas High School, our state has been focused on making our schools safer and doing everything possible to prevent a tragedy like this from ever happening again. Every student in Florida deserves to know that their school is safe, and every parent deserves to know that their children are being protected,’ he said in a letter to Broward County Sheriff Scott Israel and Superintendent Robert Runci, Action News reports.

‘Recent events at the school have demonstrated the need for additional security measures to be implemented. … Today, I am requesting that immediate action be taken to require an armed law enforcement officer to secure every point of entry at Marjory Stoneman Douglas High School while students are on campus.’

A school deputy was also suspended this week after a student caught him sleeping in his patrol car.

Veda Coleman-Wright, a spokeswoman with the Broward County Sheriff’s Office, told the Sun Sentinel that Deputy Moises Carotti fell asleep in his car while on the job. A student alerted the sheriff on duty, who then went and woke up Carotti.

He’s been suspended with pay while an internal affairs investigation is launched.