Police were called to Bent Street in Wingham around 10pm on Saturday, following reports two girls, aged 13 and 15, had been assaulted at a public park.

Three men, aged 21, 24 and 31, were arrested by Sex Crimes detectives at a business in Wingham just before midday on Tuesday.

First responders were called to Bent Street in Wingham (pictured) around 10pm on Saturday, following reports two teenage girls, aged 13 and 15, had been assaulted

Another 21-year-old man was arrested around 2:30pm in the same town.

Officers stormed two hotel rooms on Bent Street where a number of items relating to the investigation were seized.

A crime scene was also established at the park and later examined by specialist forensic officers.

The four men, all Tongan Nationals, were taken to Taree Police Station.

The 21-year-old man was charged with aggravated sexual intercourse with a child aged between 10 and 14 years.

The other 21-year-old man and the 24-year-old man were each charged with two counts of intentionally sexually touch a child aged between 10 and 16 years.

The 31-year-old man was released without charge.

The three men accused are due to front Taree Local Court on Wednesday.

Investigators are working with the Department of Home Affairs in relation to the visa status of the group. 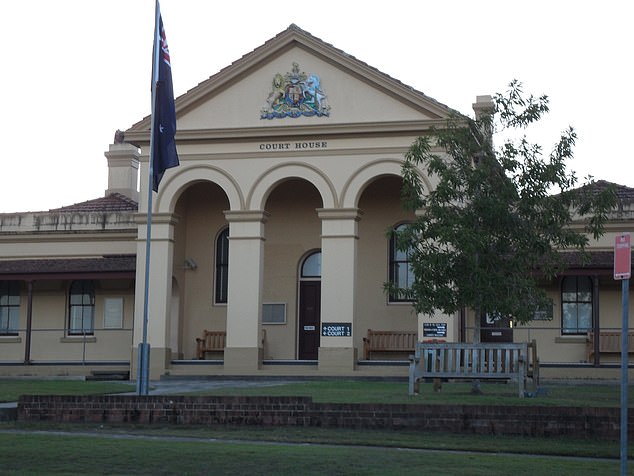