Three men and a toddler found shot to death in Brooklyn

Four family members – including a one-year-old baby girl – were found shot to death in a Brooklyn apartment early on Wednesday morning.

Law enforcement sources told the New York Daily News that there was no sign of forced entry into the fourth-floor apartment and that they suspect the deaths might be a triple murder-suicide.

All the victims were found with bullet wounds to their heads.

However, police have said that they are continuing their investigation to make sure that no suspect is on the loose. 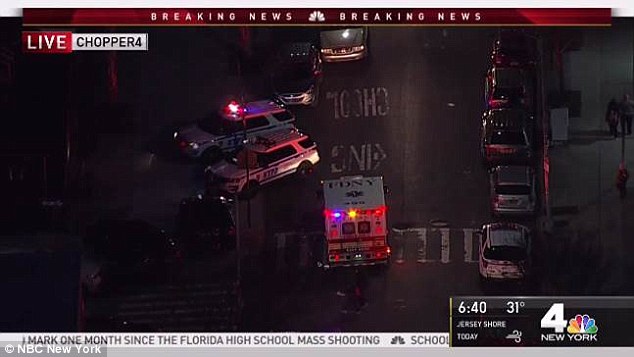 The victims include a one-year-old girl. Cops told the New York Daily News that they suspect the deaths are a triple murder-suicide

All four are related, either by blood or marriage.

A grandmother found the four victims dead with gunshot wounds to their heads when she came over to babysit around 5am.

The woman was married to the 57-year-old man found dead in the apartment, Deputy Chief Michael Kemper said according to PIX 11.

The location of the apartment is on Thatford Avenue in Brownsville, one of the most violent neighborhoods in New York City.

Police shut down the street outside the apartment so that they could investigate.