Three men have been arrested in connection to a 2017 shooting in Ohio that left one woman dead and eight people wounded at a gender reveal party for another woman who had faked her pregnancy.

The gunfire that erupted on July 8, 2017, at a home in Colerain Township, about 20 miles northwest of Cincinnati, killed Autum Garrett, a 22-year-old mother-of-two from Andrews, Indiana. 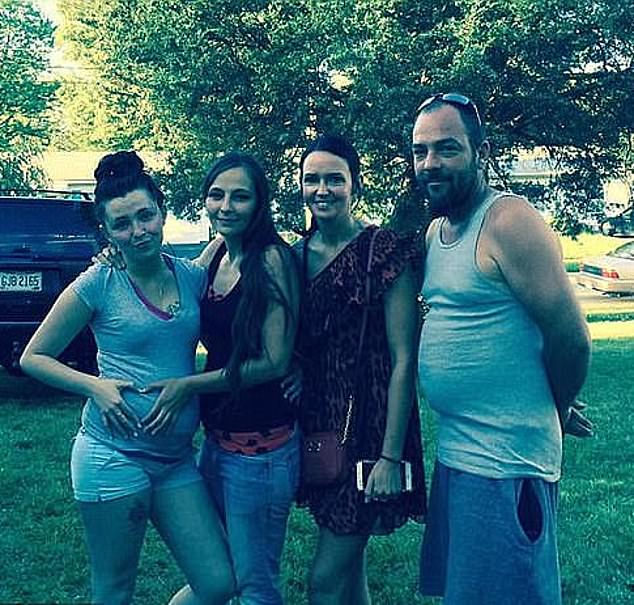 Garrett’s relative Cheyanne Willis, then 21 (far left), had falsely claimed that she was pregnant

Three children and a dog were among the wounded. Police determined the shooting was targeted and drug-related after connecting multiple witnesses to drug rings.

Authorities said it took almost a year and a half to make arrests in the case because detectives looked into several false leads. Colerain Township Police Chief Mark Denney said uncooperative witnesses provided misinformation that ‘hindered the investigation, no doubt.’

‘From the very beginning of this investigation, we met significant resistance that is uncommon from victims of crime wanting a resolution,’ Denney told the Cincinnati Enquirer.

Witnesses told police about 30 people attended the gender reveal party for then-21-year-old Cheyanne Willis, but only about a dozen stayed into the night to watch a Spider-Man movie. 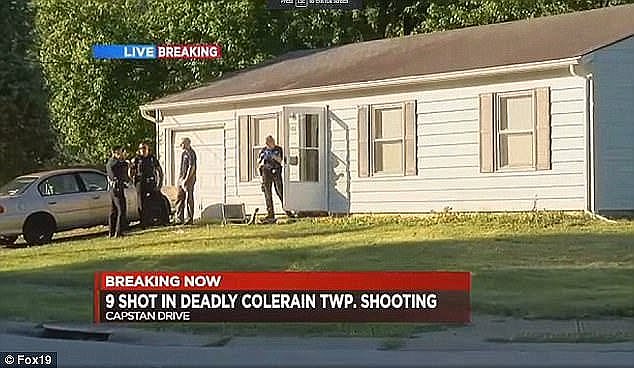 Willis and a dozen guests were watching a movie inside her home in Colerain Township on July 8, 2017, when two armed men walked in and opened fire 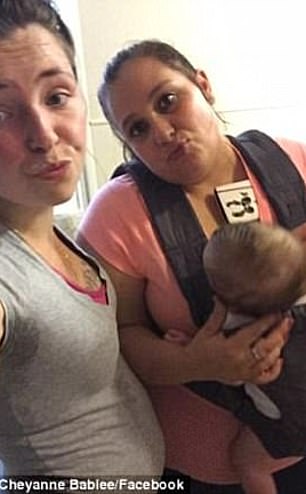 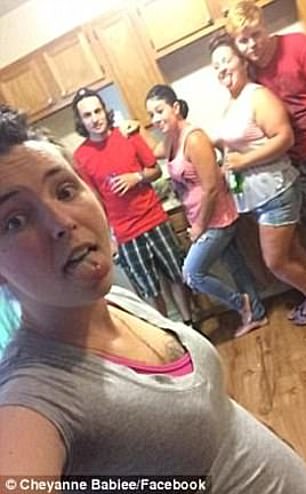 Eight people, including Willis (pictured in a grey T-shirt), were wounded. Garrett (pictured right in denim shorts) died where she sat on the couch

Two armed men burst into the home on Capstan Drive through an unlocked door around 11pm and sprayed at least 14 rounds of bullets into the living room before fleeing.

Autumn Garrett died on the couch where she sat. Her obituary later described her as a devout Christian and a hard worker who enjoyed being outdoors.

Willis claimed to have suffered a miscarriage after being shot in the thigh. Investigators later found that she was not pregnant at the time of the shooting.

The young woman was the subject of a brutal attack on Christmas Eve 2014 where she was beaten up by another woman in a parking lot. The assault was captured on video and shared on social media.

It showed Willis’ attackers writing the words ‘I got my a** whooped’ on her forehead.

Her ex-boyfriend Quincy Gardner, then 20, and a woman, 21-year-old Cheyenne Fisher, were charged with robbery in connection with the incident. 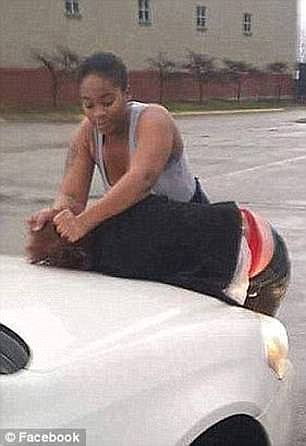 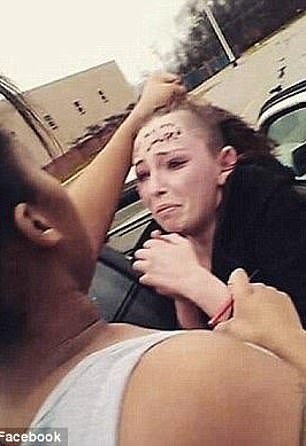 Fisher later said in a Facebook post that she ‘slapped her up’ because she believed Willis had stolen her car.

Weeks after that incident, a grand jury decided not to indict Gardner and Fisher.

Garrett was Willis’ cousin. Her husband, Bryan, and two children – son Bryan Jr and Layia – were injured in the shooting.

Police said they have found no evidence to suggest that the Garrett family had anything to do with the drug trade.

Autumn’s brother, who described himself as the victim’s best friend, told WLWT that news of the suspects’ arrests brought ‘tears of joy’ to their mother’s eyes.

Bishop, who is currently serving a five-year prison sentence on an unrelated drug trafficking conviction stemming for the sale of methamphetamine, heroin and cocaine, was charged with two counts of murder, two counts of felonious assault and attempted murder. 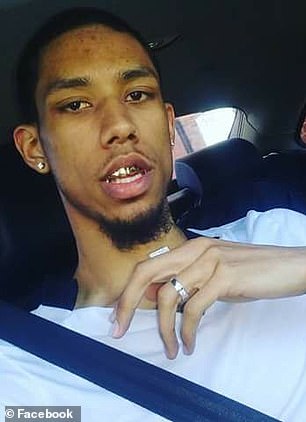 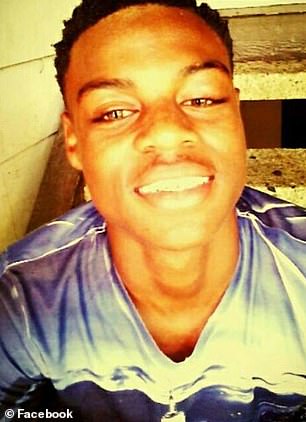 Echols was previously named a suspect in a 19-year-old man’s shooting death in Columbus, Ohio, which took place less than 24 hours after the deadly incident in Colerain Township.

The 23-year-old was never formally charged with murder in that case.