This is the shocking moment three staff members at a jewelry store fought of would-be robbers with huge swords after watching them smash the windows in.

In the surveillance footage from Ashok Jewellers in Toronto, Canada on Wednesday, the four assailants can be seen attempting to climb through the frames after breaking the glass in broad daylight.

A staff member and a female customer jump back when they realize the Mississauga store is under attack. 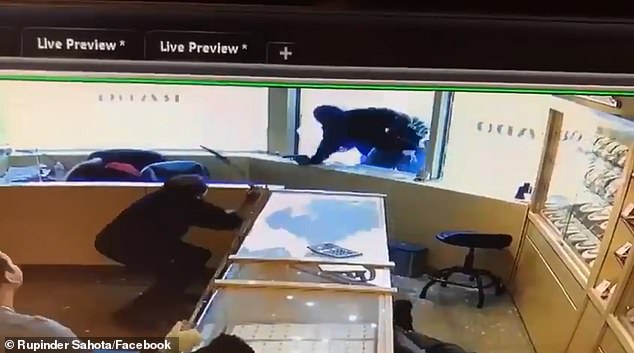 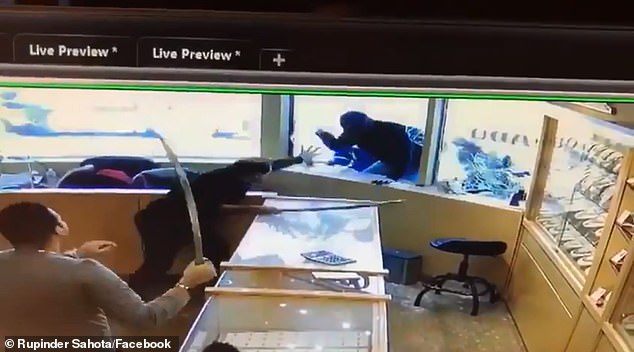 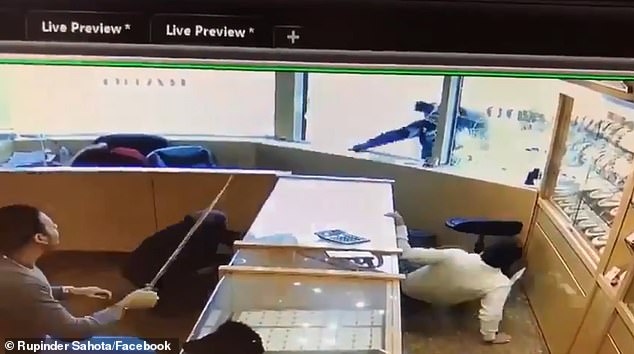 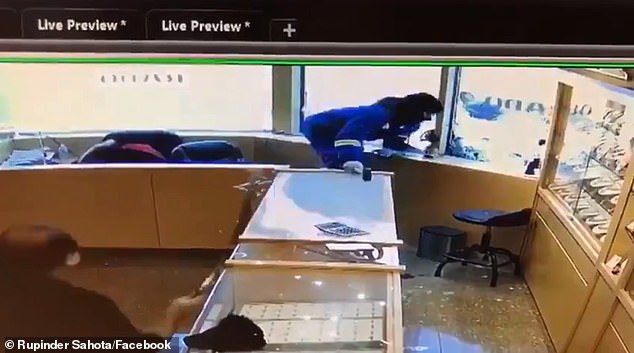 Two of the robbers were wearing blue jumpsuits with visibility panels

In video footage filmed from the street the men – a couple and others hooded tops and trousers – tote empty duffel bag they presumably planned to stuff money and valuables in.

The two wearing blue jumpsuits and deflective decals are described as males between 5ft 8in and 5ft 10in.

Another handgun-wielding male suspect – wearing a black jacket with a hood, blue jeans, black shoes, white gloves – is approximately between 5ft 9in and 5ft 11in with a heavy build. 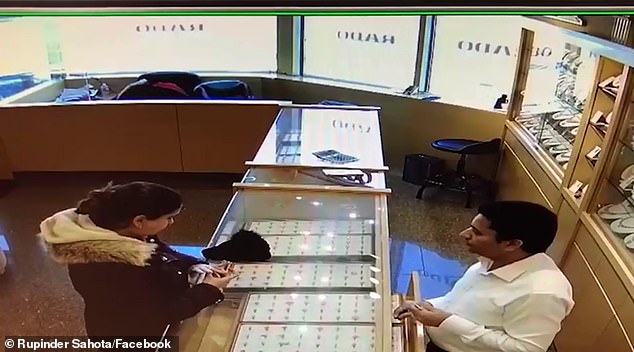 A fourth assailant is described as slim build and he was wearing black pants, white gloves and a black winter jacket with fur lining the hood.

They appear to change their minds several times, going back and forth toward the store until they realize it’s ultimately not worth the risk.

The clip then shows them heading off in a dark-colored Dodge Durango northbound on the Airport Road. 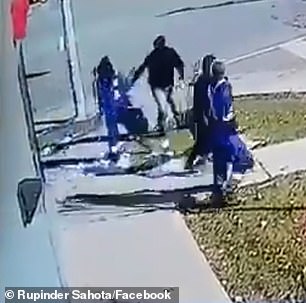 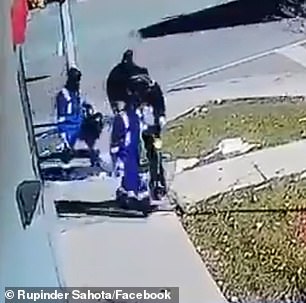 The suspects were filmed from a street view too. Two dressed in blue and two in black

Law enforcement responded to a call from the store on Beverly Street at around 12.15pm.

While no one was hurt in the incident, Peel Regional Police said they wouldn’t recommend other people trying to fight back.

‘It could have easily turned into a completely different situation. We could have been looking at numerous people being injured,’ Constable Danny Marttini told Global News on Thursday.

The suspects were still on the loose.