Three Mississippi cops are charged with second-degree murder over the death of a black man who they ‘pulled him from his car, body-slammed on the pavement and repeatedly hit in the head’

Three Mississippi police officers have been charged with second-degree murder in the death of a black man following a violent arrest 18 months ago.

Desmond Barney, Lincoln Lampley and Anthony Fox have been indicted by grand jury over the death of 62-year-old George Robinson, who had recently suffered a stroke, in Jackson in January 2019.

The officers, who were all Jackson Police Department officers at the time, are accused of pulling Robinson from his car, body-slamming him on the pavement and repeatedly striking him in the head and chest.

Robinson was in intensive care for two days before he died from bleeding on the brain caused by blunt force trauma to the head.

The officers were at the time seeking suspects in the fatal shooting of a Rev. Anthony Longino, a pastor who was shot in a robbery in front of his church.

Two other men were later arrested and charged with Longino’s murder. 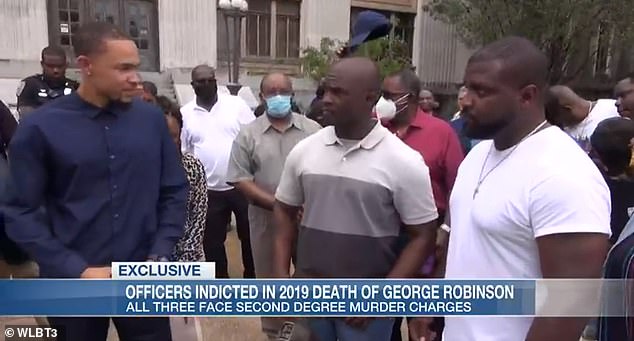 Desmond Barney, Lincoln Lampley and Anthony Fox, pictured above on Thursday after posting bond, were indicted over the death of Robinson in Jackson in January 2019 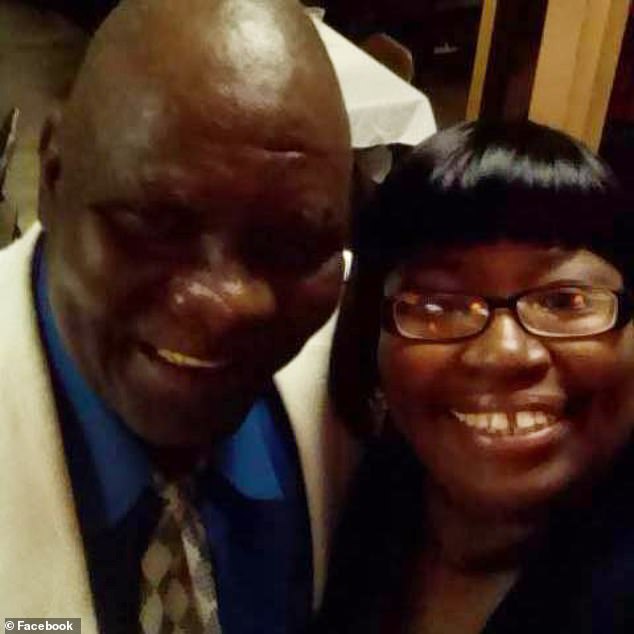 The indictment was handed down by a Hinds County grand jury on August 5 and accuses the officers of ‘willfully, unlawfully and feloniously’ causing Robinson’s death.

All three officers posted bond on Thursday after turning themselves in, WLBT reports.

A neighbor who witnessed the ordeal had previously said Robinson was sitting in his car in front of his house when the three officers approached him.

They said the officers struck Robinson in the head with a flashlight and body-slammed him to the ground before stamping several times on his chest and stomach.

Multiple people have said Robinson had recently suffered a stroke, which made his movements slow.

‘They just snatched him. They were brutal,’ one neighbor said. 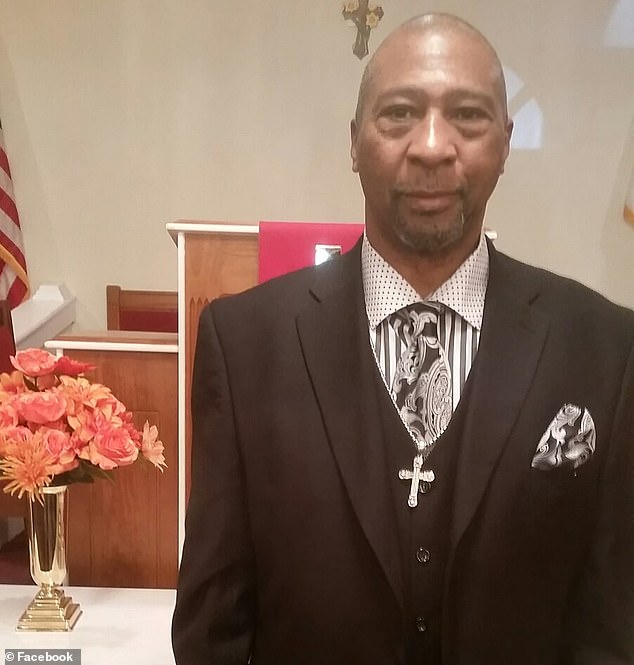 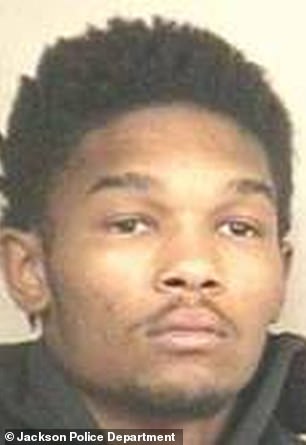 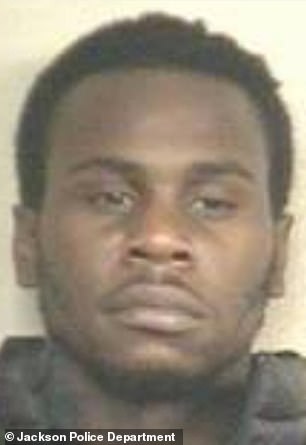 Jackson Police Chief James Davis later said that the officers, who were part of JPD’s K-9 unit, arrested Robinson on misdemeanor charges of failing to obey a police officer and resisting arrest.

The three officers were placed on administrative leave at the time as the department’s Internal Affairs Division and the FBI investigated the case.

The officers were later reinstated but Fox and Barney went on to work for the Clinton Police Department instead.

Francis Springer, one of the attorneys representing the officers, said that ‘evidence will show that the officers are not guilty.’

‘These officers did exactly what they are trained to do and used an appropriate level of force,’ Springer said.

Jackson’s family have previously filed a wrongful death lawsuit against the officers and the city.