Republican Sen. Lindsey Graham on Sunday said President Donald Trump is ready to make a deal with Democrats to reopen the government as three new polls show the GOP is taking the blame for the shutdown.

A Washington Post/ABC News poll found that 53 percent say Trump and the Republicans are at fault for the shutdown while 29 percent blame Democrats and 13 percent say both sides have equal responsibility.

A CNN poll also found Trump bearing the blame: 55 percent said he is responsible for the shutdown while 32 percent blame the Democrats and 9 percent blame both.

Republican Sen. Lindsey Graham said President Donald Trump is ready to make a deal with Democrats to reopen the government 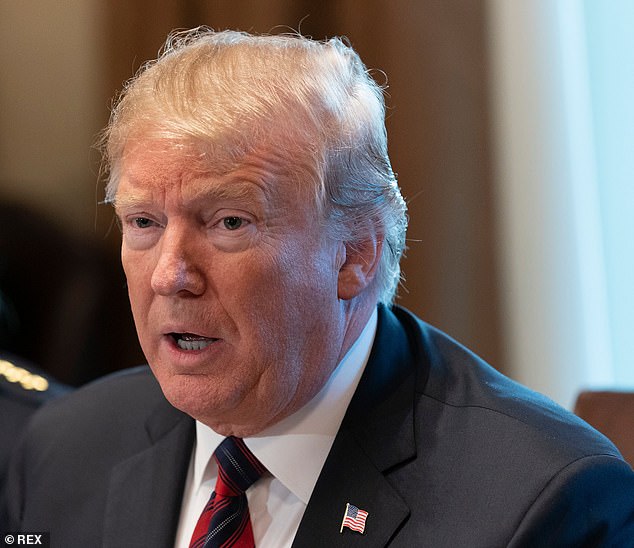 But Graham tried to push the blame toward Democrats and said Trump is ready to reopen the government, which is on day 24 of a shutdown.

‘I just talked to him about 30 minutes ago. He said let’s make a deal,’ Graham said on ‘Fox New Sunday.’

Lawmakers are scheduled to return to Capitol Hill on Monday although it’s unclear if that will be affected by the snow storm that hit Washington D.C.

None of the votes scheduled in the House or Senate for Monday evening deal with reopening the government.

No meetings between the White House and Democrats are scheduled after Trump walked out of a sit down last week.

The president and Democrats are head locked over funding for his border wall. Trump wants the full $5.7 billion it would take to build it while Democrats are sticking to the $1.3 billion they’ve offered for border security.

The president has tweeted his willingness to talk to Democrats and called into Fox News’ Jeanne Pirro Saturday night to say he’s ready to work with the other side.

He also tweeted on Saturday ‘I do have a plan on the Shutdown. But to understand that plan you would have to understand the fact that I won the election, and I promised safety and security for the American people.’

‘I don’t want to speak for the president, I don’t want to lock him in but I’m confident what I described plus a few other things would be a deal acceptable to the White House and a lot of Democrats. And I’m just so frustrated we can’t get in a room and hammer it out,’ he said.

Democrats, however, have been firm on their stance of no wall.

Trump has been just as firm that he won’t sign legislation funding the government without money for his border barrier.

‘What are we supposed to do? Just give in? He’s not going to give in,’ Graham said.

Another Republican Senator echoed Trump’s stubbornness and said the easiest way to end the stalemate was to give the president the money for his wall.

‘The easiest solution to the shutdown, just give President Trump the money for his – the mandate he received from the American public,’ said Sen. Ron Johnson on CNN’s ‘State of the Union.’

Lawmakers have accused Trump of a ‘temper tantrum’ instead of good faith negotiations.

Democratic Sen. Tim Kaine called for the government to be opened before talks continue on Trump’s border wall.

‘I will say this: we first should reopen government. Why punish people who are applying for food stamps because the president is having a temper tantrum? Open government first,’ he said on NBC’s ‘Meet the Press.’

And Sen. Chris Coons criticized what he called the rapidly changing positions of Trump as negotiations have dragged on. 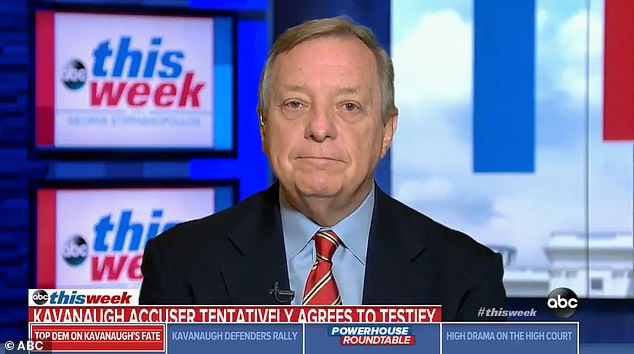 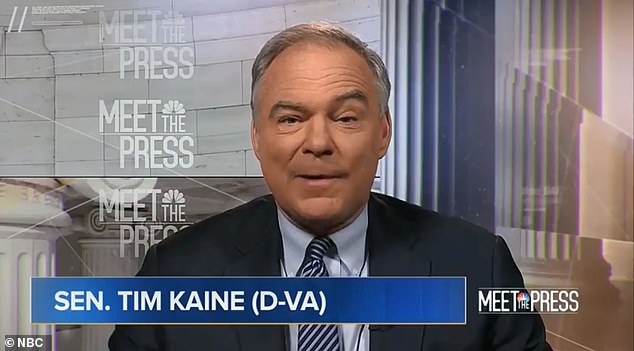 Democratic Sen. Tim Kaine called for the government to be opened before talks continue on Trump’s border wall

‘I think it ends when the Senate Republicans say we’ve had enough. We’re not going to stand here and be blamed for this. We believe the government should be opened. There should be timely negotiations on border security after the government is open,’ he said on ABC’s ‘This Week.’

Support for building a border wall has increased over the past year, The Washington Post/ABC News poll found.

The poll showed 42 percent say they support a wall, up from 34 percent last January, while 54 percent oppose the wall, down from 63 percent a year ago.

Trump spent much of 2018 on the campaign trail for the midterm election and he constantly discussed his need for a border wall. He argues it’s necessary not just to stop illegal immigration but to stop drugs and terrorists from entering the country.

The administration’s facts and figures on this matter have been disputed.

And CNN’s poll found a majority – 56 percent – oppose a wall while only 39 percent favor it.

But neither said is getting approval for their handling of the situation.