Three new teenage suspects have been charged over the murder of PC Andrew Harper.

The newlywed officer, 28, was ‘dragged to his death by a getaway van’ on the A4 in Berkshire on August 15.

‘Thomas King, 21, has also been charged with conspiracy to steal a quad bike.’

They newly-charged suspects will appear at Reading Magistrates’ Court on Thursday. 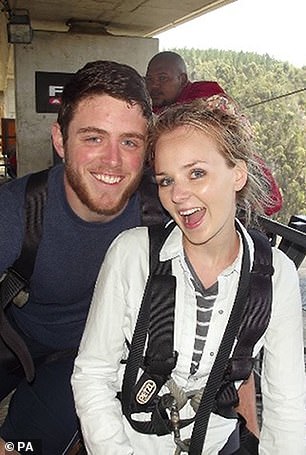 Police have charged three teenagers in a murder probe into the death of PC Andrew Harper. The hero policeman is pictured with his wife Lissie 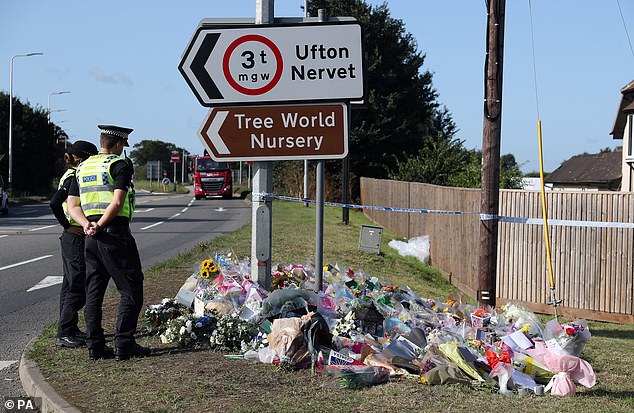 Another man, 20-year-old Jed Foster, has already appeared in court having been charged with murder and was remanded in custody until another hearing in November.

Yesterday, Thames Valley Police said a series of warrants had been carried out by more than 100 officers in Berkshire and Hampshire as part of the investigation.

The four people who were charged today after understood to have been arrested as part of those raids.

Detective Superintendent Ailsa Kent, of the Thames Valley Police Major Crime Unit, said yesterday: ‘We are continuing to investigate the death of our colleague PC Andrew Harper, and today we have re-arrested three people in connection with this.

‘In addition to these re-arrests, we have also arrested a further suspect, a 21-year-old man from Basingstoke.

‘All four have been arrested on suspicion of murder and theft and are in our custody.

‘This follows new evidence coming to light as the investigation has progressed in recent weeks.

‘Members of the public might see an increased police presence at the locations of these warrants today.

‘We appreciate the public’s patience and support while we progress these critical lines of inquiry.

‘This is an ongoing, complex investigation, and we remain committed to achieving justice for PC Harper, his family, friends and colleagues.

‘I would also like to reiterate our appeal for anyone who knows anything about this incident to come forward and talk to police, if you have not already done so.’