Three teenage boys have died and another three have been seriously injured after two vehicles collided in North Wales.

The fatal collision happened on the outskirts of Denbigh in Denbighshire, Wales last night.

Police named the three people who died as John Michael Jones, 18, and Leon Rice, 17, both from Ruthin, Denbighshire, and Colin Hornsby, 17, from Droylsden, Greater Manchester.

Emergency services were called to reports of a two-vehicle collision on the road between Denbigh and Trefnant just before 7:30pm.

All three were travelling in the Vauxhall Corsa, while a 16-year-old boy who was a passenger was taken to Ysbyty Glan Clwyd and has since been transferred to hospital in Aintree, Liverpool with serious injuries.

The family of 17-year-old Colin Hornsby from Droylsden, Greater Manchester have issued the following tribute to him:

‘Colin was loved by all his family and friends. He loved life, music and his designer clothes.

‘He will be missed by all his family and friends and our lives will never be the same again without him.’ 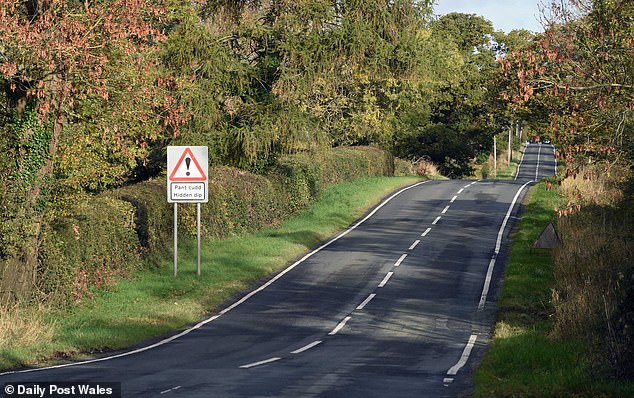 The horrific crash happened on the outskirts of of Denbigh in Denbighshire, Wales last night. Pictured is the road where the crash took place

A 19-year-old man who was also in the Corsa remains at Ysbyty Glan Clwyd in Bodelwyddan with serious injuries.

The driver and passenger of the Vauxhall Antara both remain at Ysbyty Glan Clwyd.

Paramedics, fire appliances and police all attended the scene.

Superintendent Jane Banham of North Wales Police said: ‘This is a tragic incident in which sadly three people have lost their lives and our thoughts remain with their families at this difficult time. All three families are now being supported by specially trained Family Liaison Officers. 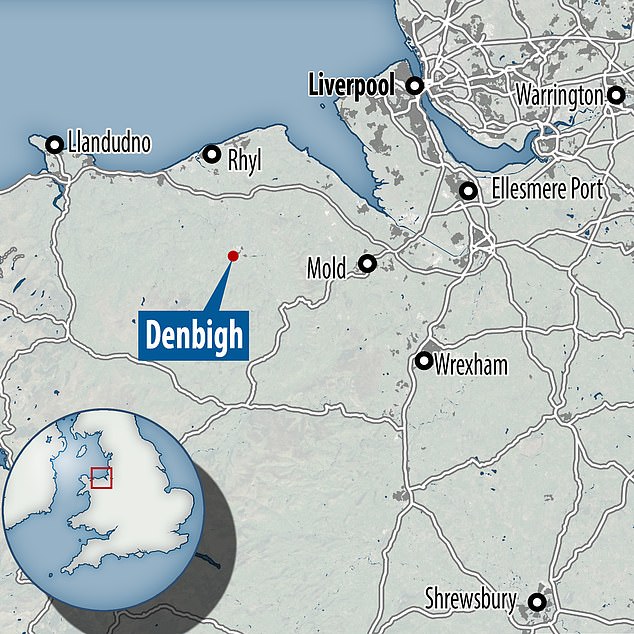 Last night, emergency services were called to reports of a two-vehicle collision on the road between Denbigh and Trefnant just before 7:30pm

The road re-opened shortly after 3am this morning.

Anybody who may have information that could assist the investigation is asked to contact officers at the Roads Policing Unit on 101 or via live web chat quoting reference number W153175. 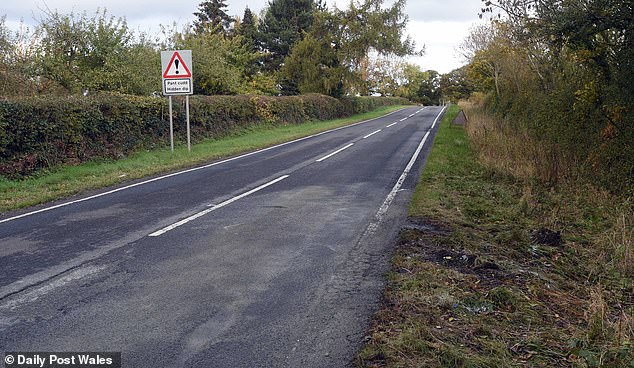 Three people died at the scene while another three were seriously injured. The road reopened after 3am this morning

The police added that they were unable to provide further details on the people involved in the crash for the moment.

The North Wales Police Federation tweeted: ‘This is an absolutely awful incident and our deepest condolences are with the bereaving families.

‘This is also a deeply stressful and traumatic incident for our officers to attend and we will make sure they are looked after.’