Three people were taken to hospital after they were attacked in St Stephen’s Health Centre in Tower Hamlets and The Tredegar Practice in Bow, east London this morning by a man wielding a ’12-inch blade’.

According to bystanders, the man burst into The Tredegar Practice around 11am and stabbed two men before lunging towards a mother-of-three in the waiting room as patients fled.

He was then tackled by a brave have-a-go hero before he ran out of the surgery and to the nearby St Stephen’s Health Centre, where he allegedly attacked a wheelchair-bound woman.

Footage posted on social media shows a man being led into a police van wearing just his underwear with scores of armed officers and teams of paramedics at the scene. 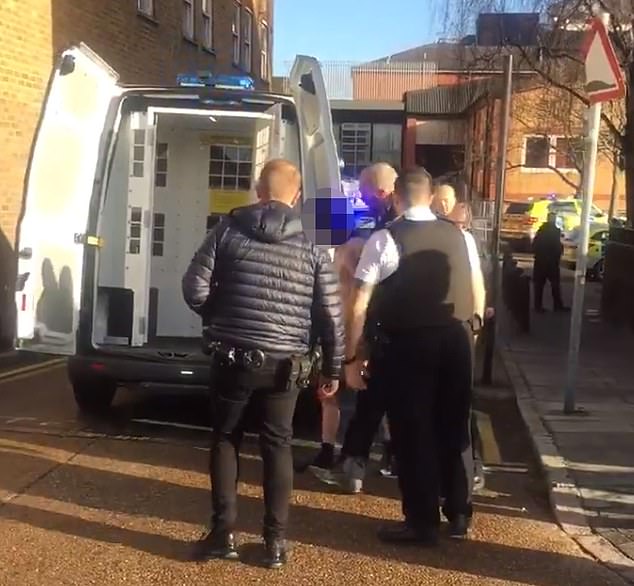 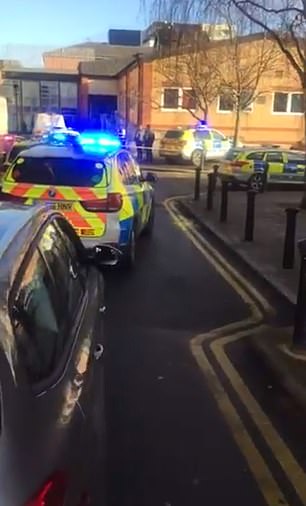 Police were called to St Stephen’s Health Centre in Tower Hamlets, shortly after 11am this morning where they found three people with stab injuries

The mother-of-three was waiting in the surgery when the suspect, wearing Army-style camouflage clothing, burst in waving a kitchen knife.

She said the man lunged at her with a blade between 10 and 12 inches long.

She saw some patients run out of the waiting room as a man tried to wrestle the knife away from the attacker before she locked herself in a toilet.

The mother, who did not want to be named, said: ‘He had camouflage kit with his hood up with glasses.

‘The knife was massive. As I looked up, I saw him waving the knife.

‘There was a load of shouting. He was just lunging with the knife at people. He went like that to me and I started screaming.’

She said a young man waiting with his mother intervened and tried to stop the attacker.

‘He lunged at me then stepped backwards because the other guy was shouting.  I think he was trying to defuse it, and trying to stop him.

‘He has saved people because he stopped others from getting injured, but he was probably worried about his mum as well.

‘He was very brave. It was terrifying because the only thing I could think about was my kids at the time. I locked myself in the toilet. It was about seven minutes I was in there for.’

Police have confirmed the incident is not terror related. 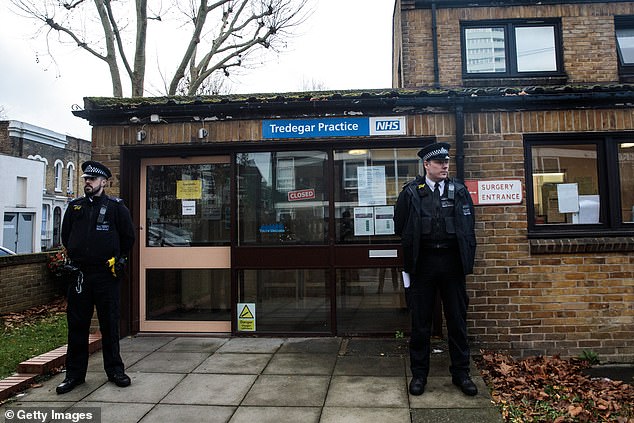 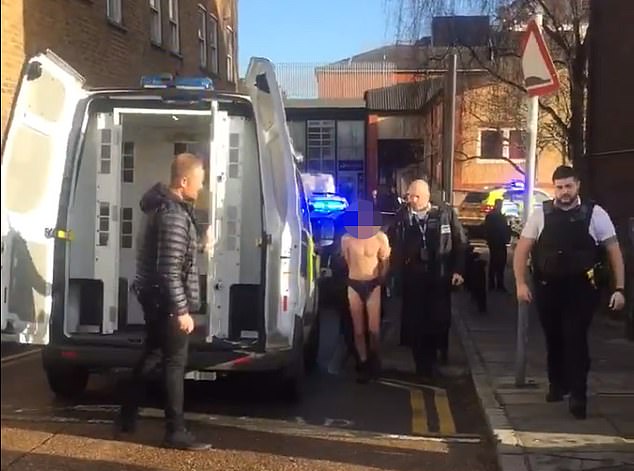 Billy Jones, 27, who works near St Stephen’s Health Centre, said he saw a male patient running from the surgery.

He said the knifeman was wielding a knife in each hand when he attacked the wheelchair-bound woman before hiding himself in the surgery.

Mr Jones said: ‘[The [patient] was quite shaken and said, ‘there’s a man in there, he’s come in there bearing two knives. He stabbed an elderly lady out of nowhere.”

Mr Jones said other witnesses claimed the woman was in a wheelchair.

He added that the knifeman had suffered a cut to his elbow during his arrest, adding: ‘He come out wearing Speedos.

‘It was around half an hour – I can imagine he was probably hiding somewhere when they went looking for him.’

Tower Hamlets Police said: ‘We are in attendance and aware of an incident at St Stephens Health Centre. We are dealing with it and one male arrested.’

Scotland Yard said in a statement: ‘Police were called at 11.06am on Wednesday, 19 December to reports of a stabbing at a health centre on St Stephen’s Road, Tower Hamlets. 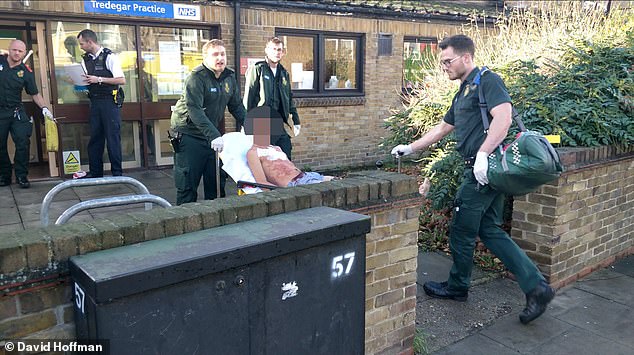 According to witnesses, the man entered the surgery in east London before launching the knife attack 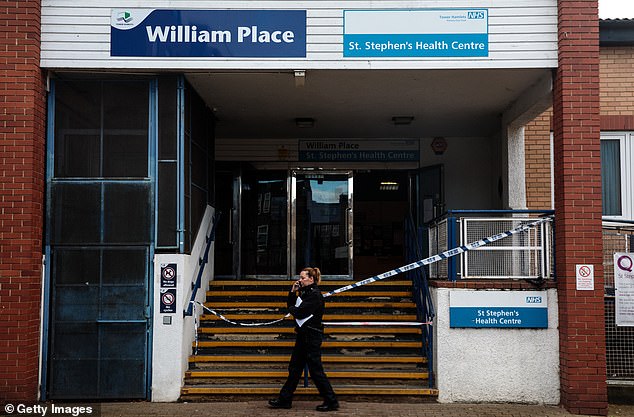