Three men are in hospital after a stabbing at a Sydney train station overnight, where blood stains and clothes littered the street.

One of the men had a stab wound to his neck, while the other was stabbed in the chest.

Both were treated at the scene by paramedics before being rushed to Westmead Hospital in a stable condition.

A short time later, police stopped a car on Rymill Road at Tregear where they arrested three men – two 19-year-olds and a 20-year-old.

Two men were taken to Mt Druitt Police Station while the third was taken to Nepean Hospital to be treated for a stab wound to his buttock.

Images obtained at the scene by The Daily Telegraph show blood staining the concrete and ripped clothes strewn across the street.

A car was seized and is set to undergo forensic examination as police continue their inquiries. 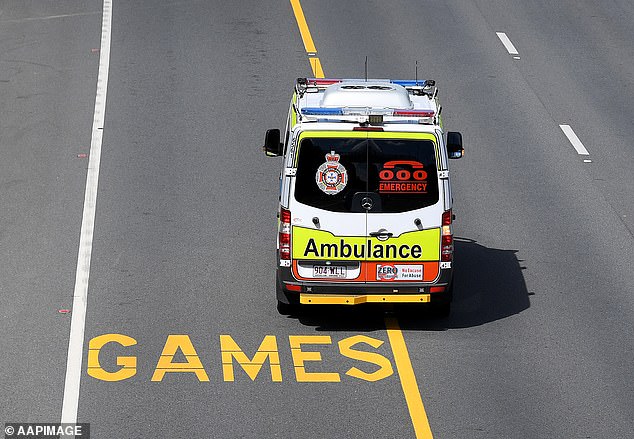 Three men are in hospital after a vicious stabbing at a Sydney train station overnight, where blood stains and clothes were littered the street (stock image)