Three Royal Marines who drank each other’s urine before performing a sex act in a ‘hideous, puerile and repugnant’ initiation ceremony were today spared jail.

But they walked free from court on Thursday after a sheriff was told the Marines are expected to surpass ‘outrageous conduct’ by their predecessors.

The trio – who have all now been thrown out of the military – and clubber Craig Lynch, 42, who is not in the services, carried out the depraved act in DeVitos nightclub in Arbroath, near the Marines RM Condor base. 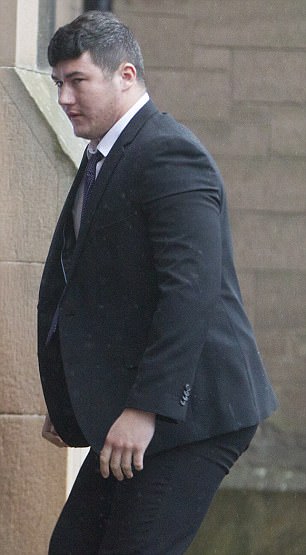 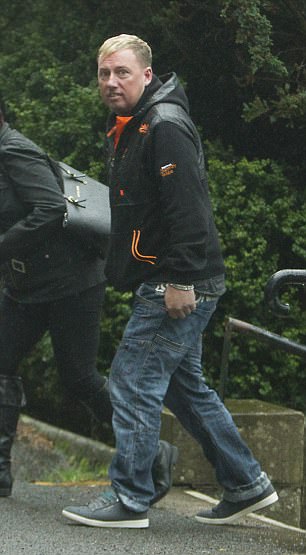 Forfar Sheriff Court heard the sick ceremony was caught on CCTV then reported to police by shocked bosses at the club.

Lawyers for the Marines said the service are ‘held in high regard’ in the town and ‘have the freedom of Arbroath’ – but that this has led to ‘boorish behaviour’ in the past.

A sheriff said background reports in the case told him that ‘outrageous conduct by past Marines is expected to be surpassed’ by new recruits – and that was why the trio carried out the sick stunt.

Fiscal depute Stewart Duncan said: ‘Around 12.45am an employee approached the manager saying there were a number of males with their genitals exposed outside.

‘A member of security staff checked but found nothing untoward. The following day CCTV was reviewed and the incident was captured and reported to police.

‘The footage shows a former co-accused turning around and beginning to urinate.

‘Luke Bowen then comes towards him, bends down with his head at the other man’s crotch and is seen to be drinking the urine.

‘Luke Bowen then undoes his belt and begins to urinate then drinks his own urine.

‘Ben James then bends down and drinks Luke Bowen’s urine who then places his penis in James’s mouth. 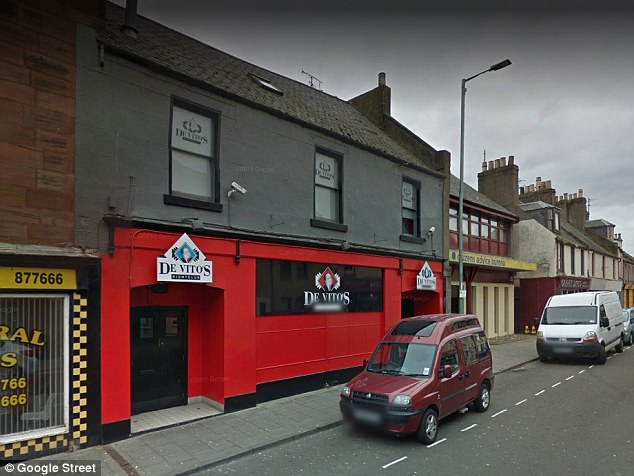 The group took part in sex acts which was caught on CCTV in the smoking area of DeVito’s club in Arbroath, Scotland

‘Jordan Coia then bends over and does the same. Craig Lynch then bends down and places Bowen’s penis in his mouth and Bowen then grabs his head and pushes it back and forward imitating a sex act.

‘Bowen then pulls his trousers up just as the security guard is seen to enter the picture.’

Despite admitting charges of public indecency none of the men will face being placed on the sex offenders register after the Crown accepted there was ‘no significant sexual element’ to the crime.

Lynch, of Aberdeen, James, of Thirsk, Bowen, of Chichester, and Coia, of RM Condor, pleaded guilty on summary complaint to a charge of public indecency.

Jacob Holt, 21, Ryan Fowler, 23, Michael Byrne, 26, all care of RM Condor in Arbroath, had their not guilty pleas to a charge of public indecency accepted.

It is understood those three men remain serving Royal Marines.

Solicitor Nick Whelan, defending Coia, said: ‘This was an act of reckless stupidity. 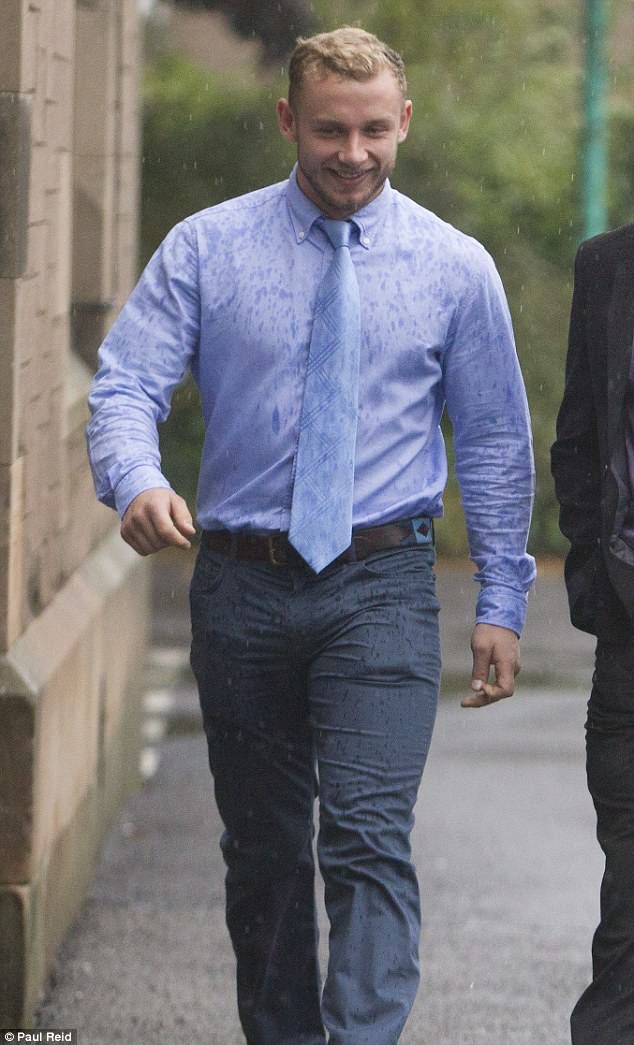 ‘It’s his position that a culture exists within the Royal Marines of an expectation of this type of behaviour.

‘The consequences of not participating in his view compelled him to take part.’

Nick Markowski, defending James, said: ‘He has lost his intended career as a result of a couple of minutes of madness and a misguided sense of loyalty and frivolity.’

Lynne Sturrock, representing Bowen, added: ‘He had hoped this would be a lifelong career but it has been brought to an end.

‘He’s ashamed and embarrassed at this incident and his family and friends now are all aware of the circumstances of it.’

Laura Bell, for Lynch, said: ‘It was impulsive on his part – he was invited to join in something that was already going on and regrettably did so.’

The sheriff said: ‘It appears there’s an expectation that Marines participate in conduct such as this.

‘This was puerile and repugnant as the narration clearly demonstrates.

‘The background reports on all off you suggest outrageous conduct by past Marines is expected to be surpassed by newer recruits.

‘The media coverage of this matter may prevent such hideous conduct in future.

‘I make it clear that in any case such as this a custodial sentence would be merited.

‘However, I can only do that if there is no direct alternative available and there is in your cases.’