Three siblings had their stomachs removed after they all tested positive for a cancer gene that killed their sister and mother.

Tahir Khan, 44, Sophia Ahmed, 39, and Omar Khan, 27, underwent the drastic surgery when a series of tests at Addenbrooke’s Hospital in Cambridge revealed they had up to a 90 per cent risk of developing the disease.

All three – who live in Walsall, West Midlands – carry the genetic mutation CDH1, which can cause aggressive stomach cancer.

Their mother Pearl Khan died aged 49, six months after she was diagnosed with stomach cancer in 2002.

And their sister Yasmin Khan passed away from the same disease aged 32 in February 2012.

After removing the siblings’ stomachs – in a procedure known as a total gastrectomy – surgeons created a small pouch that collects food by connecting the oesophagus to the small intestine.

Although they struggle to gain weight, all three are happy they had the procedure, with Ms Ahmed even going on to have a child. 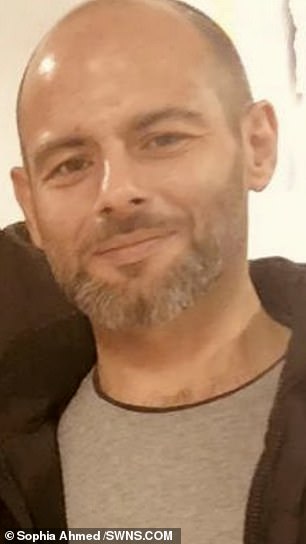 Sophia Ahmed (left) and her brother Tahir Khan (right) are two of three siblings who had their stomachs removed after testing positive for a cancer gene that killed their sister and mother. They all carry the genetic mutation CDH1, which can cause aggressive tumours

Speaking of her mother’s condition, Ms Ahmed – who has five children – said: ‘In 2002 mum got very sick with stomach cancer and passed away in August.

‘She was originally tested for IBS but was then diagnosed [with] stomach cancer and passed away shortly afterwards.’

Ms Ahmed’s sister Yasmin went to her doctor in October 2009, who also dismissed her symptoms as IBS.

She underwent chemo after finally being diagnosed in December the following year, however, it was not enough to save her.

‘I read in Yasmin’s notes in hospital that they thought it may be genetic so I did some research and found out the hospital in Cambridge was doing a study with Cancer Research so I contacted them and went from there,’ Ms Ahmed said.

Ms Ahmed – who has three surviving siblings – added: ‘Everyone thought I was mad [for having the surgery] until we had the results come back and when we saw it was three of us out of the four, I knew it was worth it.’

Although a drastic measure, Ms Ahmed – who runs a soft play centre with husband Fayyaz, 38 – is adamant it was the right decision.

‘I have nothing but positive things to say about it,’ she said.

‘I can still eat and do everything, the only issue is maintaining my weight and my vitamin deficiencies but in comparison to having stomach cancer and a few years to live, I can’t complain.

‘I even had a baby after the operation, they thought I might be malnourished or the baby would be tiny, but everything was absolutely fine.’ 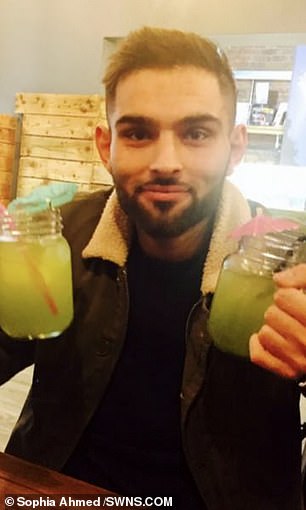 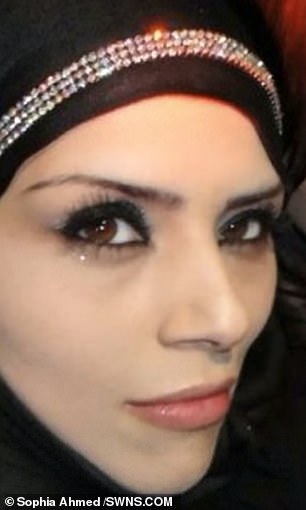 Omar Khan (left) also had the drastic surgery after learning he carried the mutation. The siblings’ sister Yasmin Khan (right) died from the cancer aged 32 in February 2012

WHAT IS A TOTAL GASTRECTOMY?

A total gastrectomy is the complete removal of the stomach.

It is usually carried out in a patient who has advanced cancer of the organ.

Those with early-stage cancer often only need to have their stomach lining removed.

And when the disease is in the lower end of the organ, up to two thirds of the stomach can be taken out, depending on the tumour’s position.

The entire stomach is removed when the cancer is in the centre of the organ.

Surgeons then rejoin the oesophagus to the entrance of the small intestine.

Patients are not left with a stoma bag.

A total gastrectomy may be carried out via open or keyhole surgery.

The patient is asleep throughout.

Ms Ahmed’s older brother Tahir was given the same devastating prognosis and had the surgery five-and-a-half years ago.

Tahir – whose 21-year-old daughter Farah also tested positive for the gene – said: ‘At the age where I was diagnosed there was a 90 per cent likelihood the cancer would develop.

‘I watched my mum and sister wither away, and I really did not want to put the family through that.’

The delivery driver was even told he had already developed a cluster of cancerous cells in his stomach lining, which the surgery ‘eliminated’.

‘I could have had only days, weeks, maybe a year maximum left before I would have been diagnosed with terminal cancer,’ he said.

‘There’s no doubt in my mind having the tests and the procedure done saved my life.’

Like his sister, Tahir also struggles to maintain his weight, and weighs just over 10st (140lbs) compared to 15st (210lbs) before the procedure.

‘I have to graze constantly because my body just can’t get the nutrients it needs otherwise,’ he said.

‘I am worried about my daughter’s future, but I say to her we have all gone through it and are fine now, so whatever happens she’ll be okay.’ 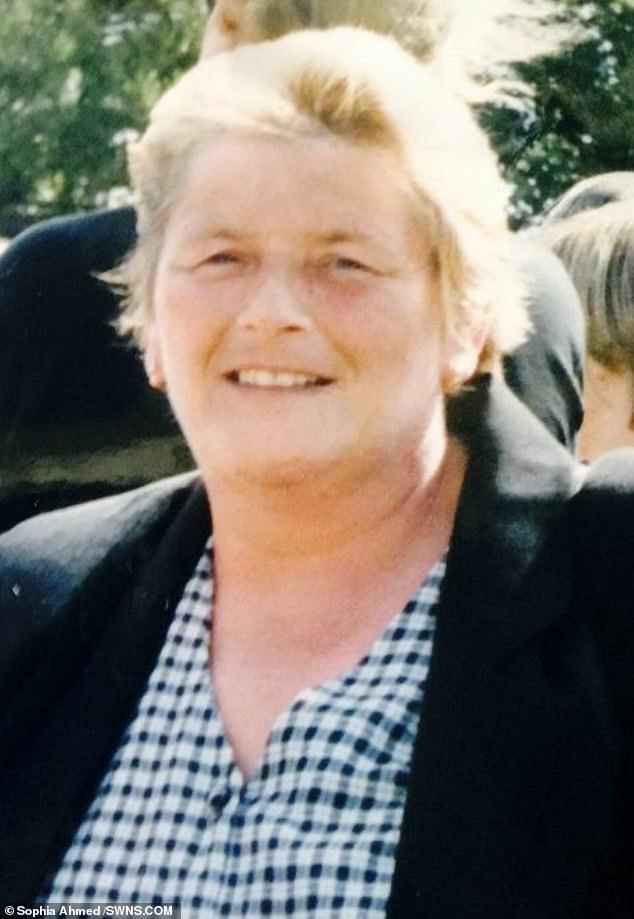 The siblings’ mother Pearl Khan (pictured) died from stomach cancer aged 49, six months after she was diagnosed in 2002. Doctors initially dismissed her symptoms as IBS

The youngest sibling Omar was initially reluctant to go under the knife after seeing how his mother and sister suffered in hospitals.

‘But seeing Sophia go through the procedure and have a baby afterwards, I thought ‘I’ve got no excuse’, the office worker said.

‘It was a really hard decision for me but it was the best one I’ve ever made.

‘I still can eat whatever I like – burgers, steaks – the only thing I get is exhaustion and cold sweats, but I’m still breathing and I’m so thankful for that.’

The siblings’ oldest sister, Tracy Ismail, 49, also had the genetic test, with her result coming back negative.

‘It was very bittersweet,’ Ms Ismail told the BBC.

‘At one point we were told if we hadn’t had the testing done, I’d be the only sibling left.’

Dr Marc Tischkowitz, consultant physician in medical genetics at the University of Cambridge, added: ‘This is a very rare, specific type of stomach cancer.

‘It’s a gene that carriers can have for their lifetime and means that they are at risk of developing cancer any time.

‘We do offer total removal of the stomach as a preventative measure.

‘It is a dramatic life-changing procedure and of course there is no way of knowing in all cases that the person who carries the gene will 100 per cent have developed cancer in their lifetime.’