Three-times married ex-Olympic swimmer Sharron Davies, 56, ‘wipes 11 years off her age on Tinder as she takes the plunge and tries her luck at online dating’

Olympic swimming star Sharron Davies has dived back into the dating pool as she looks for love on mobile dating app Tinder.

The former Team GB swimmer and now BBC pundit has signed up for the dating app in a bid to find love again – but her profile reveals she may be hoping to attract a younger man. 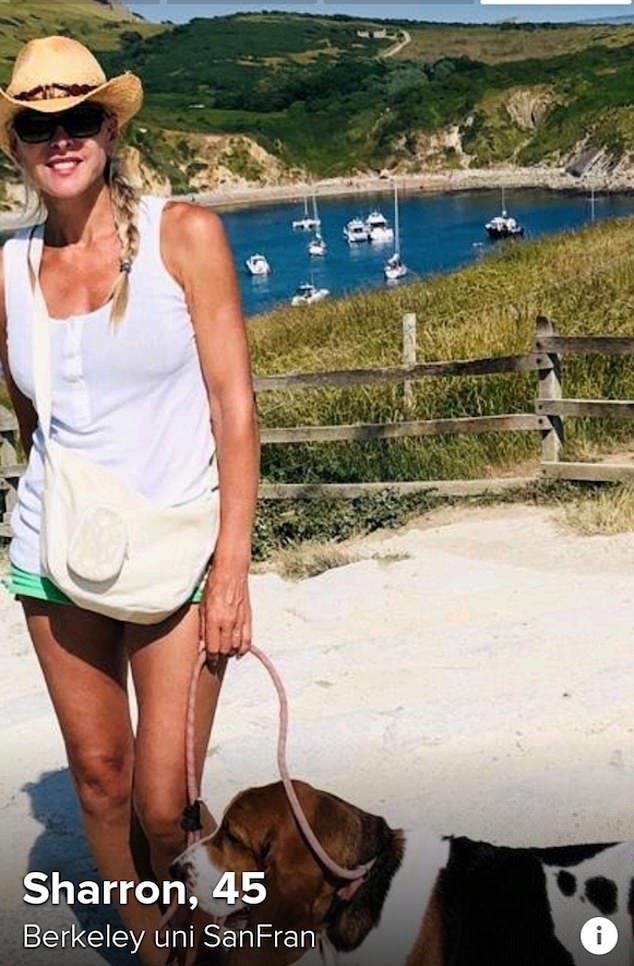 Sporty Sharron has been married three times but has been unlucky in love. Now she is hoping to meet the right man online 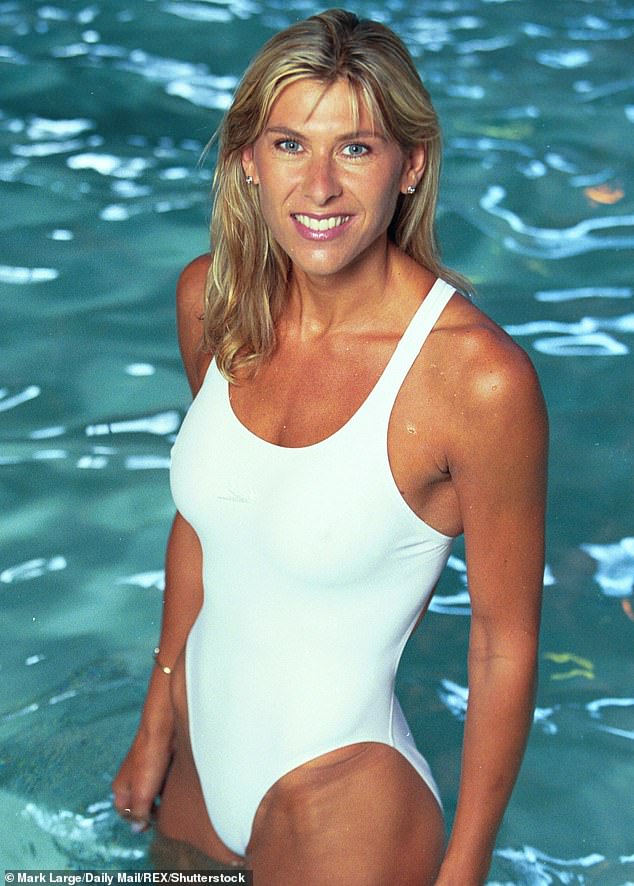 Ms Davies, 56, has listed herself as 45, according to The Sun, on her profile which features images of her around the world.

The mother-of-three lists herself as a ‘sporty, busy, working mum’.

The three-times married mother also said she likes ‘travel beautiful architecture, the cinema, good food… and would like someone nice to share adventures with.’ 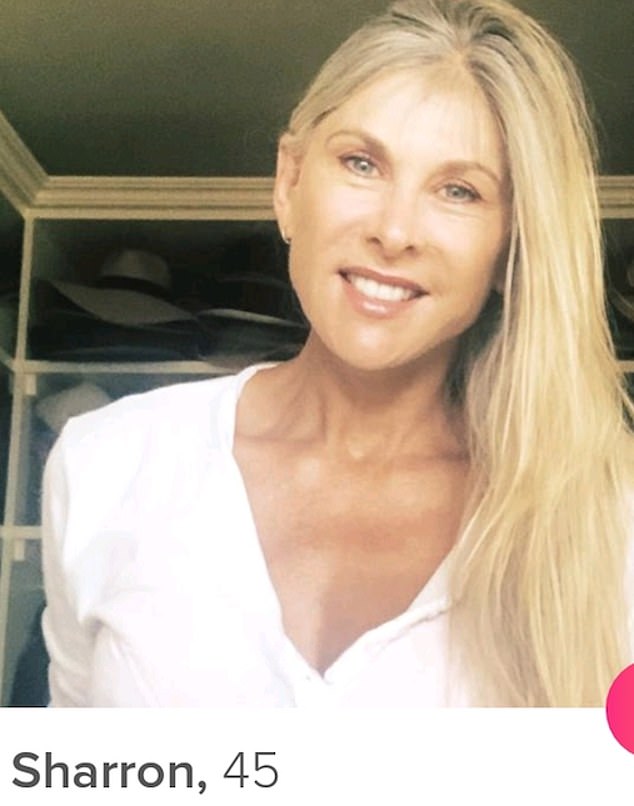 Sharron is searching for love on Tinder. The mother-of-three has a busy schedule with TV work but is hoping to find Mr Right 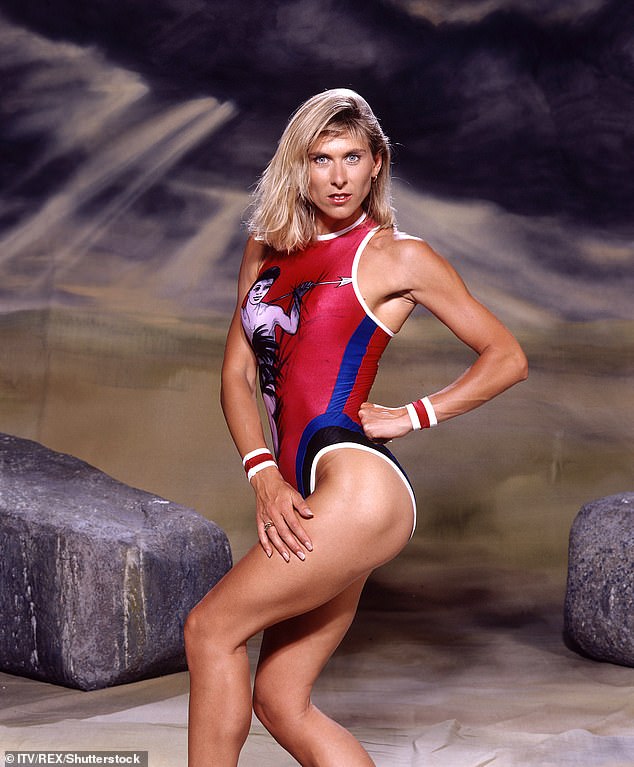 Sharron Davies on the Gladiators show in the 90s. The athlete is looking for love online again

A source told The Sun: ‘Sharron’s pictures are great and she looks incredible – it’s a wonder she’s even having to go on Tinder to find a new partner.

‘It just shows that you don’t always meet people by chance just by being a celebrity.’

Sharron won a silver medal in the 400-metre individual medley at the 1980 Olympics in Moscow. The swimming star and former Gladiators presenter was also married to physical training instructor John Crisp.

Her final marriage was to BA pilot Tony Kingston. 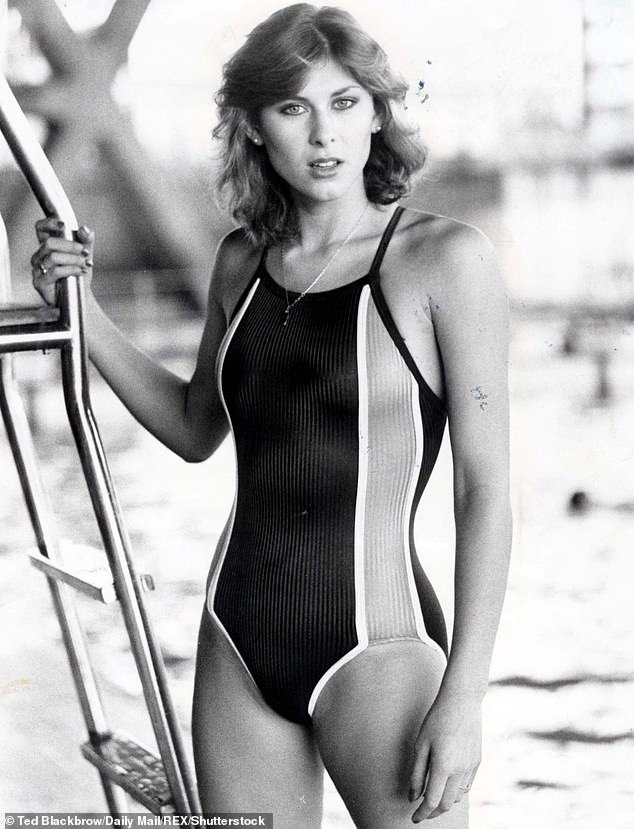 Ms Davies in 1978. The swimmer has three children and is looking for love using dating apps

She was also a contestant on Dancing on Ice 2010.

The Plymouth born swimmer who now lives in Bradford-on-Avon, Wiltshire, was once married to the former Olympic sprinter Derek Redmond. She was awarded an MBE in 1993.