Two boys aged 15 and 16 have been arrested after a hit-and-run collision in Greater Manchester, which left three-year-old Leo Durrington fighting for his life.

Leo Durrington was hit by the stolen van being pursued by police.

The white Ford Transit Connect van was being followed by officers in Leigh, in Greater Manchester, after failing to stop shortly after 10:35am on Tuesday 30 October, police said.

The incident happened close to the The Tamar pub, on Wigan road.

Officers gave first aid to the boy before paramedics and the air ambulance arrived, he was taken to hospital where he remains in a critical condition.

Greater Manchester Police have now issued photos of the white van which was involved in the collision. 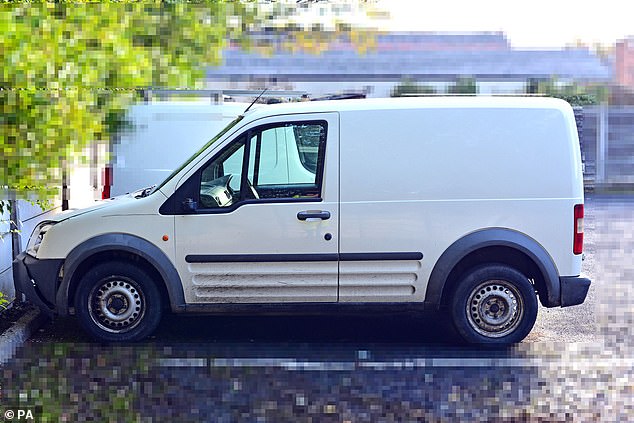 Leo’s devastated family remain at his bedside as he fights for life at the Royal Manchester Children’s Hospital.

Senior police officers say the youngster had been walking with his mother and nine-year-old sister near to the Tamar pub on Tuesday morning when the white Ford Transit Connect mounted the pavement and hit him.

Miraculously his sister and mother were unharmed. 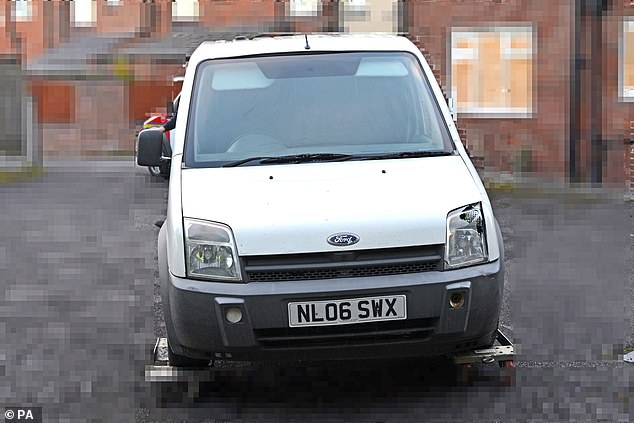 Inspector Danny Byrne, of the force’s serious collision investigation unit, said: ‘This was a horrendous incident that has left a three-year-old boy in hospital fighting for his life, and we are doing all we can to support his family at this incredibly difficult time.

‘Our investigation is continuing very quickly as we have deployed several resources – including the helicopter and police dogs – to support our efforts to trace those responsible. 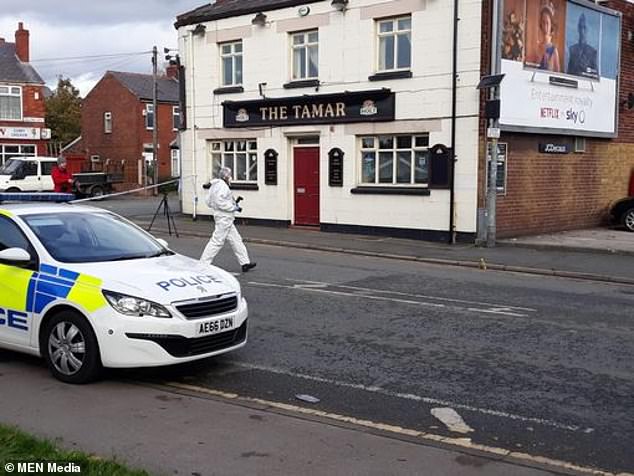 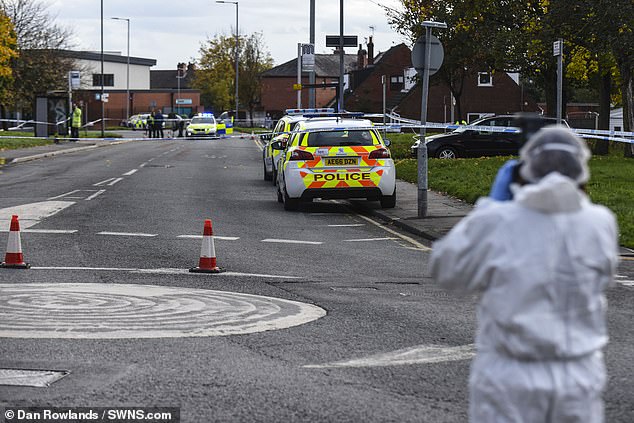 Police and crime scene officer have cordoned off the scene at Wigan road, in Greater Manchester, where the three year old boy was hit

‘I am urging anyone that thinks they might have seen the van throughout the morning or have any information, no matter how small or insignificant it might seem, to please get in touch as soon as possible.

‘Even the smallest piece of information could be the key to us finding those responsible so please call police.’

Sgt Lee Westhead, of GMP’s Serious Collision Investigation Unit, had earlier said they were looking for two white men in their early 20s. 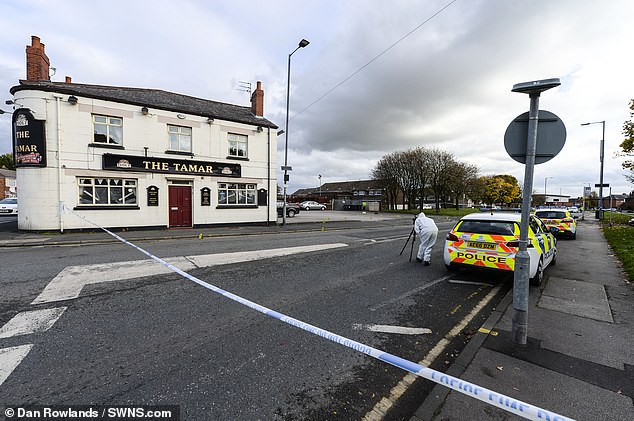 A white van had collided with the three-year-old boy,leaving him in a critical condition

‘The vehicle mounted the pavement and took the three-year-old out of his mother’s hands,’ he said.

‘He was projected along the car park of the public house, and the van made off from the scene.’

‘We are appealing directly to the driver of the van – they know what they did and what they left behind. 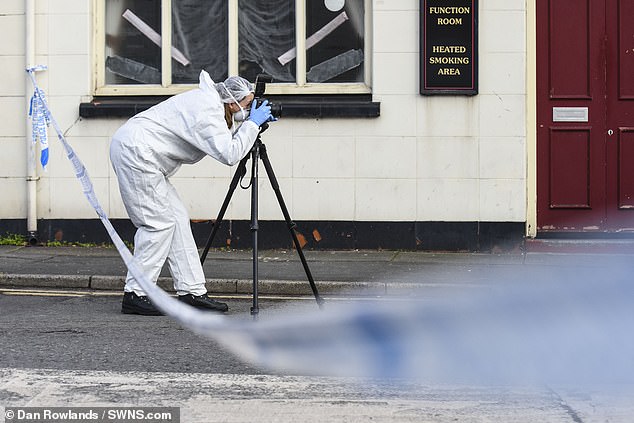 ‘This is your opportunity to come and speak to us on your own terms before we find you.

‘We will not rest until the driver is found.’

The incident has been referred to the force’s professional standard’s branch ‘in line with normal force policy’, a spokesman added. 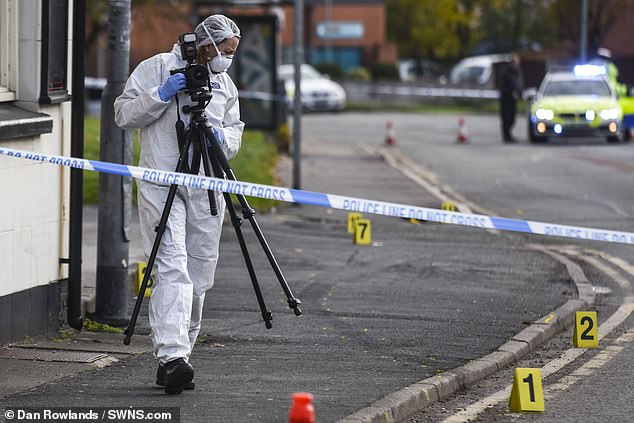 The van, which fled the scene towards Twist Lane, has since been recovered nearby, Wigan Road remains closed between Nel Pan Lane and Hill Crest Avenue while officers are at the scene.

Rugby League star Shaun Ainscough, who plays for Batley Bulldogs, wrote on social media: ‘This is what I had to walk past was not good to see hope they pull through.

‘I hope those kids pull through not a nice thing to see air ambulance sent in on Wigan Road. Prayers are with you guys.’ 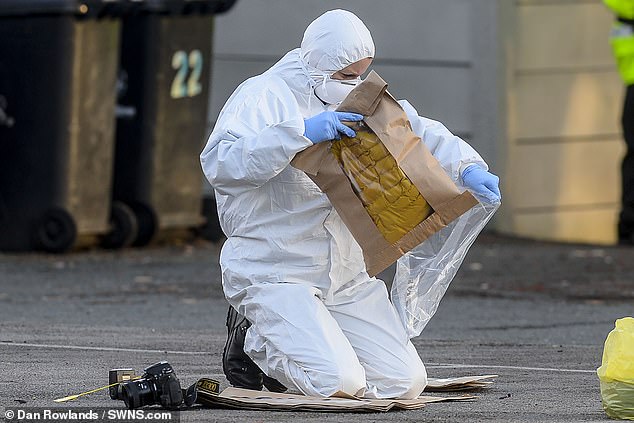 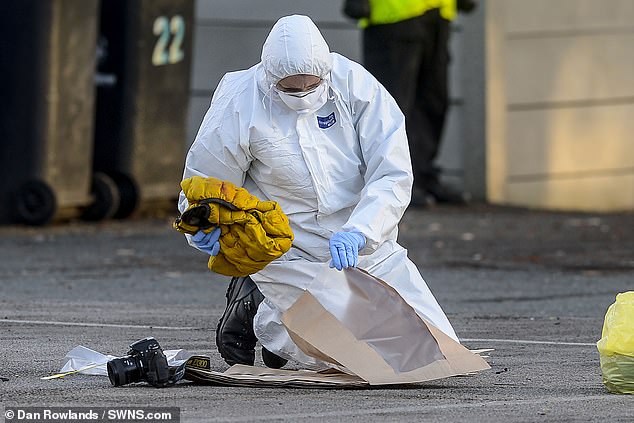