A thug who ran at a stranger and headbutted him on London’s Tower Bridge is being hunted by police.

The smartly-dressed assailant was so annoyed that he had been accidentally clipped with an umbrella he carried out the violent attack on April 30.

The victim, a man in his 50s, fell to the ground and was left with a deep gash on his forehead after the assault.

A man can be seen behind his umbrella as a stranger walks towards him on London’s Tower Bridge, in April 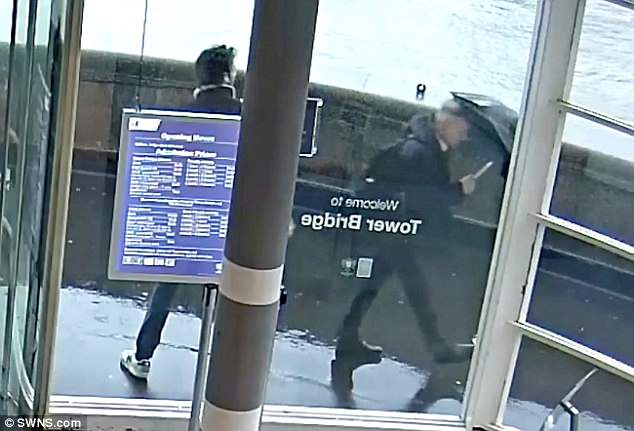 The younger man spins around after the pair cross on the bridge, apparently angered the pair bumped into one another 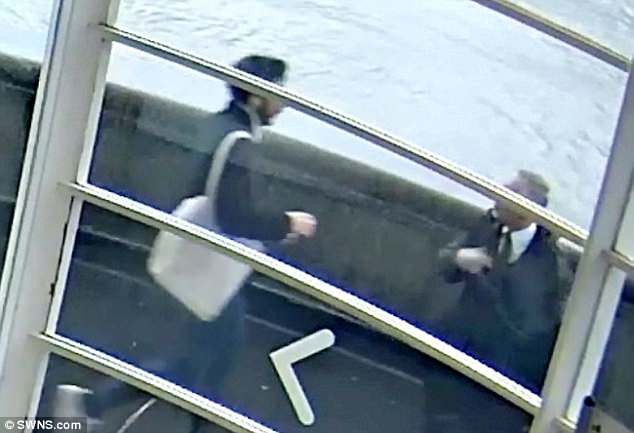 CCTV footage shows the pair crossed paths on the west side of the iconic bridge during the rainy morning appears to show the younger man bumping into the older man, who was holding an umbrella out in front of him.

After a brief exchange of words, the attacker rushed back towards his victim delivered a savage headbutt. 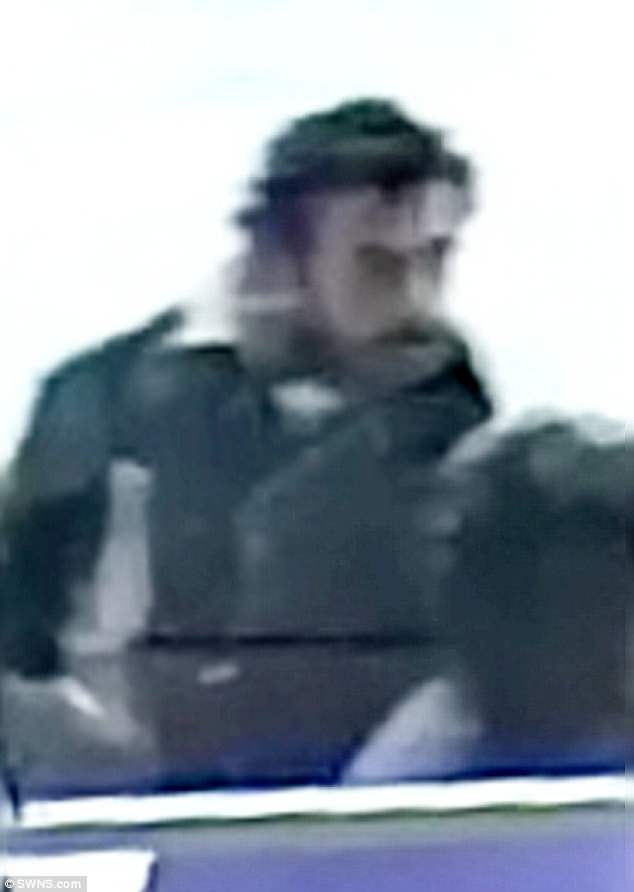 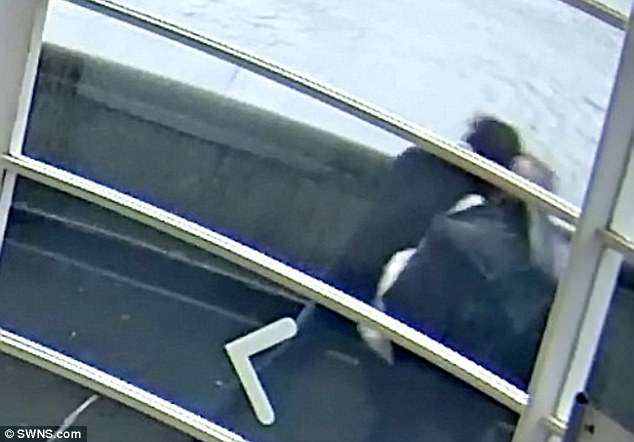 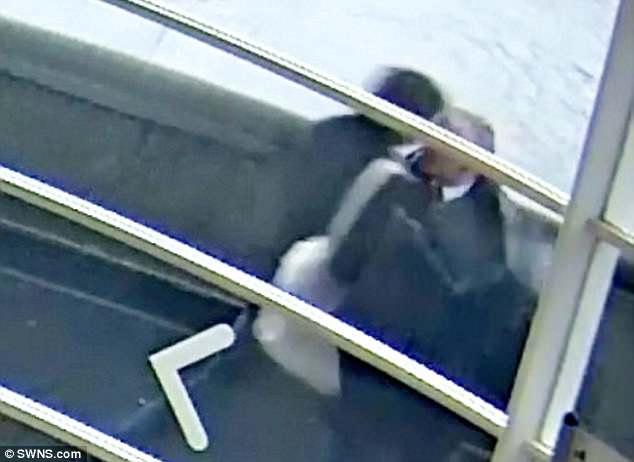 The angered man then rushes at his victim and bangs his head using his own. The man then fell to the ground 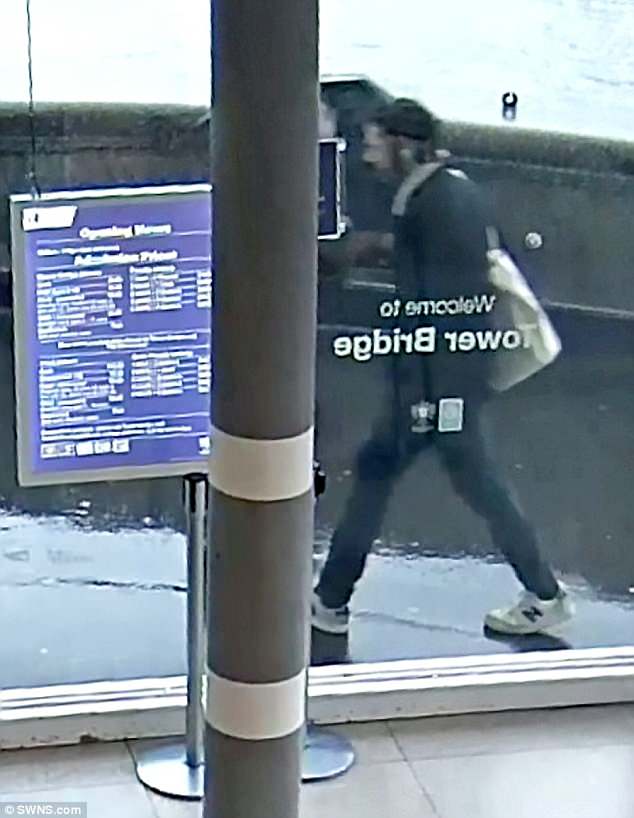 The man then calmly walks away across Tower Bridge. Police are not hunting for the assailant

The victim was said to have been shaken after the incident.

The man appears to have dark hair and facial hair, a dark jacket, dark jeans, white trainers and was holding a light-coloured bag.

A City of London Police spokesperson said: ‘Now we are calling on the public to help identify the man, who we wish to speak to in connection with the incident.’