Thug knocks man out with single punch in Lancashire

This is the sickening moment a thug knocked a 27-year-old man out with a single punch after a night out.

Shocking CCTV footage shows the 6ft 2ins man casually walk up to the victim before swinging his left hand in a jab-like motion.

He struck the defenceless man with so much force his victim immediately fell to the ground. Stunned bystanders in Chorley, Lancashire, can then be seen sprinting to the injured man’s aid.

Moments before, the victim had become involved in an argument with the unknown thug at around 4.15am on September 2 in the town.

The man was filmed laying motionless in the middle of the road after he hit his head.

He was left needing treatment at Royal Preston Hospital for a head injury after being punched in the face.

Detectives have released footage of the shocking incident in a bid to track down the culprit who is still at large.

PC Leanne Oxley, of Chorley Police, said: ‘The victim has been left quite shaken by this incident and our inquiries are ongoing to establish exactly what happened.

‘We would now like to speak to the man in the CCTV images as we believe he may be able to help with our investigation.

‘If you know who he is, or indeed, if you think this may be you, we would ask you to contact us as soon as possible. 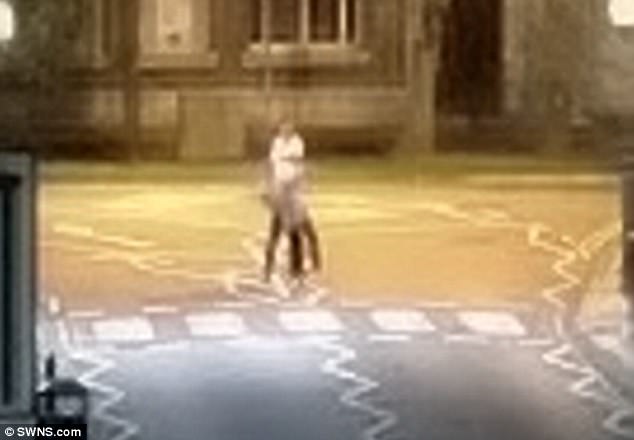 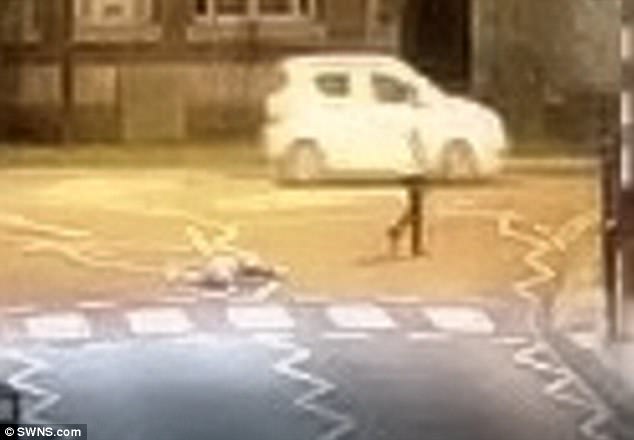 The man left him in the middle of the road and walked away from the scene in Chorley, Lancashire

‘Finally, I would urge anyone who may have witnessed this incident to come forward as you may have vital information.’

Police now want to speak to the man in the CCTV images as part of their enquiries.

The man is described as white, around 6ft 2ins tall and of large build. In the CCTV pictures, he is seen wearing a white t-shirt and jeans.