A thug who battered a young mother to death with a leash he kept for his Rottweiler is out of jail and dating a mentally ill woman.

David Craigie, who is now 33, accused Sonya Todd, 21, of cheating on him and then subjected her to a five-hour beating at their home in Methil, in Fife. Among the wounds were marks caused by a dog chain.

He was accused of murdering Ms Todd, who had a six-year-old daughter at the time, but pleaded guilty to the reduced charge of culpable homicide in light of evidence that her diabetes was a factor in her death.

He was sentenced to six years in prison in 2008 but the killer is now free.

His new partner has mental health problems and believes she is a four-year-old girl, friends say.

David Craigie (pictured), who battered a young mother to death with a leash he kept for his Rottweiler, is now out of jail and dating a mentally ill woman

His fiancée has spoken online about having foetal alcohol syndrome, ADHD, split personality disorder and behavioural problems as well as being emotionally unstable, the Daily Record reported.

The 31-year-old moves from hostel to hostel in Glasgow and frequently posts live videos on Facebook that are viewed by thousands of people.

Her friends believe Craigie, who uses different aliases including Darren, Kinloch and Hutchieson, is taking advantage of her vulnerable state.

One friend told the newspaper: ‘She is a very vulnerable adult. One of her split personalities is a four-year-old named Stacey who David insists calls him “daddy”.

‘She has been warned about him but she insists she doesn’t care. She doesn’t understand how violent this person can be.

‘I find it very disturbing how he is allowed near a vulnerable adult who has social workers. Why haven’t any of them stepped in?’ 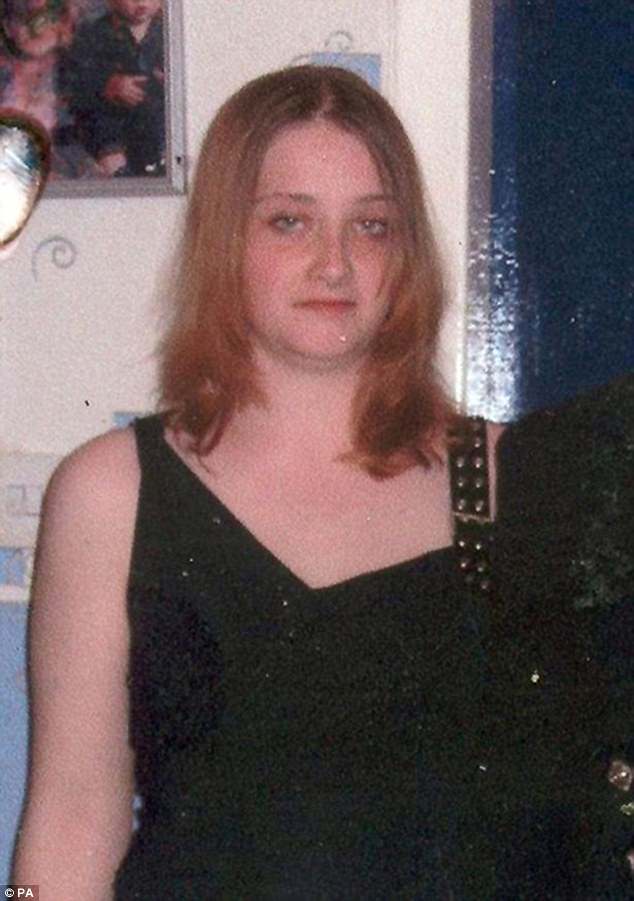 Sonya Todd, 21, was killed in 2008 by Craigie after he accused her of cheating on him

But the woman has defended her relationship with Craigie explaining how she ‘can’t wait’ to marry the killer.

She wrote on Facebook: ‘To all my friends, thank you for not leaving me and supporting me through all the s*** I’m getting about my fiance.

‘I’ve never been happier than I am now. I can’t wait to marry David.

‘I can’t wait to move in with him. He’s been there for me through all the s*** with my ex and I’ll always be there for him.

‘I love you baby so very much, more than anyone can imagine and I’m not getting away from him.

‘I am with David so deal with it. If you don’t like it, tough f****** bu*gers cause I ain’t leaving my man just cause you don’t like him or his past.

She faced criticism after boasting about her relationship on social media and uploading pictures of her with Craigie.

One woman, called Claire Smith, wrote: ‘Sick vile man. We all know what you did to Sonya you f****** vile evil beast, left a poor little girl without a mum. You should have been given the death penalty.

‘And to even own a dog again, police should have taken that off you. Get out while you can.’

Craigie is currently living in a ground-floor flat in Fife and has a Great Dane-Alsatian cross.