Thugs beat, slash and stomp on a Brooklyn man in broad daylight attack

Horrifying video shows the moment thugs beat, slash and stomp on a Brooklyn man in broad daylight so they could steal his credit card and use it for a $200 meal at McDonald’s

Surveillance video has captioned the sickening moment a New York City man was  violently set upon by five youths in a brazen, broad daylight attack.

Ken Wong, 38, was making his way home in the Cypress Hills neighborhood of Brooklyn on Friday afternoon, before he was ambushed by the group of strangers, who slashed his head and stomped on him.

At the beginning of the surveillance footage, Wong can be seen walking along unsuspectingly before the thugs pounce in order to steal his credit card.

One of the suspects – clad in a red bandanna – sneaks up and slashes Wong in the back of the skull, before another punches him in the face.

Wong collapses to the ground, but the group continues their violent attack by stomping on him.

They then rifle through the pocket of Wong’s jacket and take his wallet, before fleeing the scene.

Kevin Wong, 38, was the victim of a violent mugging in Forest Hills, Brooklyn on Friday afternoon 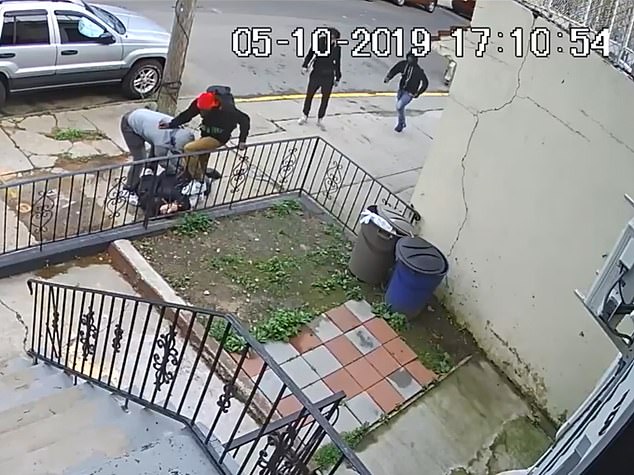 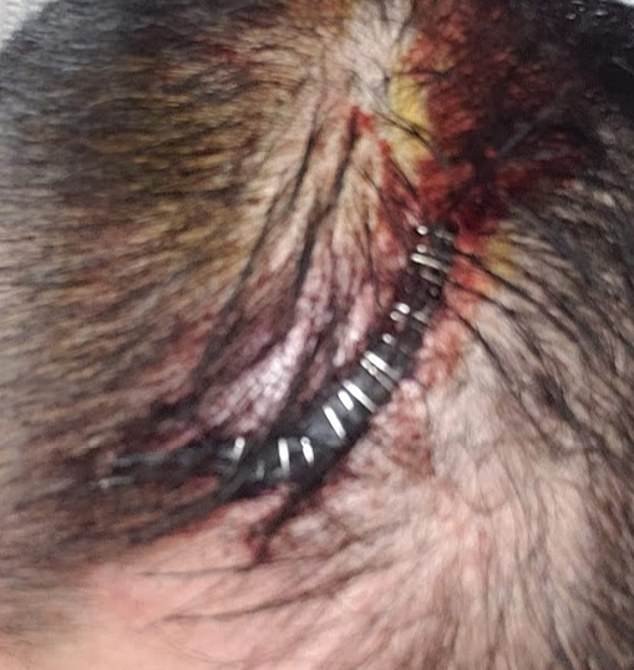 The surveillance video shows Wong amble to his feet as blood pours from his face.

He then staggers along the sidewalk appearing dazed by what has just occurred.

Wong was later taken to hospital where received 35 stitches and 16 staples in his head, according to The New York Daily News.

The victim told the publication that his wallet contained about $20 in cash, as well as several credit cards.

They splurged $200 on meals at the fast food franchise, before treating themselves to more food at a nearby Dunkin Donuts.

Wong told the New York Daily News that the incident was ‘traumatizing’ and that he hopes the perpetrators are brought to justice.

‘I’d rather have these guys apprehended so they’re not in the neighborhood and everyone’s safer,’ he stated.

Police are still hunting for the suspects, who are believed to be aged in their late teens or early twenties. 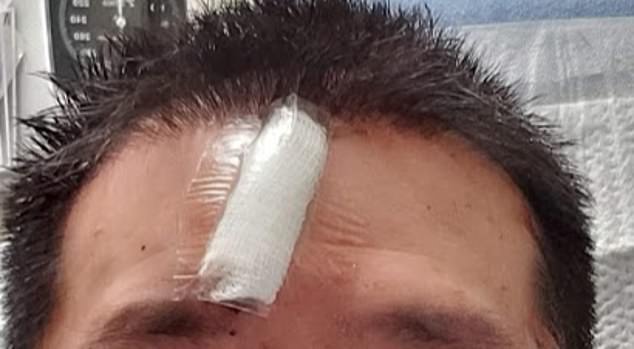 Wong told the New York Daily News that the incident was ‘traumatizing’. He is pictured in the hospital 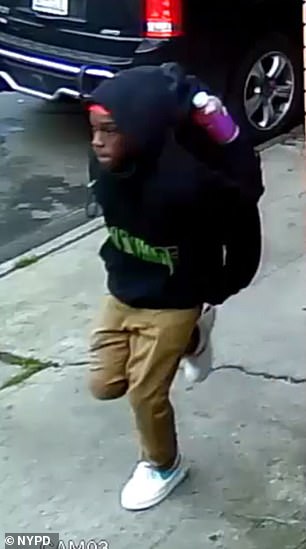 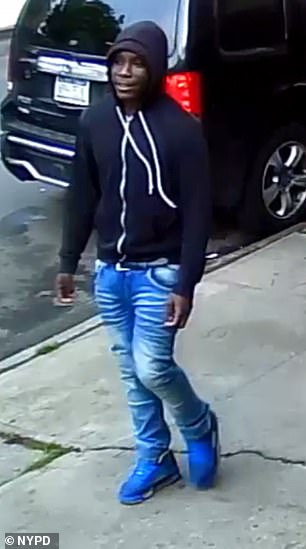 Police are still hunting for the suspects, who are believed to be aged in their late teens or early twenties 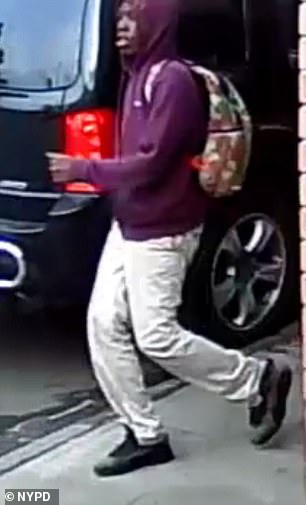 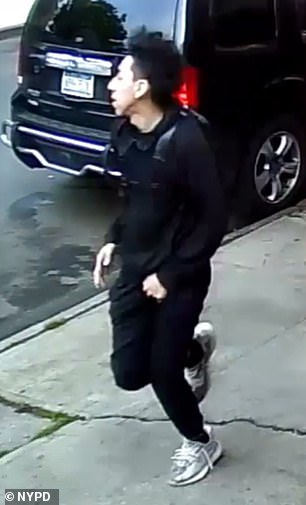 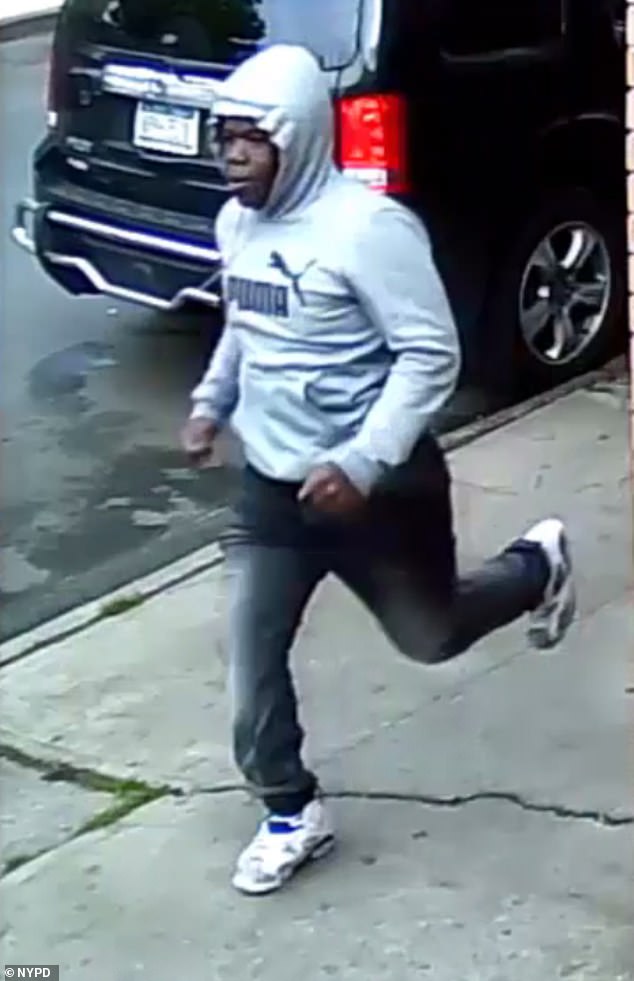