Is this Australia’s most dangerous sandpit? Five STEAK KNIVES are found buried at $16million children’s playground

Children have narrowly escaped serious injuries after steak knives were found in a sandpit at a popular playground.

Five knives were found in the sandpit of the brand new $16million Kershaw Gardens playground in Rockhampton, central Queensland on Thursday morning.

Rockhampton Regional Council found the knives were being used to damage the three-week-old playground after reviewing CCTV footage. 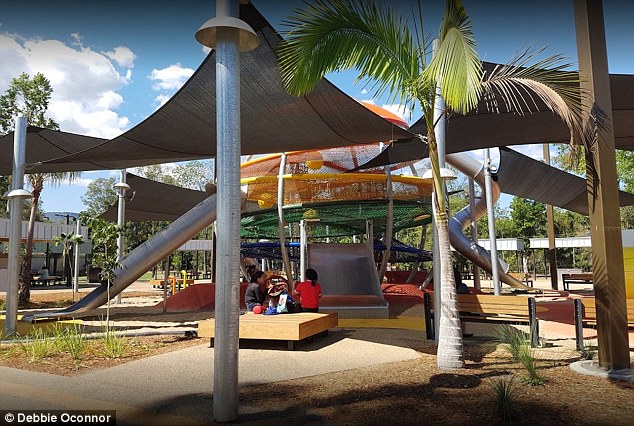 ‘This behavior is sickening and malicious and not normal for our community,’ Rockhampton mayor Margaret Strelow said.

‘I hope those responsible think carefully about what they’ve done and consider if they would really be prepared to face up to what could have been very serious consequences.’

A number of 12 to 14-year-olds were seen gathered at the park in the footage but weren’t trying to deliberately harm children according to Ms Strelow. 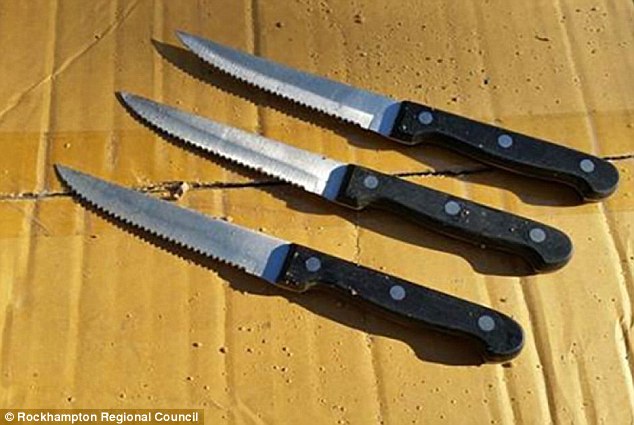 ‘For now, my gut feeling – and this is preemptive of any formal investigation – is that we are looking at some kids who were trying to damage the equipment and using steak knives to do so,’ she told the ABC.

In a bid to prevent any further incidents Ms Strelow has proposed reversing the appealing all night wi-fi and convenient lights out time of 10.30pm.

‘We’re going to make the speakers earn their keep, and perhaps Achy Breaky Heart on a loop might be just the answer,’ Strelow said. 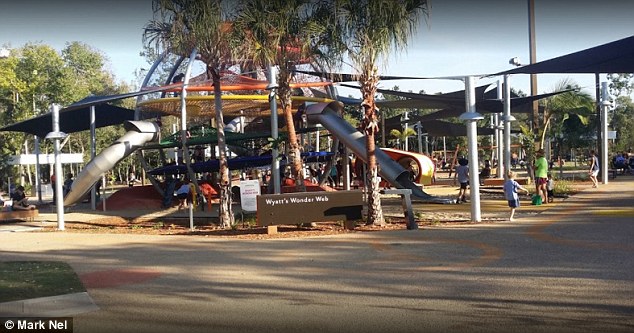 Many parents on social media are outraged with one mother stating: ‘Disgusting behavior. Lock them up and throw away the key.’

Other’s choose to express their distaste for sand and explain their kids ‘will ALWAYS need shoes in the sandpit now!’

No more knives were found after a thorough search of the playground but the investigation continues.