Brazen thieves stole a mobile phone at knifepoint only to use the victim’s Snapchat app to film themselves mocking him.

Between six and eight men armed with a blade and a crowbar approached three young males in Chislehurst, Kent, yesterday.

They stole the phone after after arriving at the scene in a stolen Thames Water van at about 1.45am.

The gang then posted a video on the victim’s Snapchat laughing at the victim and jeering. 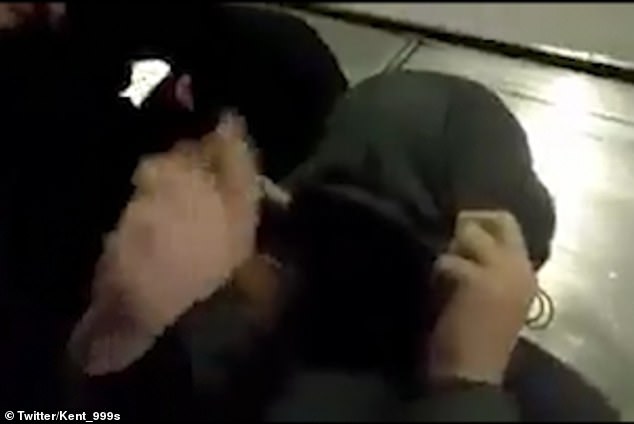 Hooded yobs can be seen pointing at the camera as they obscure their faces while they taunt the person. 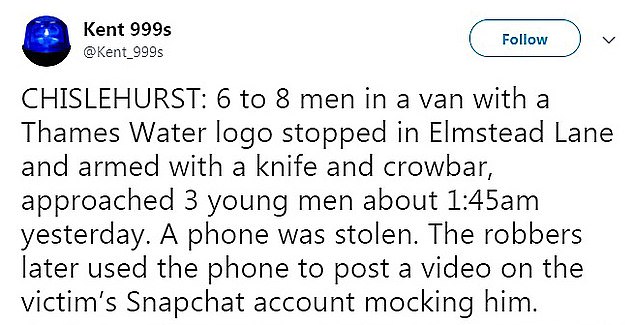 The men make hand gestures and as they say ‘ha ha’ over and over again while they celebrate their crime on the video and image sharing app.

Disgusted viewers tweeted their outrage about the clip, with one user branding them ‘feral w*******’.

Paul Ede wrote: ‘Let’s hope they pick on the wrong targets soon and get a f****** pasting.’ 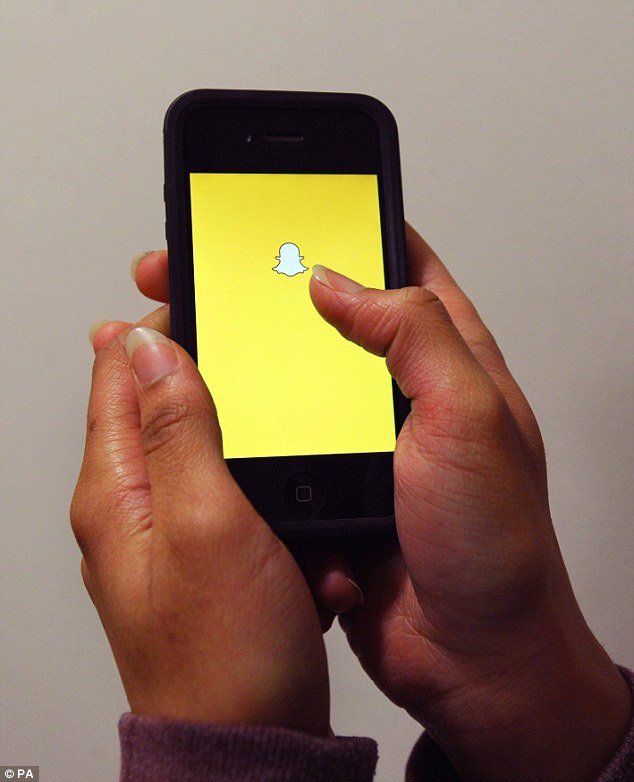 Another user going my the Twitter name ‘Mr happy!’ described the criminals as ‘inbred ferals’.

Howard Gould wrote that the gang were ‘absolute cowards’ with ‘no brains’ and ‘no guts’.

A Thames Water spokesperson said that the company was  ‘really sorry’ to hear about the incident. They added that the van had been reported missing to Kent Police.