Thumb and dumber! Idiot drivers are caught on their phones

Thumb and dumber! Idiot drivers are caught on their phones – with one motorist caught with no hands on the wheel as he sucks his THUMB while playing with his hair

Idiot drivers have been caught on their phones behind the wheel as one sucks his thumb while playing with his hair.

Shocking pictures show motorists with little regard for their own safety or that of others as they travel down the A338 in Bournemouth.

Dorset drivers are seen staring at their screens while sitting in their cars and one was spotted travelling at 40mph with no hands on the wheel. 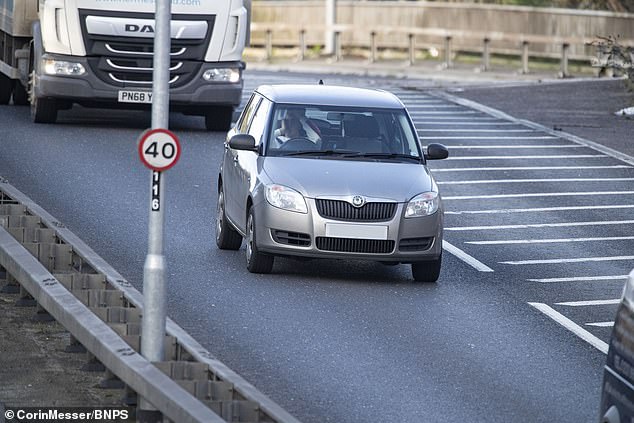 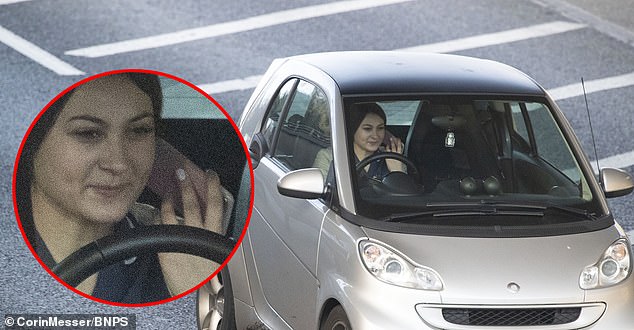 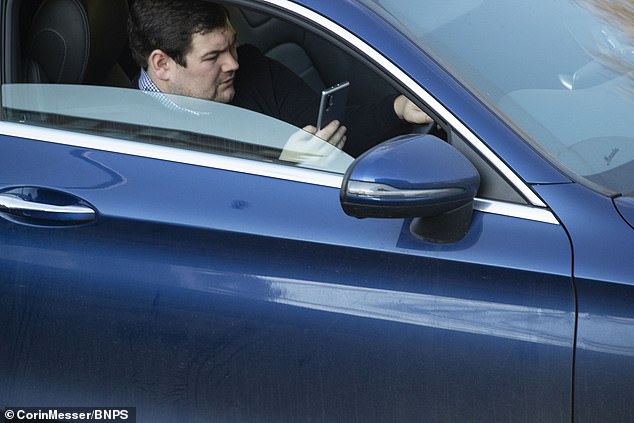 Pictured: A driver stares at his phone while looking irritated as he travels on the A338 in Bournemouth, Dorset 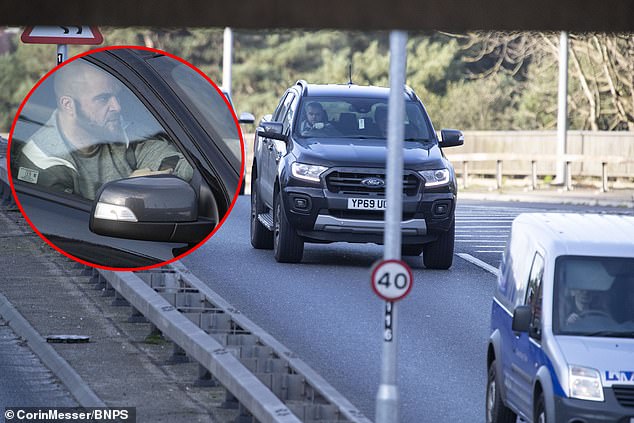 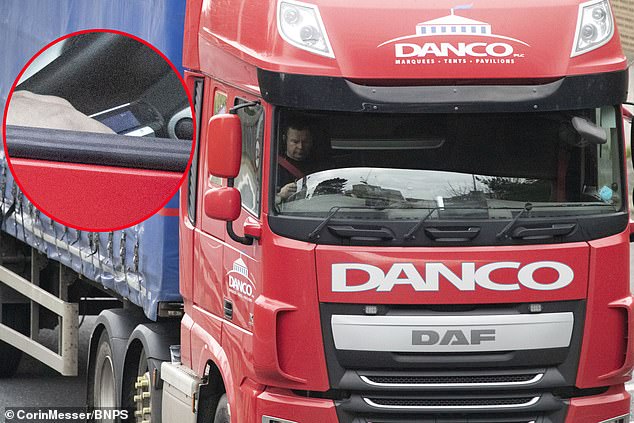 A lorry driver is pictured checking his phone on the A338 in Bournemouth, Dorset, despite being in a heavy vehicle

And it’s not just car owners captured flouting the rules as cameras also snapped a lorry driver looking down at his handset.

One 4X4 user is shown holding his phone close to his face while moving down the road.

And another checks her phone while it’s charging – despite a passenger being in the seat next to her.

A woman has both hands off the wheel as she places one on her forehead and speaks into her phone. 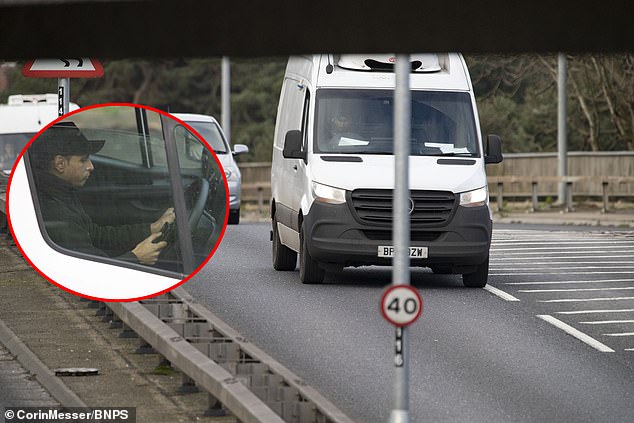 Pictured: A van driver looks at his phone with his other hand on the wheel as part of a series of worrying images taken on the A338 in Dorset 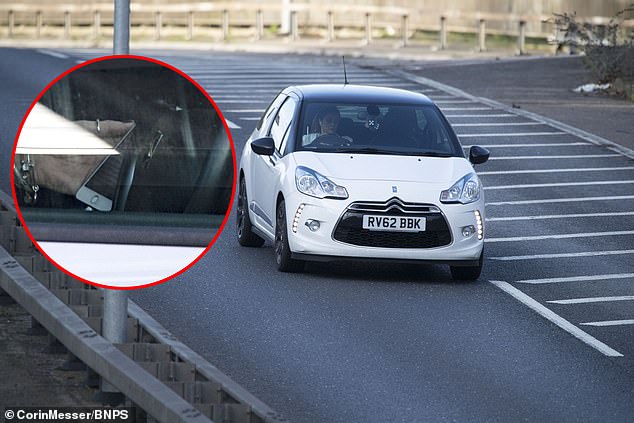 Pictured: A woman checks her phone while it charges despite being behind the wheel on the road in Dorset 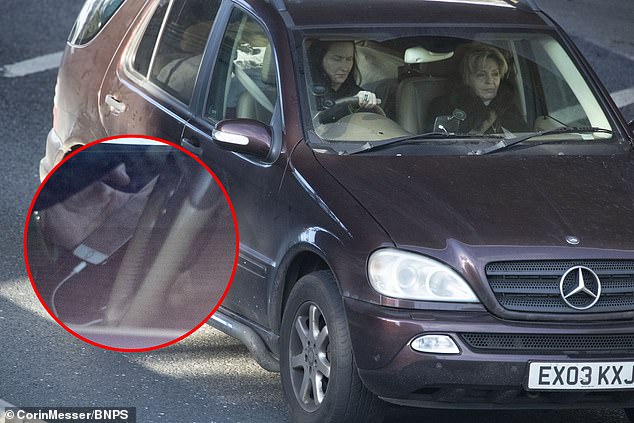 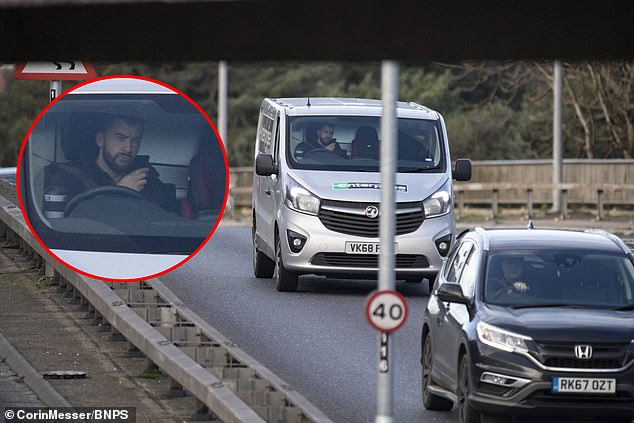 Pictured: A man stares angrily at his phone while driving a van down the busy road in Bournemouth, Dorset

New laws came in two years ago after a Daily Mail campaign highlighted a series of deaths caused by drivers talking on the phone or texting.

But the message clearly hasn’t reached the people shown in these pictures, one of whom can be seen holding her speaker right next to her ear rather than using a hands-free device.

The driver of a silver van stares intently as his phone as he holds it inches from his face.