Australians have been warned a deadly thunderstorm asthma epidemic could be brewing on the east coast of the country.

Professor Janet Davies, who is head of the allergy research group at Queensland University of Technology, told Daily Mail Australia a ‘perfect storm’ of high pollen counts, humidity and wet weather would form over summer.

She said the events would be brought on by La Nina – a wet weather pattern that has returned to the country for the third consecutive time this year.

The last major thunderstorm asthma event happened in Melbourne in 2016.

Thousands of people, many who’d never been diagnosed with asthma, were rushed to hospital while 10 died from breathing complications.

‘They tend to happen every five to six years,’ Professor Davies said.

‘We’ve not had one since the big 2016 Victorian event and we’re going into our third La Nina this summer.’

The epidemics are caused when rain bursts pollen from temperate grasses into tiny particles, which are then suspended in the air and inhaled by residents.

Professor Davies has been studying the phenomenon for years and is the former head of the National Health and Research Council and Auspollen partnership.

Professor Davies said the consistent wet weather over recent years is causing the grasses, which produce the pollen, to become more widespread and abundant.

A scientific paper published by her team this year found that pollen counts in Brisbane between 2017 and 2021 were almost triple those recorded in the 1994 to 1999 period.

‘Across the globe there have been 23 thunderstorms asthma epidemics in the last 20 years and 10 of those were in Australia,’ she said. 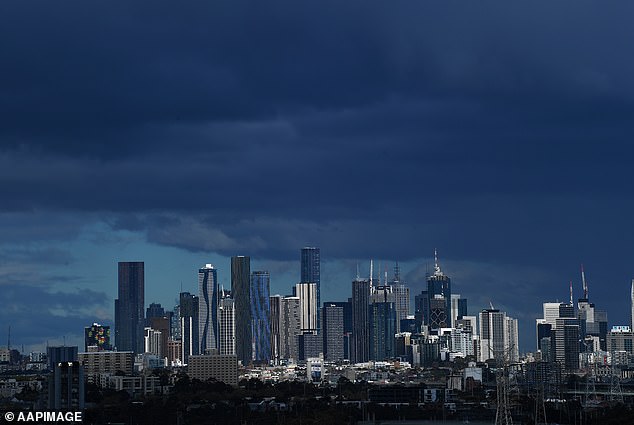 ‘There was the big event in Melbourne but there have been events across the south east in the temperate region from Victoria through NSW to southern Queensland’.

Deakin University AIRwatch director associate professor Cenk Suphioglu said this week for Victoria heading into November, the conditions were prime for another event.

Professor Davies said not just people with diagnosed asthma were at risk.

‘Those who were affected in Victoria were allergic to temperate grasses, particularly ryegrass pollen, and had a history of hay fever but only about half had a previous diagnosis of asthma and were found later to have latent asymptomatic asthma’.

Hay fever or seasonal allergic rhinitis is present in the vast majority of people who are affected.

A recent study found clinical tests can determine a risk factor for thunderstorm asthma and concerned people with hay fever should speak with their GP who can prescribe preventative asthma treatments.