She’s become one of the most in demand new models.

And Thylane Blondeau, 16, was enjoying some downtime over the holidays, stepping out in Miami with a group of friends on Saturday.

The rising star, who was dubbed the ‘most beautiful girl in the world’ at the tender age of 6, was rocking a low-key look for the occasion.

Stepping out: Thylane Blondeau, 16, was enjoying some downtime over the holidays, stepping out in Miami with a group of friends on Saturday

She wore her hair down loose and opted for comfy trainers for her seaside outing.

The French model was spotted chatting to a group of pals, strolling along arm-in-arm with one.

Last week, Thylane had also been spotted out and about with her pals. 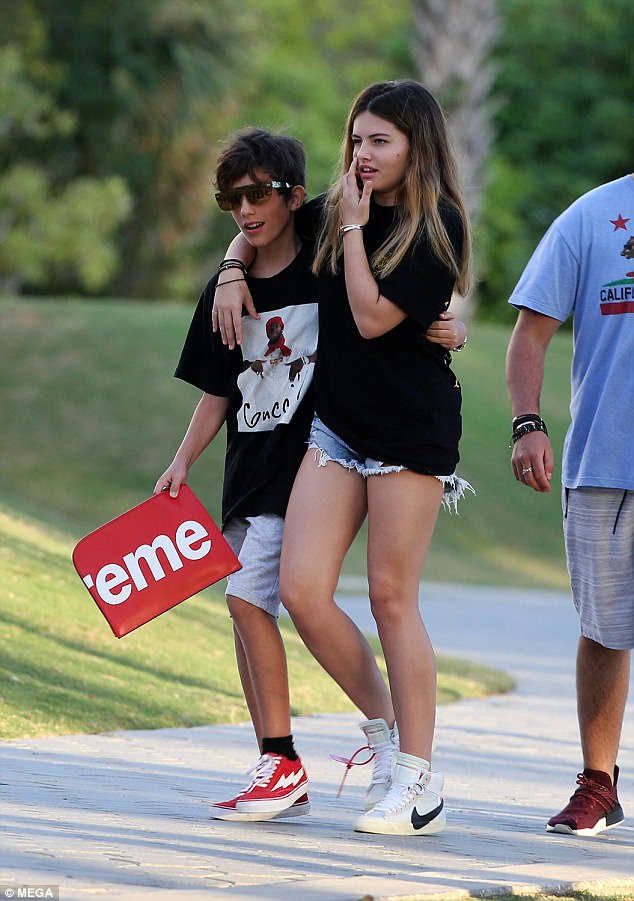 Larking about: The French model was spotted chatting to a group of pals, strolling along arm-in-arm with one 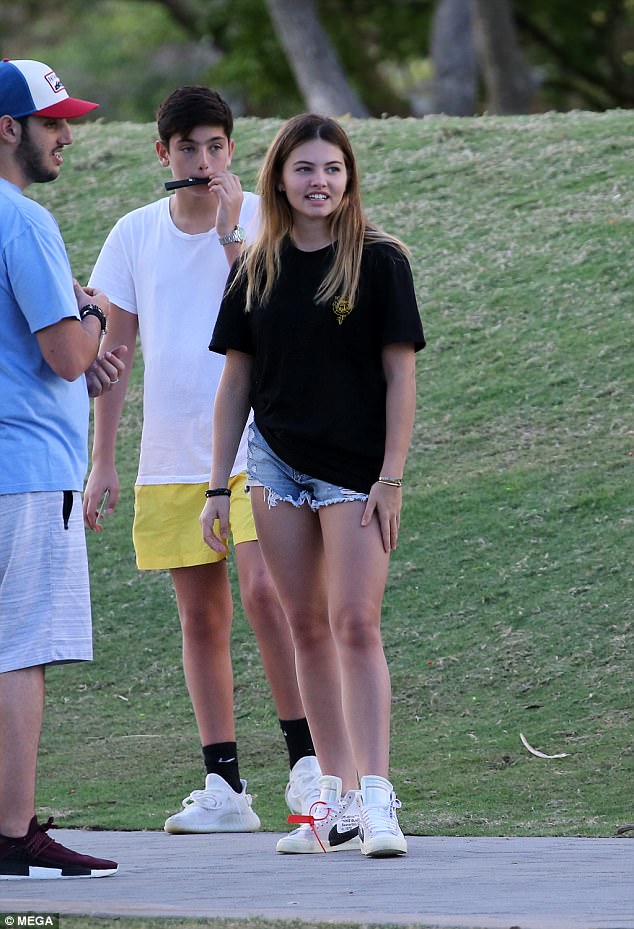 Low-key: She wore her hair down loose and opted for comfy trainers for her seaside outing 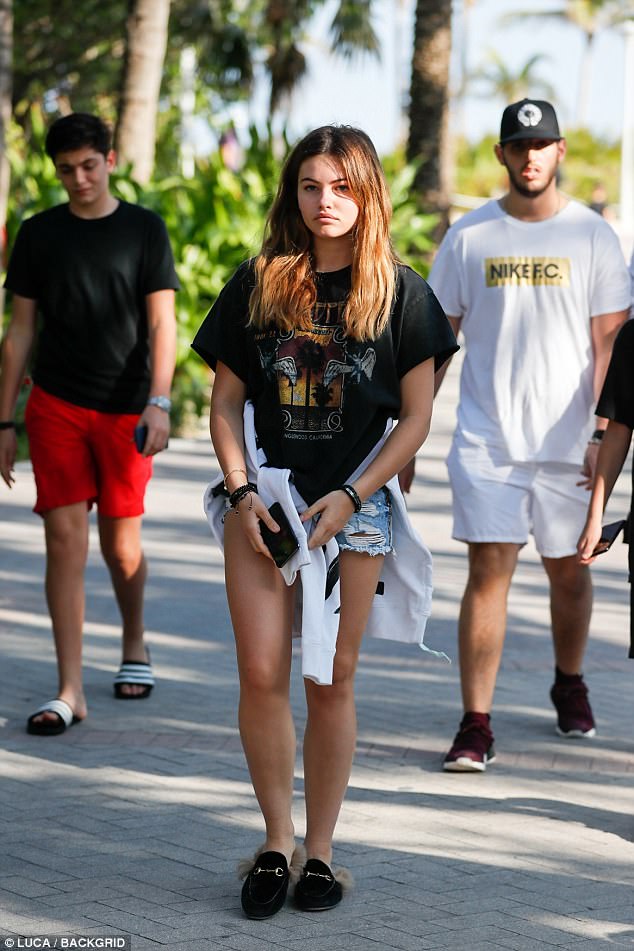 Cool: Thylane Blondeau cut a low-key figure as she joined a male pal for a trip to the beach in Miami on Thursday

She opted for her favourite distressed denim shorts and a baggy slogan T-shirt.

Thylane complemented her casual ensemble with a pair of Gucci loafers, which protected her feet from the hot sand.

The French star tied a white hoodie around her waist and accessorized the look with several rope bracelets.

The catwalk star, who graced the runways in Paris Fashion Week earlier this year, accentuated her model looks with deft touches of glowing make-up. 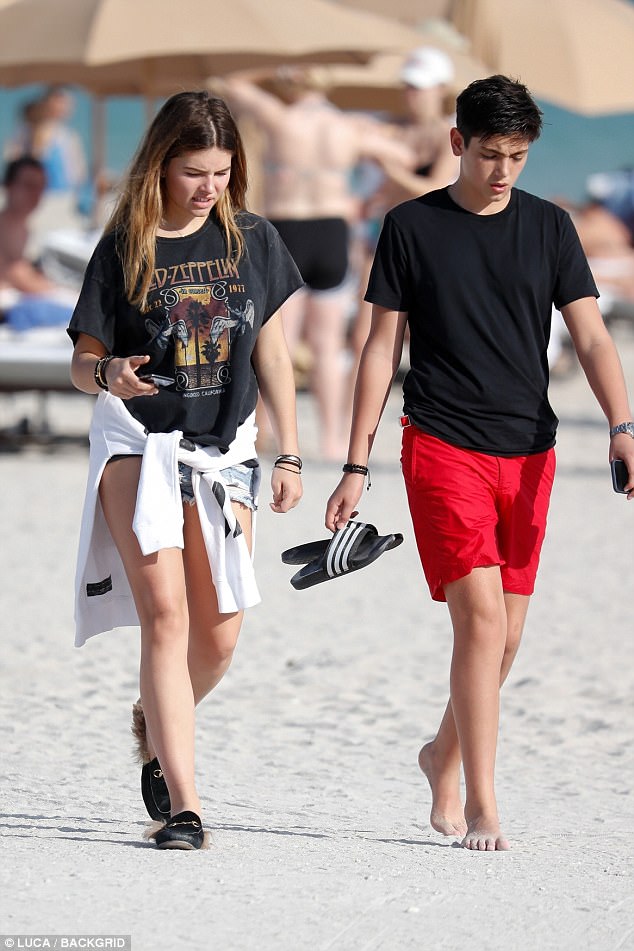 Effortlessly stylish: The 16-year-old cemented her sartorial credentials in a black slogan t-shirt and denim hot pants for the sunny beach jaunt

She looked deep in discussion with her mystery male pal, who donned a pair of red board shorts and a plain black t-shirt.

Thylane has been modelling since she was four years old, and even walked for designer Jean Paul Gaultier on the runway.

However, the starlet found worldwide fame after her Vogue Enfants cover propelled her into the limelight at just six years old.

She is now the brand ambassador for L’Oréal, following in the star-studded footsteps of Eva Longoria, Black Lively and former Girls Aloud star Cheryl. 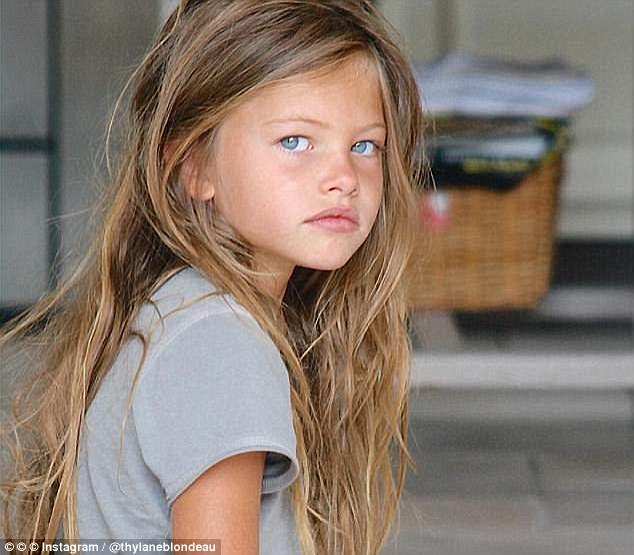 Pictured: Thylane found worldwide fame after her Vogue Enfants cover propelled her into the limelight at the tender age of six

The golden-haired beauty recently confessed the most valuable piece of advice her famous parents gave her was to ‘always be herself’.

‘My mum is always with me, and I’m always consulting her,’ she explained to W magazine.

With famous parents, it is no surprise she is every inch the social butterfly as she mixes with the great and the good of the Hollywood world. 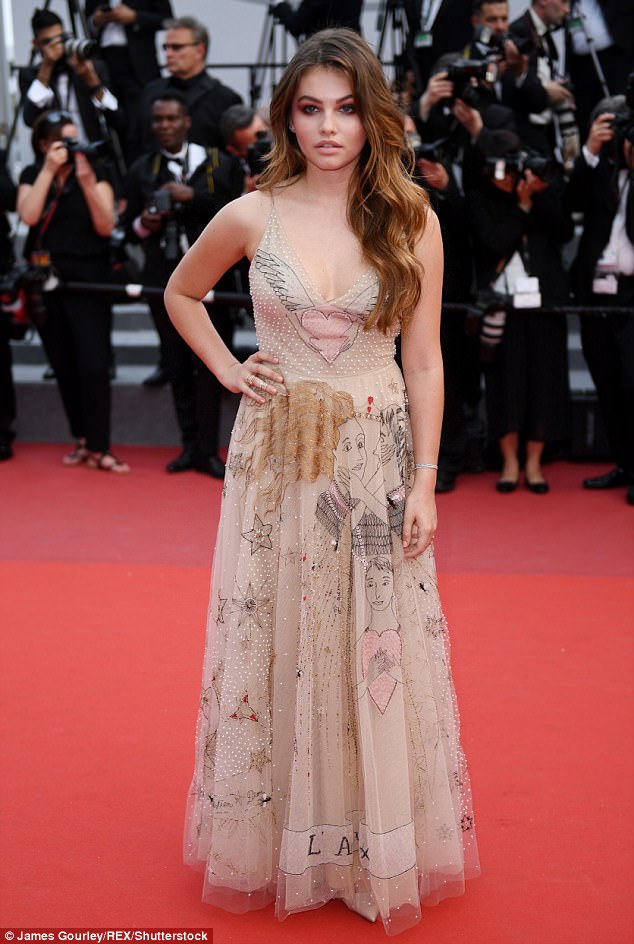 Taking centre-stage: In May, she stepped out at the Cannes Film Festival for the first time — a debutante ball of sorts for young European scions

Ruling the runway: She has been taking the modelling industry by storm as a teen model – pictured walking for Dolce & Gabbana at two different shows this year