Australian trainer, Tiffiny Hall, is known for her extreme fitness but the 33-year-old had a difficult pregnancy that saw her gain 30 kilograms in the process.

‘I was expecting to be fit and active during my pregnancy and to just get on with life but I had a very sick pregnancy, an all day sickness for nine months,’ she told Today.

‘It was very hard and I couldn’t be active during that time, I couldn’t exercise. I was disappointed but I realised my pregnant body was very different to my normal body.’

Australian trainer, Tiffiny Hall, had a difficult pregnancy that saw her in and out of hospital and putting on 30 kilos in the process but four months later she has lost 21 kilos

Tiffiny has never been shy about how she feels about her body, sharing snaps online about how proud and happy she was with what it has achieved.

When she posted a picture of her and her five days old son on Instagram, she was wanting to show him off as she was proud of what they had both achieved, but most comments were about how swollen her body was.

‘So I decided to put out a picture of my postpartum body just as it is. I’ve put on weight and I’ve earned these stretch marks, I’ve earned every jiggle,’ she told the morning program.

‘I was very proud of my body, it never felt stronger than during labour and during that very athletic experience and I think women should give themselves a break and take that pressure off.’ 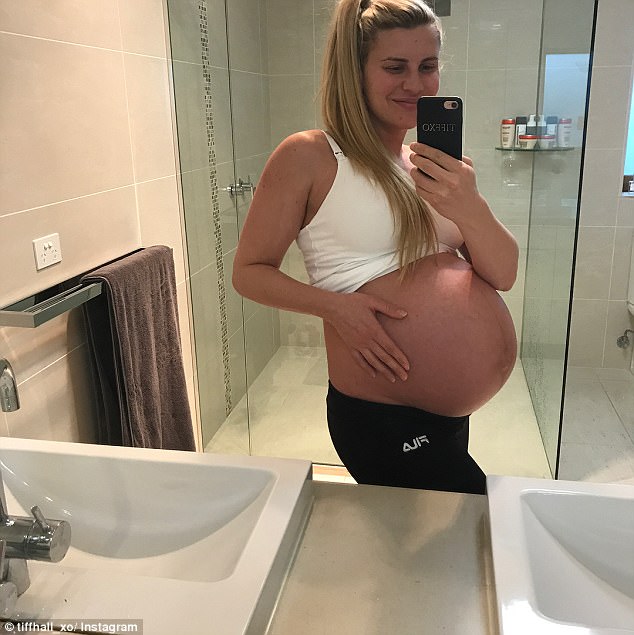 Tiffiny has never been shy about how she feels about her body, sharing snaps online about how proud and happy she was with what it has achieved 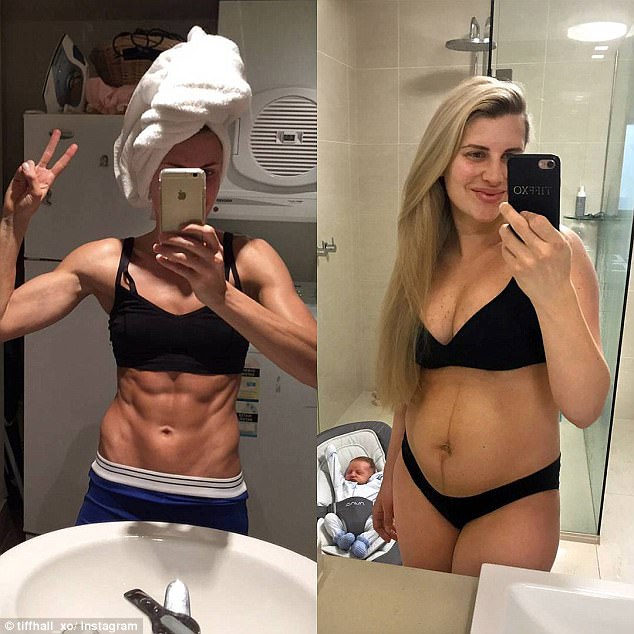 She explained that during her pregnancy she had no control over her hormones or her cravings.

‘I kept sending my husband Ed out for sausage rolls, water tasted like vomit, I lived on milk, it was hard but I’m slowly getting my fitness back,’ she said.

Tiffiny lost the impressive 21 kilos through doing her own fitness program, working out at home with her son Arnold and by ‘concentrating on being happy’. 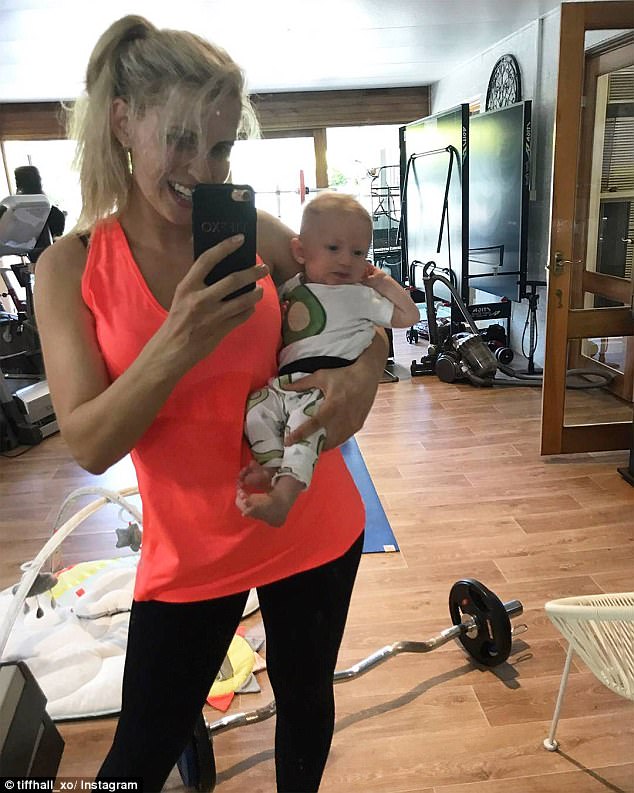 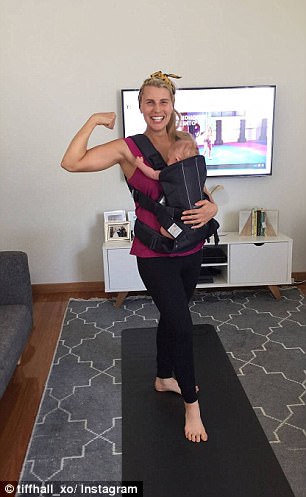 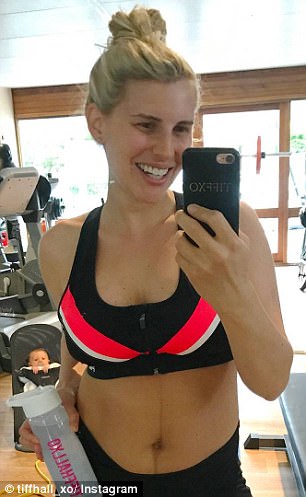 ‘During my pregnancy I was seeing a lot of bounce back photos on Instagram and I found it quite damaging to my own self esteem,’ Tiffiny explained.

‘I run my own fitness program called TIFFXO and a lot of my members would talk about those images being quite damaging.’

The mother-of-one wants other mums to know how unrealistic some of these images are and wants them to take the pressure off themselves when it comes to ‘bouncing back’.

She stressed that it takes time to lose weight and to see these kinds of transformations you have to ensure you change your lifestyle. 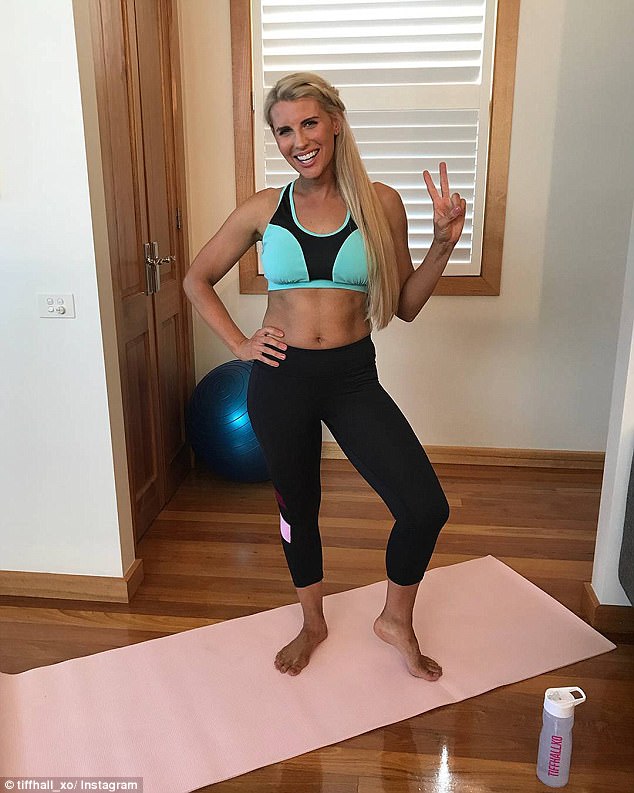 ‘I may never get my abs back but I want to get fit and strong but Arnold is everything to me,’ she said.

Tiffiny encouraged new mothers to ‘enjoy the newborn bubble’ and to forget about your body as your fitness will come later.