It is entirely possible that Justin Rose could win $11million on Sunday and strengthen his position as the world No 1 – and practically no-one at East Lake will either notice or care.

Nothing against the popular Englishman, it should be stressed. It’s just that the landmark victory the golf world craves and that has seemed inevitable with every passing week of his mesmerising comeback has now moved firmly into view following another stunning round from Tiger Woods on Saturday.

To think, with five days to go before the start of the 42nd Ryder Cup, Woods is poised to complete his first win in five years – and the 80th on the PGA Tour of his incredible career – while the only players who can possibly stop him are the two mainstays of Europe’s team in Rose and Rory McIlroy.

By Woods’s side on Sunday will be McIlroy, who has dreamed since he was a teenager of playing alongside his idol in the final round with a title on the line. Who is writing this script?

Woods was tied with Rose at the start of the third round of the Tour Championship but is now three shots clear of the Euro pair following a sublime 65.

There were days during Woods’s prime when we could all have gone home at this point, knowing exactly what would happen in the final round. However five years is a long time and who knows what will happen if Rory gets into one of his irresistible grooves, or Rose putts a lot better than he did on Saturday. 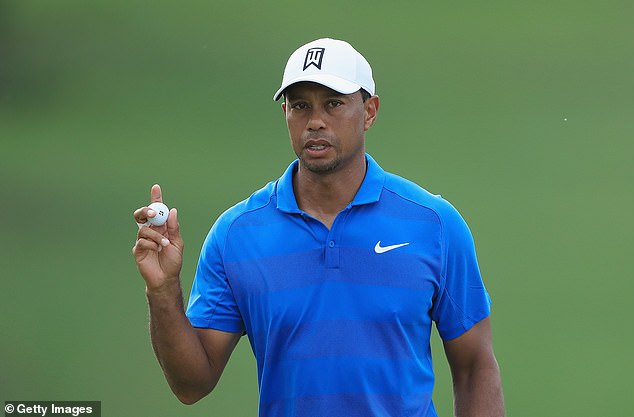 Woods blew everyone away with a mind-boggling five straight threes to begin. He was five clear after just seven holes. However he cooled off thereafter and McIlroy is still very much in this, as is Rose despite taking 31 putts to Woods’s 23.

As for the $10 million bonus for winning the FedEx Cup, that is now Rose’s to win or lose. He is currently second on the FedEx list, the leader Bryson DeChambeau has faded badly, and so he could finish fourth and still win the bonus. Runner’s-up spot in the tournament would earn him a further $1 million.

With one eye on the Ryder Cup, it will have cheered captain Thomas Bjorn to see Jon Rahm in tied fourth place and Paul Casey tied sixth.

He won’t be too upset either to see so many of the Americans playing tired golf, following a long run of events. In a 30 man field, Bubba Watson is tied 27th, Patrick Reed 29th and Phil Mickelson dead last following an exhausted-looking 76. 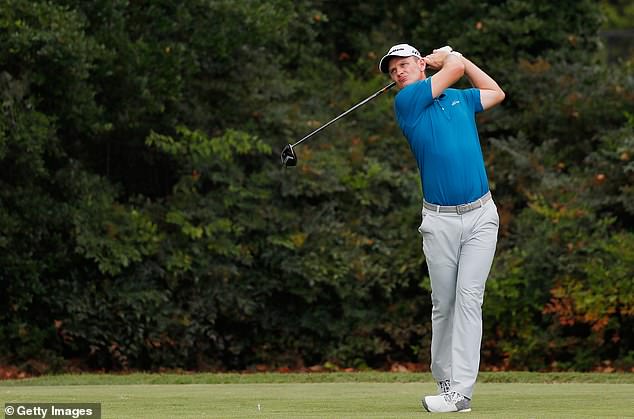 As for McIlroy, he dropped a bombshell for European golf by revealing he will begin his season in America next year for the first time. Forsaking traditional pit-stops in Abu Dhabi and Dubai, it is the first bleak sign of how the changing schedule and vastly increased riches on offer on the PGA Tour are going to wreak havoc for the European equivalent.

Only once since he joined the paid ranks in 2007, when injured last year, has McIlroy skipped Abu Dhabi. ‘It’s the perfect place for me to open my campaign,’ he said in January, ‘but the landscape has shifted dramatically.

Last Wednesday, the PGA Tour announced the FedEx bonus pool will increase from $35m to $70m, with the leading prize going up from $10m to $15 m.

There’s a $2m bonus for the man who goes into the play-offs in first place – a position McIlroy wouldn’t have a hope of claiming unless he upped his numbers in America. 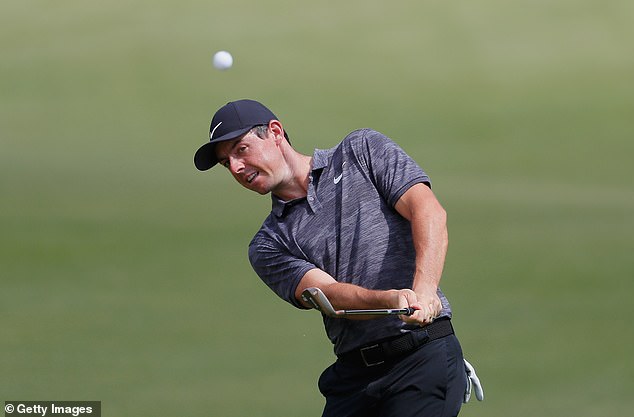 ‘I think the changes to the PGA Tour schedule are great and will encourage the guys to play more,’ explained McIlroy. ‘I always feel like I’m behind everyone else because I play in Europe.

‘I come over here for Los Angeles in February and everyone has played ten events, while that’s my first one. People will play more because of the bonus at the end of the regular season and then there’s obviously a lot of money to be had in the play-offs.’

McIlroy will play his first tournament in Hawaii in January and base himself in America until July. With an American wife and a home in Florida, it makes sense on a personal and professional level – but it’s desperate news for Europe.

The first time McIlroy will be seen at a regular European Tour event will be at the Irish Open in July, and he won’t be alone in shifting his priorities. Expect plenty more to follow his example.