Tiger Woods has admitted his delight that his children managed to see him win a major tournament after he completed one of the greatest comebacks in sport by claiming the season-ending Tour Championship in Atlanta on Sunday night.

Chasing a first win since 2013 and the 80th PGA Tour title of his career, Woods took a three-shot lead over Justin Rose and Rory McIlroy into the last day at East Lake and the 14-time major winner was never in serious danger of getting caught.

Thousands of Woods fans spilled onto the 18th fairway to follow their idol to the green. In an interview after the celebrations, Woods admitted his delight that his children, daughter Sam (11) and son Charlie (9), saw him become a champion. 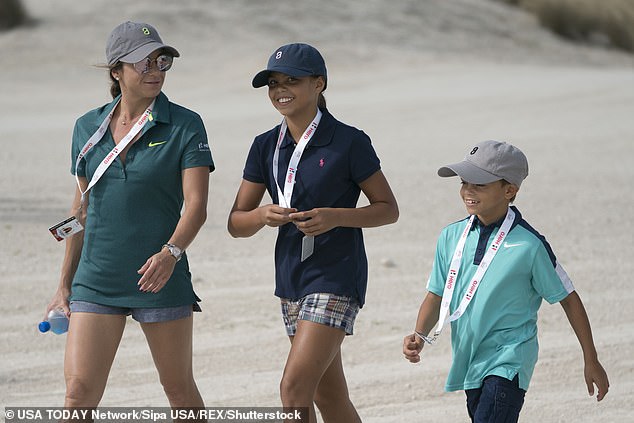 ‘I think they understand a little bit of what dad does now,’ Woods said.

‘I hadn’t won any tournaments in which they can remember, so I think this will be a little bit different for them. To be able to have shared what I did with them at the Open this year, I had a chance, I had the lead. They felt it, that atmosphere.

‘They know what their dad can do on a golf course now. It’s not what I used to be able to do. A lot of times they equated golf to pain because every time I did it, I would hurt, and it would cause me more pain. And so now they’re seeing a little bit of joy and seeing how much fun it is for me to be able to do this again.’ 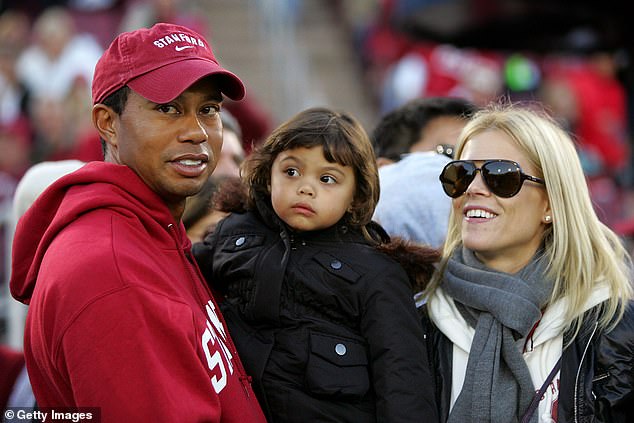 Woods holds his daugher, Sam, and stands next to his ex-wife Elin Nordegren back in 2009 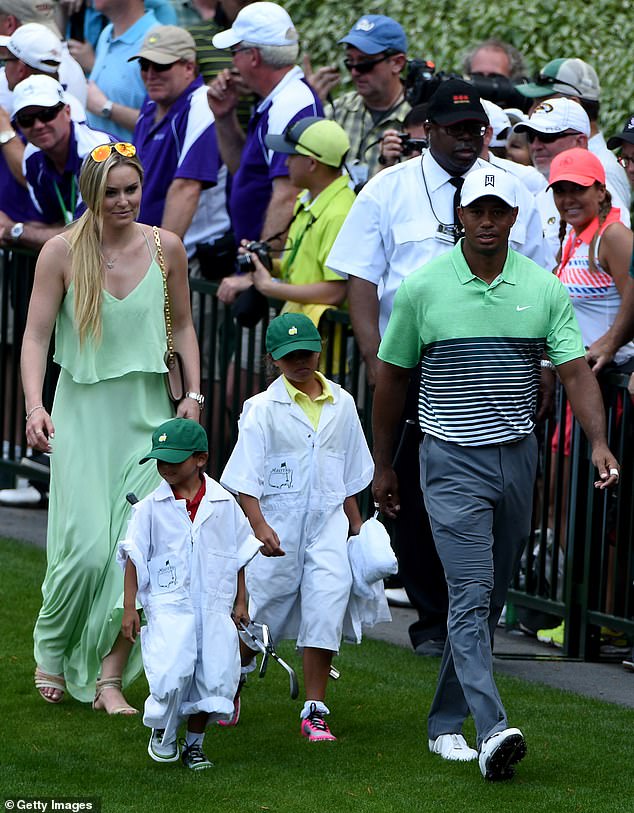 Woods with ex-Lindsey Vonn, Charlie and Sam during the par 3 contest at the 2015 Masters 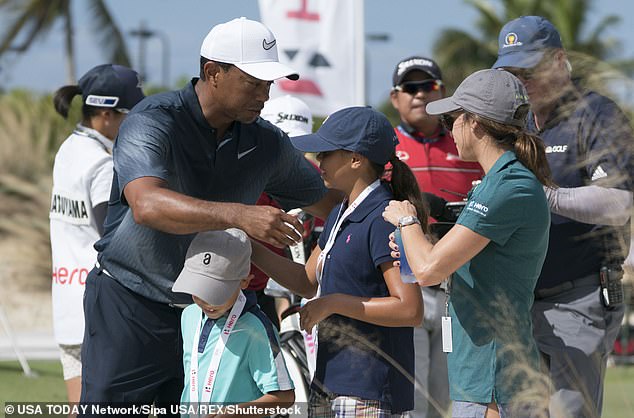 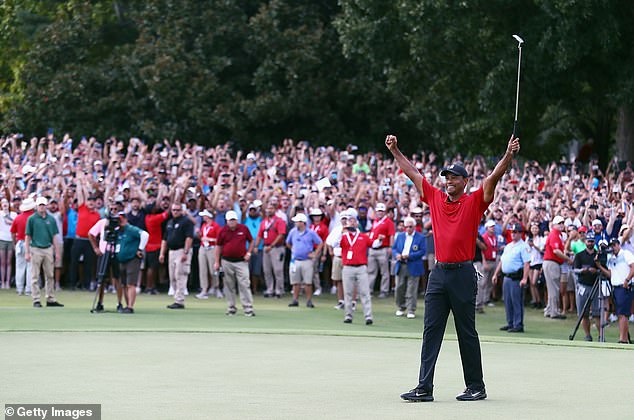 The 42-year-old was warmly embraced by his playing partner Rory McIlroy after winning for the first time in 1,877 days. Woods held his arms aloft to spark rapturous scenes among a record crowd.

‘I just loved it out there, the fight and the grind but I was trying hard not to cry at one point,’ he said. ‘At the beginning of the year this was a tall order but I proved I could progress and put it together.’

The other big winner was world No 1 Justin Rose, who needed to birdie the par five 18th hole to win the $10 million bonus for the FedEx Cup – and gutsily managed it.