Cringeworthy footage has emerged of a man refusing to leave a group of women alone during a night out, despite being asked to leave the alone multiple times.

The creepy encounter was uploaded to TikTok by Janeright on Friday, showing the women repeatedly ask the man to leave them alone as they ate outside a kebab shop in Perth.

‘You ask us why we are afraid of men? This is why…’ the TikTok user captioned the footage.

In the video a blonde woman tells the man to leave them alone saying, ‘we said hello, we don’t want to talk’.

The man appears to leave before he shortly returns to the group unable to take no for an answer.

‘We’re at girls’ night bro, we don’t want to be f***ing harassed by guys,’ she says, as she points for him to leave.

‘We don’t need to interact with you if we don’t want to.’

The man, who was kneeling next to their table, was slurring his words as he talked over the top of the blonde woman  before a frustrated restaurant worker intervened.

‘Get up… respect the ladies get up and move,’ he says.

TikTok users praised the restaurant staffer for interjecting but also pointed out a woman’s ‘no’ should have been enough.

‘That man in the blue hat was very nice to intervene and help, but it’s so sad that some men will only listen to other men,’ one person wrote.

‘It’s so frustrating that it takes another man for the other guy to listen. This has happened to me and I’m sure it has happened to so many other girls,’ commented another.

‘The frustrating thing is we’re constantly told to say no and to assert ourselves, then when we finally do they don’t listen,’ added a third. 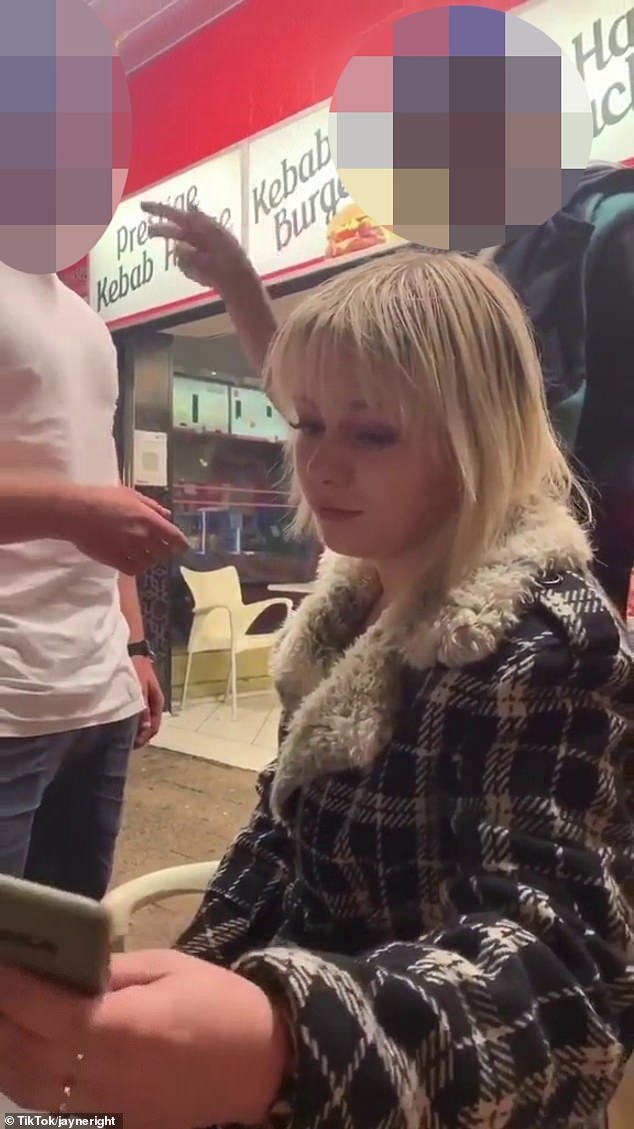