A woman who grew a devoted TikTok following thanks to her candid videos about living with terminal cancer has died.

Stacey Pentland, who was 37, from Newcastle, set up her social media account in a bid to help others going through the same thing feel less alone.

The mother-of-four, who garnered almost 200,000 followers and more than 5 millions likes on TikTok, discovered she had lymphoma cancer in April 2020.

Her videos documented the progression of her illness, as well as her mental health struggles, and she shared information about her treatment and the medical equipment she used.

Her death was announced on her TikTok channel on Thursday, in a video featuring and black and white photo of Stacey, and the words: ‘It is with great sadness that I have to tell you that our beautiful Stacey passed away at 20 to 2. Can I ask you to respect the family’s privacy at this difficult time.’

Stacey Pentland, who was 37, from Newcastle, shared her experience with terminal cancer (pictured here before chemotherapy) in a bid to help others with the illness feel less alone 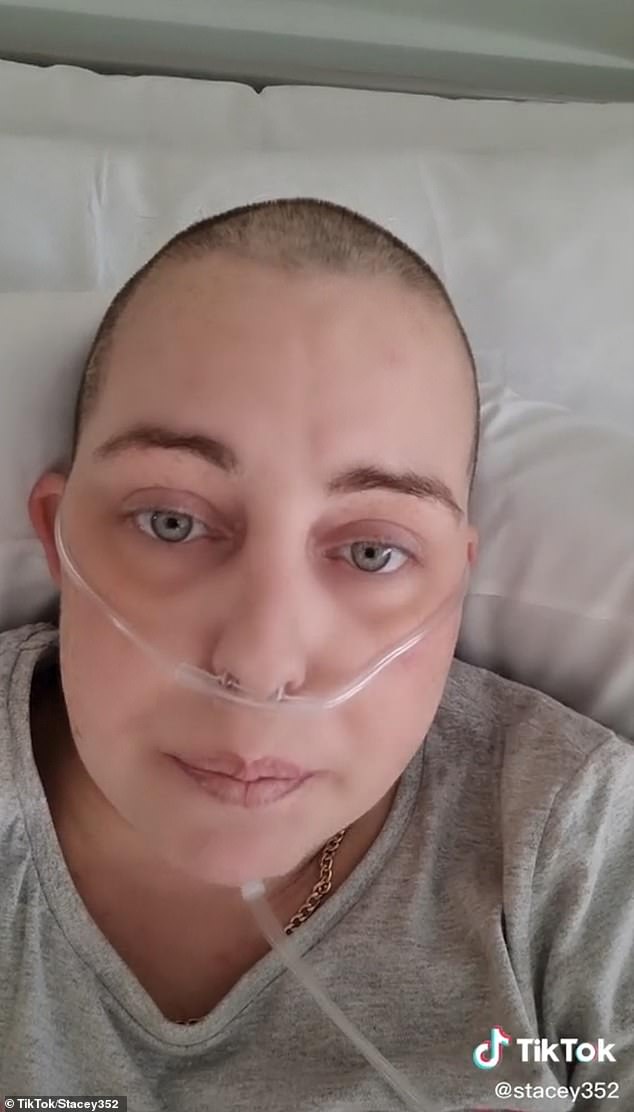 Stacey was diagnosed with cancer after going to Newcastle’s Royal Victoria Infirmary with sudden back pain, where she was told that tumours had spread throughout her body.

She underwent chemotherapy in a bid to spend as much time as possible with husband Anthony and her four children Chloe, Sophie, Geordie and AJ.

Speaking at the beginning of this year about why she started her TikTok, Stacey told the Chronicle Live: ‘I never in a million years thought this would happen to me, but it can happen to anybody.

‘I started it because I felt unbelievably alone when I was diagnosed and I didn’t want anybody else to feel that way. Now I’ve had thousands of messages of support, people saying ‘because of you I went to the doctor, they found my cancer early.

‘At first it was overwhelming, some of the messages were heartbreaking, but it is great that they’ve got tested, they’ve had a smear test or got something checked and now they have a chance.’

Stacey spent time at St Oswald’s Hospice, but returned home at the end of her life to be with her family. 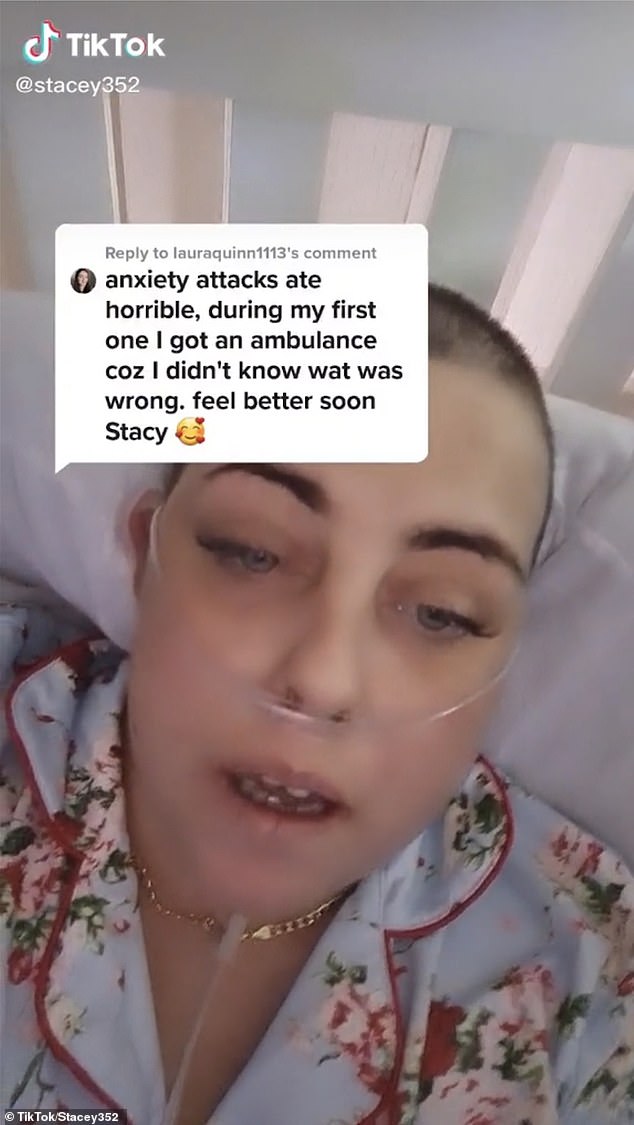 Stacey shared details of her mental health as well as physical, discussing topics like anxiety attacks with her audience 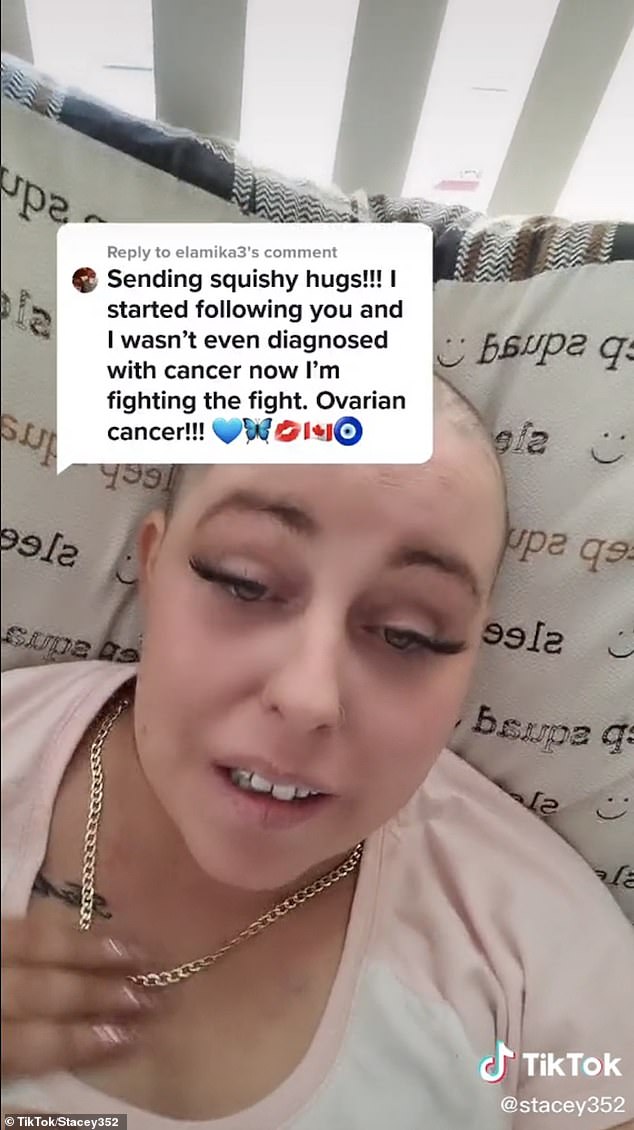 She told St Oswald’s Hospice, where she received care, that after the initial shock of her diagnosis, she thought ‘if this is the end of my life, I need to do something good with the time I have left’.

She added: ‘I knew nothing about cancer, and so I wanted to raise awareness to others, and that’s when I started my daily video diaries on Tik Tok.

‘Everything started to blow up on social media and as a family we’ve had an unbelievable amount of support.

‘From the beginning I’ve been really honest about my journey as there’s a lot people don’t talk about when it comes to cancer. It’s sometimes a taboo subject, so I want to show the hard times when I’ve been in a lot of pain.’

Tens of thousands of people responded to news of Stacey’s death and expressed their grief, as well as their admiration, with one poster calling her ‘incredible’

Following the announcement of her death on TikTok, tens of thousands of peopel took to the comments section to express their grief and share condolences with her family.

‘There are no words, heartbroken for her and her family. Fly high Stacey, the most incredible woman I’ve ever come across in my life,’ wrote one.

A second penned: ‘I am heartbroken. She was absolutely amazing and truly a beautiful soul. The world has lost someone truly special.’

Another added: ‘I’m so sorry. She was a beautiful mum and an amazing advocate for us cancer patients. Thinking of her family.’