By Andrew Court and Leah Simpson For Dailymail.com

A TikTok star described by the MTA as ‘despicable’  after he was filmed pouring a large container of cereal and milk all over a New York subway train car is now being investigated police.

The New York Daily News reported that officials are investigating 23-year-old Josh Popkin over the incident, which took place earlier this week on a train travelling from Manhattan to the Bronx.

Popkin, better known by his social media name @fckjoshy, frequently films himself playing pranks before posting them on TikTok, where he boasts more than 3 million followers.

On Tuesday, he shared the shocking video of himself pouring out a giant tub of cereal and milk in front of essential workers who were riding the train. They were forced to leap out of their seats and avoid the mess.

Popkin was blasted by thousands of people for the prank, including New York’s Metropolitan Transit Authority, who wrote on Twitter: ”Pulling a prank on essential workers in the middle of a global pandemic. And making essential workers clean up your mess. Despicable

The TikTok star has now issued a grovelling apology as authorities look into the matter.

‘I’m sorry and deserve to be publicly humiliated forever,’ he posted on his Instagram Story, before pledging to donate some of his earnings to the COVID-19 Solidarity Response Fund. 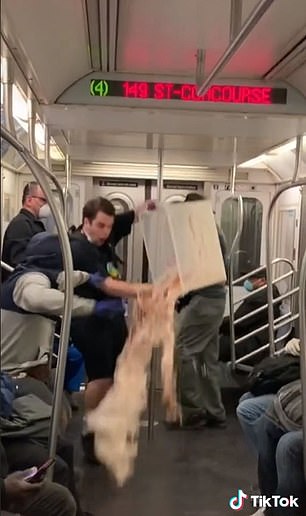 Trying to explain himself on Instagram, Popkin penned: ‘In such a dark time in the world I was trying to do something funny to give people a laugh but I was way off. Not only was my stunt not funny, it was disrespectful & completely inappropriate.’

He then took to his YouTube channel where he shared another grovelling apology.

‘I would like to apologize to the MTA, the essential workers, everyone that I’ve affected — trust me, I am experiencing the consequences of all of my actions right now,’ he stated.

‘I’m not funny. Usually, I try to be funny and I’m not funny. I honestly thought it was gonna be something that would make people laugh and bring joy in this serious time.’

However, Popkin soon learned that there was no use – literally – crying over spilled milk, with users continuing to blast him for the prank and questioning the sincerity of their apology.

One wrote: ‘What a selfish and pathetic “prank.” How is it funny? Essential Workers are already working hard everyday. People should be helping essential workers during this pandemic not making their lives harder. Also this apology is so insincere, this guy is honestly seeking attention for being a dumba**’. 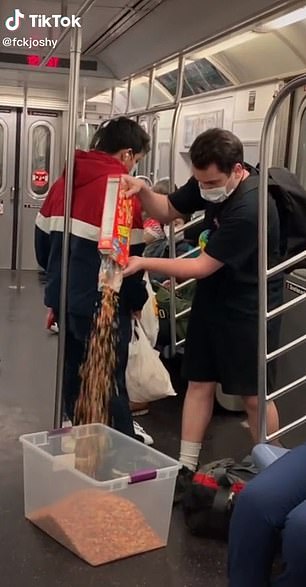 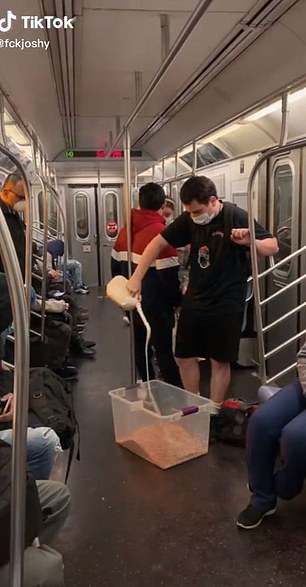 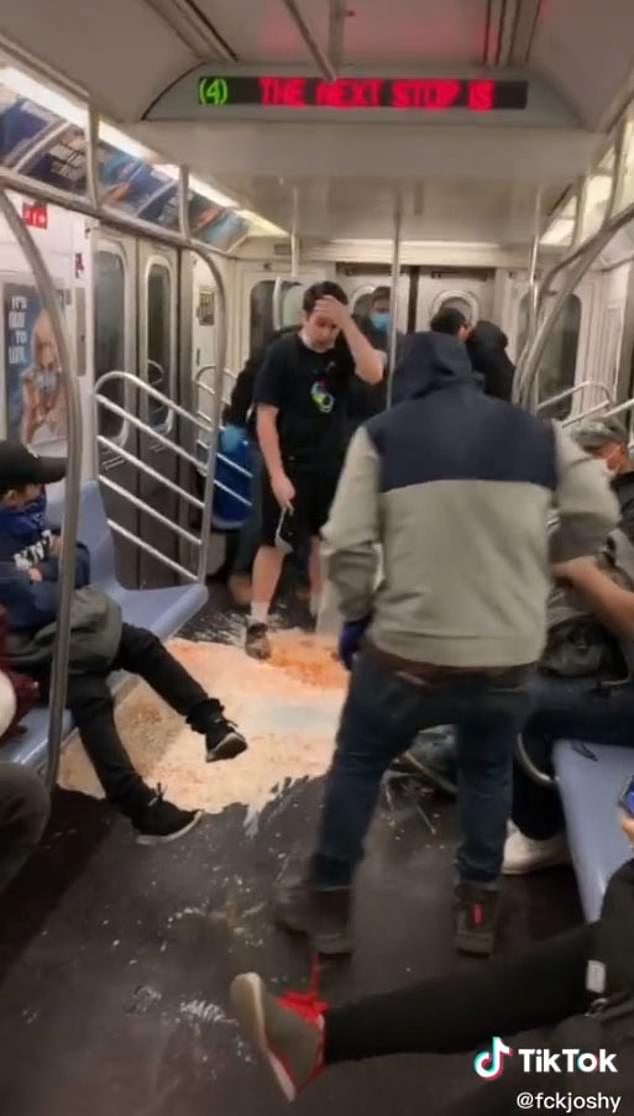 Another lambasted: ‘We’re in a pandemic, you’re in NYC- one of the hardest hit places in the country. If have so much time and energy you should go volunteer or figure out a way to help those in need.’

It’s not the first time Popkin’s pranks have caused controversy.

In another video, he made a hole in a face mask and walked into various stores telling workers it was ‘a tongue hole’.

Popkin failed to adhere to social distancing requirements during the prank, going up close to the essential employees with his mouth exposed. 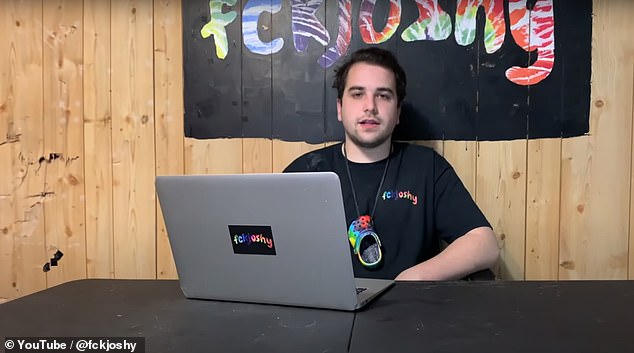 No use crying over spilled milk! Former fans continued to blast Popkin for the prank and questioning the sincerity of their apology