Tilda Swinton spoke at a press conference for her quirky art house film Memoria, which will go on a ‘never ending national tour.’

Film company Neon has claimed that the movie will play in theaters ‘forever’ meaning you should not expect to see it on Netflix anytime soon.

They also claim the press tour will be ‘never ending’, which is what most actors probably feel like they are anyway.

The gimmick has certainly created a talking point – and Tilda, 60, was pictured doing just that as she answered questions about the film in New York.

She had her blonde hair cut short and combed over to the right in its trademark style.

The Doctor Strange actress discussed Memoria while at the event as well.

In the new film, Swinton plays a woman who hears a loud noise and then begins experiencing a mysterious sensory syndrome while traversing through Colombia.

The movie will also feature Jeanne Balibar of Cold War fame and is directed by Apichatpong Weerasethakul. 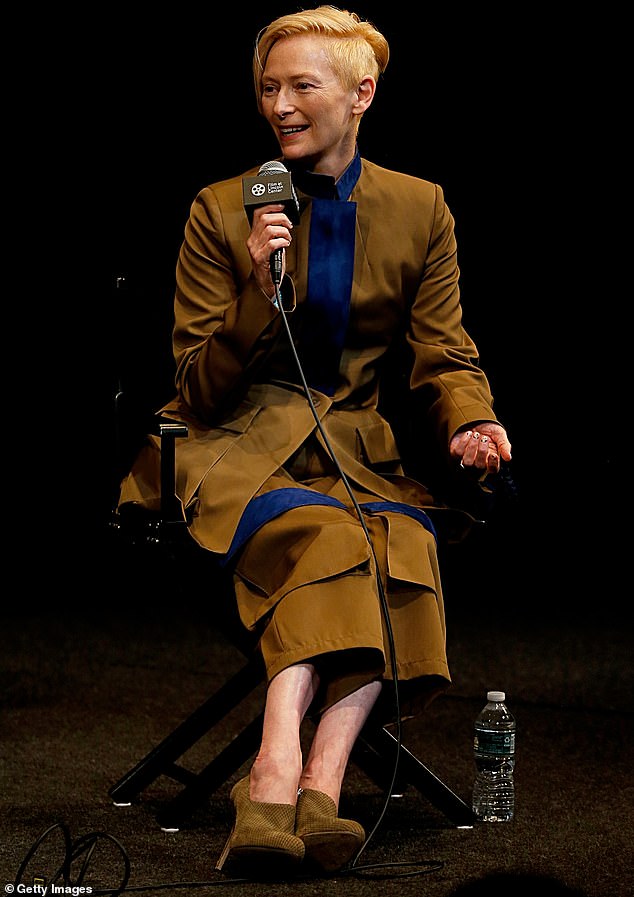 A Fashionable fit: Tilda Swinton wore an all0brown pantsuit with a blue undershirt to the event 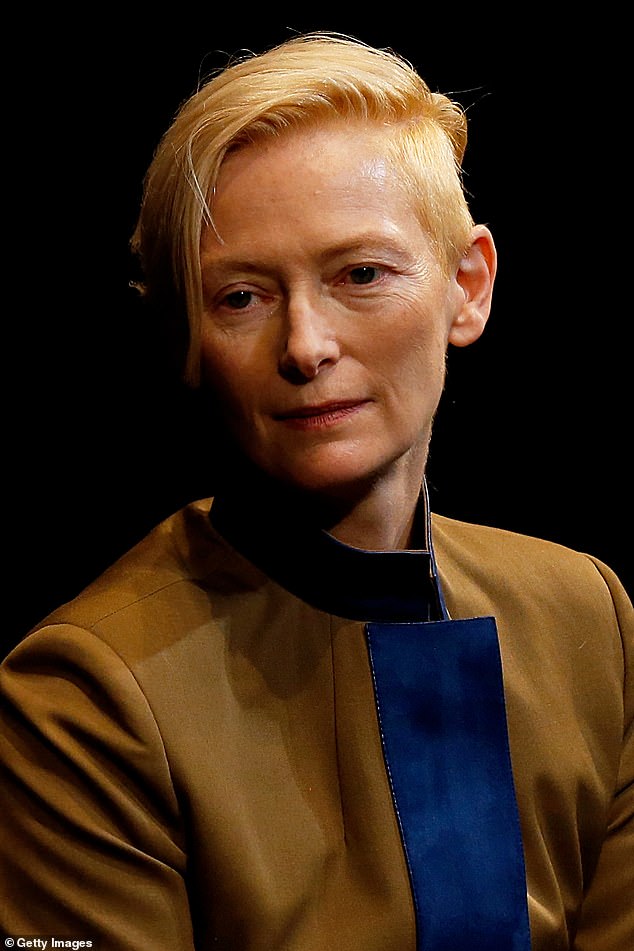 A forever tour: Memoria will tour the United States in theaters indefinitely

The most surprising aspect of the film though will be its availability to audience-goers.

The film’s theatrical run will go on indefinitely. It will move from city to city, available for just one week before moving on to the next locale.

As the film’s director Apichatpong Weerasethakul explained, ‘For Memoria, cinema experience is crucial or maybe the only way. Let’s embrace the darkness and dream, one at a time’

‘Memoria is the perfect film for this moment,’ Swinton said. ‘Big cinema or bust…Throughout the universe, in perpetuity.’ 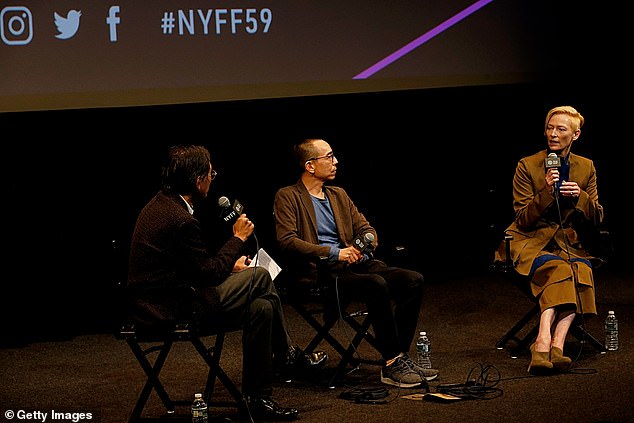 It can’t be seen elsewhere: Apichatpong Weerasethakul said that the film needed to be seen in theaters because, ‘For Memoria, cinema experience is crucial or maybe the only way’ 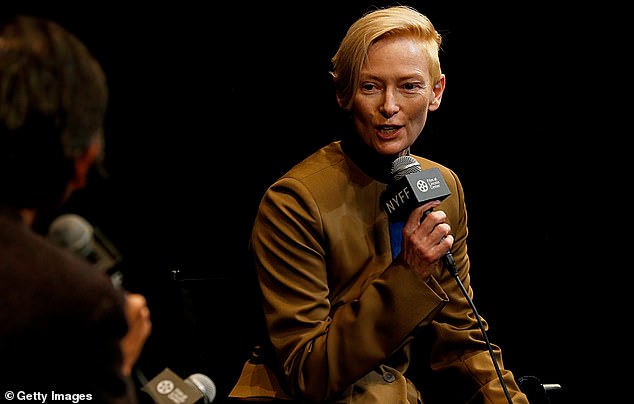 Busy actress: Swinton has a number of projects coming up including Pinocchio and an untitled Wes Anderson movie

Fans of Swinton who don’t know if they’ll be able to make it to the movie theater the week Memoria is in their town don’t have to worry though. The actress has a number of projects on the horizon.

She appears in The French Dispatch, Wes Anderson’s much-anticipated film that will come out later this month.

She also has a part in his next movie, currently in production, which will also feature Margot Robbie, Tom Hanks, Adrien Brody and another of other talented actors and actresses. The film is rumored to be a European love story.

The Grand Budapest Hotel star also has a part in a dark take on Pinocchio directed by Guillermo Del Toro.