Tilda Swinton has won a fight to keep the windows she put in without planning permission – after fearing neighbours could see into her Highlands mansion.

The Oscar-winning actress lodged plans to build a new extension at the rear of her Grade B-listed property in Nairn, Scotland, two years ago.

She is replacing an outhouse and a ‘poorly constructed library and playroom’ at the house with a new kitchen, dining area and a wet room for her dogs.

But after starting renovations, the Chronicles of Narnia star realised that the windows were in the wrong place, meaning her neighbours could see into the home.

She started work to put them in a different place without the correct planning permission in October last year. After making the changes, she sought retrospective consent to keep them.

Highland Council granted planning consent on Tuesday, meaning the actress won’t have to rip them out.

Miss Swinton lives in the property with her partner and German painter Sandro Kopp, and her 22-year-old twins Honor and Xavier.

Her plans include a new ‘snug’ room, a pantry and a terrace. The dog wet room is for her pack of springer spaniels, which had a starring role in a music video she directed in 2018. 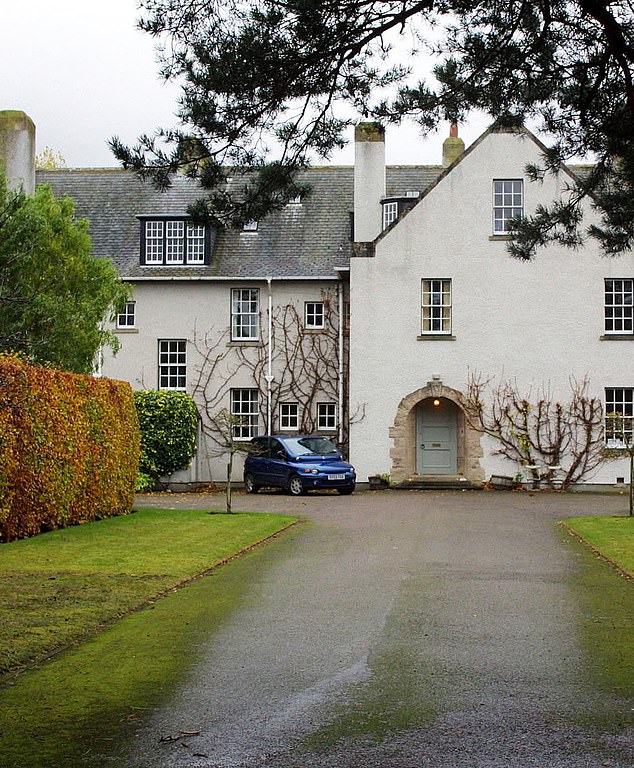 Documents submitted by her planning agent last year stated Miss Swinton was embarking on a renovation programme as she was committed to the house being her ‘long term sole family home’.

Neighbours of the 59-year-old star complained when she first submitted proposals to refurbish her property.

She withdrew the application following objections from locals who described the proposed renovation as ‘brutal’ and ‘brash’.

Revised plans won approval from the council last April despite the Architectural Heritage Society of Scotland claiming the new extension would spoil the character of the 115-year-old building. 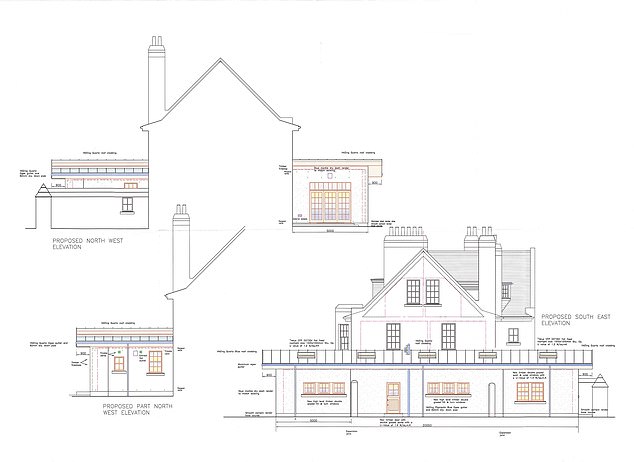 The 59-year-old submitted new plans to Highland Council in February 2019 but the Architectural Heritage Society of Scotland lodged a formal objection, claiming the new extension would spoil the character of the 114-year-old building.

However, Highland Council granted planning permission for the work.

Planning documents submitted to the local planning authority say for Swinton’s latest plans: ‘LBC and planning had been obtained and the client realised there was a privacy issue with the gable windows facing the boundary wall.

‘The neighbours would be able to see into the room.’

Under planning law, retrospective planning or listed building consent is needed when works of demolition, alteration or extension to a listed building have commenced or already started without receiving permission first. 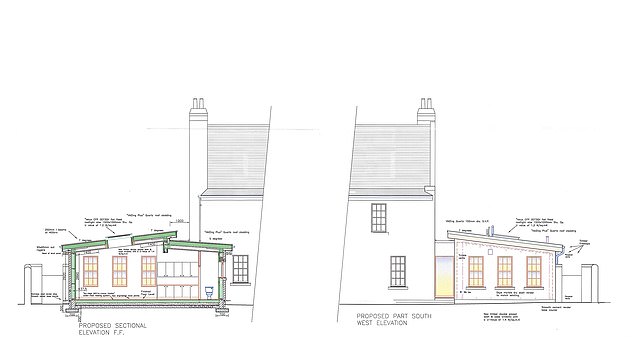 The 58-year-old submitted new plans to Highland Council in February 2019 but the Architectural Heritage Society of Scotland lodged a formal objection, claiming the new extension would spoil the character of the 114-year-old building

The application form for Ms Swinton’s work asked ‘Have the works already been started or completed?’ and the ‘yes’ box was ticked.

Determining the plans, case officer Norman Brockie from Highland Council, said: ‘The planning authority require to have special regard to the desirability of preserving the building or its setting or any features of special architectural or historic interest which it possesses.

‘The timber windows on the SE elevation have been lowered as it was considered they were too high and would have caused a privacy issue with the neighbours.

‘The window-heads were previously just below the roof-eaves, which raised them above the height of the boundary wall to the neighbouring properties (thus allowing over-looking).

‘The proposed alterations to the previously consented extension are consistent with its design and composition, and should have no adverse impact upon the character of the listed building.’

Highland Council will determine plans in due course.