Tillerson says D.C. can be a ‘mean-spirited town’ after firing

Outgoing secretary of state Rex Tillerson told workers in his demoralized agency on his way out the door that Washington can be a ‘mean-spirited town.’

Tillerson, who got fired when he was overseas in Africa after being caught out of the loop when the the president undertook a major new diplomatic initiative on North Korea without consulting him, made the comment inside the agency’s grand lobby.

‘This can be a very mean-spirited town,’ he said, as members of the crowd of several hundred staff laughed.

‘But you don’t have to choose to participate in that,’ he told them, earning applause.

Of their integrity, Tillerson told them in brief remarks: ‘It belongs to you. Only you can relinquish it or allow it to be compromised.’

TOUGH TOWN: Outgoing secretary of state Rex Tillerson told workers in his demoralized agency on his way out the door that Washington can be a ‘mean-spirited town’ 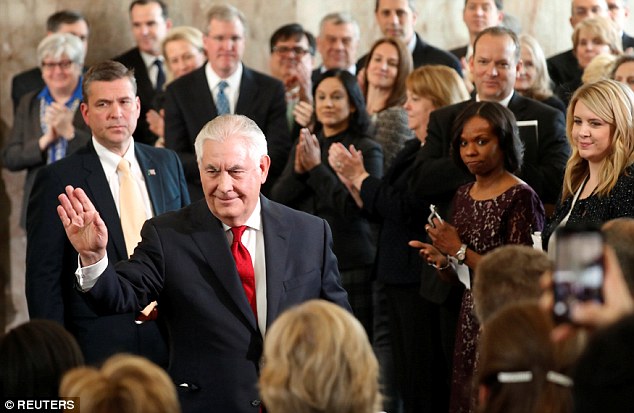 Tillerson will wrap up his tenure at the end of the month. Trump nominated CIA director Mike Pompeo to succeed him.

Tillerson’s initial public comments after his firing didn’t thank the president by name.

During his tenure, Tillerson frequently found himself outmaneuvered, as Trump leaned on an array of advisors including family members for key foreign policy decisions and roles.

Tillerson oversaw slashing cuts in the agency’s staff during a year when Trump trashed the Obama-era Iran nuclear deal, threatened to pull out of trade agreements, and groused about congressionally-passed sanctions on Russia.

His job had been on the line for months when Trump finally fired him. A low-point for him came after he was reported to have called Trump a ‘moron’ during a private meeting, and didn’t deny it in his own remarks afterward. 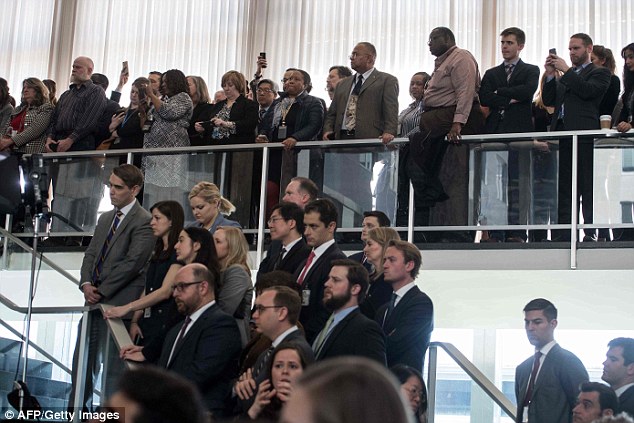 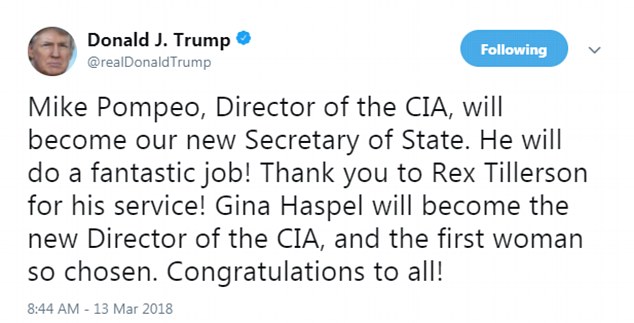 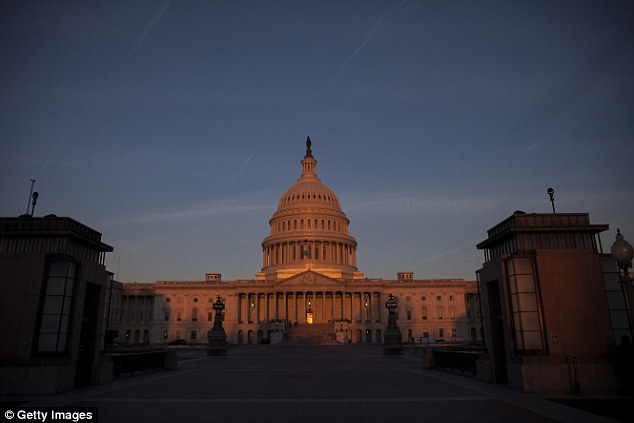 TOUGH TOWN: Tillerson served in an administration filled with infighting, was publicly fired on Twitter, and was reportedly told he was out by phone while suffering from a stomach bug in Africa 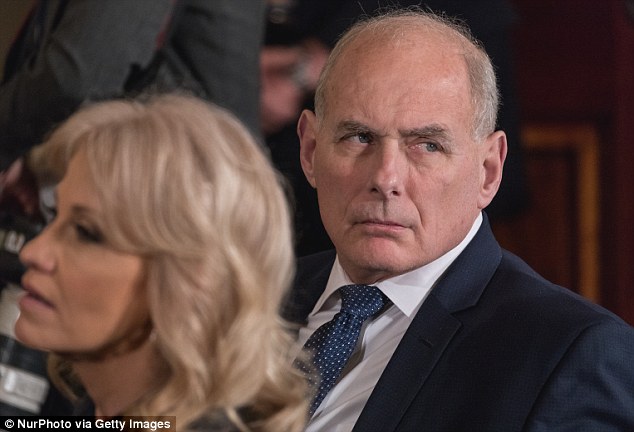 Chief of Staff John Kelly announced that Secretary of State Rex Tillerson was on the toilet when he told him he was about to be fired, according to the Daily Beast 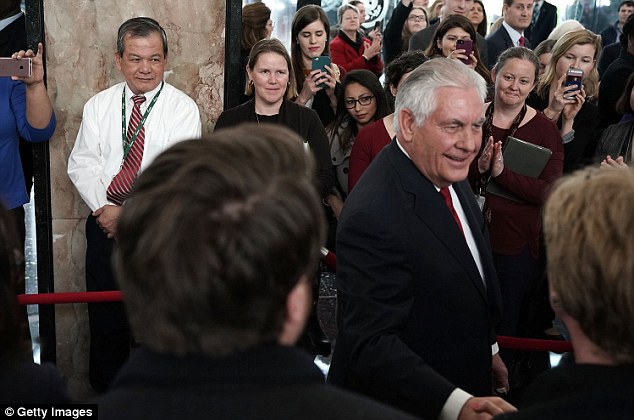 White House chief of staff John Kelly told Tillerson he was being fired on a phone call while he was in Africa suffering from a stomach bug, the Daily Beast reported, based on an off-the-record meeting Kelly had with reporters that the publication didn’t attend.

The report said Kelly said Tillerson was on the toilet with the stomach bug when he delivered the news.

Then, Trump broke the official news with a tweet.