Apple CEO Tim Cook declared that he personally owns cryptocurrency, but dismissed the idea that the world’s second-most valuable company would allow its products to be purchased with the digital currencies.

‘I do. I think it’s reasonable to own it as part of a diversified portfolio,’ Cook said in an interview with The New York Times’ Andrew Ross Sorkin during its DealBook conference.

‘I’m not giving anyone investment advice by the way.’

Cook did not specify which particular cryptocurrency he owns, however.

The 61-year-old Cook said he had been interested in cryptocurrency ‘for a while,’ though he added his interest was a ‘personal point of view’ and that he was not speaking for the company.

Apple CEO Tim Cook said that he personally owns cryptocurrency, but did not specify which one

This shouldn¿t surprise anyone that a technologist is interested in new technologies. pic.twitter.com/8vyxjPQST5

He added that Apple would not take cryptocurrency in exchange for its products, such as iPhones, iPads or Macs.

Cook, whose net worth is over $1.4 billion according to Forbes, also noted that Apple would not buy cryptocurrency with its corporate cash hoard, approximately $190 billion as of its most recent quarterly results.

‘I wouldn’t go invest in crypto, not because I wouldn’t invest my own money, but because I don’t think people buy Apple stock to get exposure to crypto,’ Cook added. 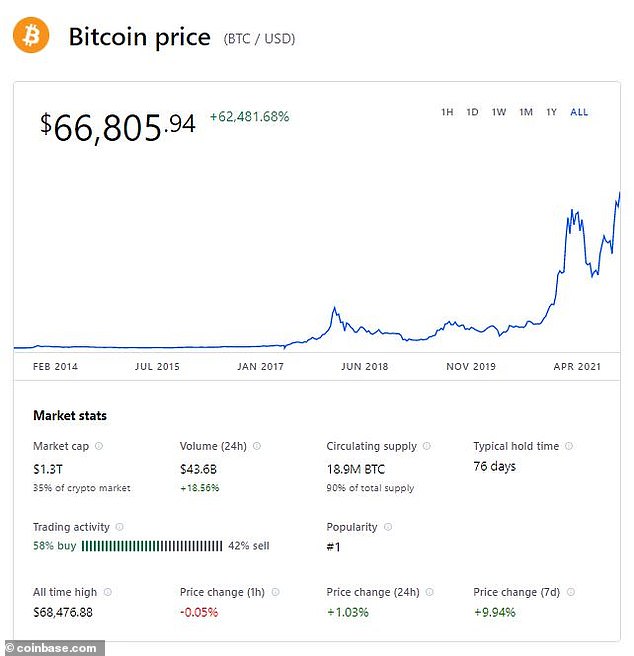 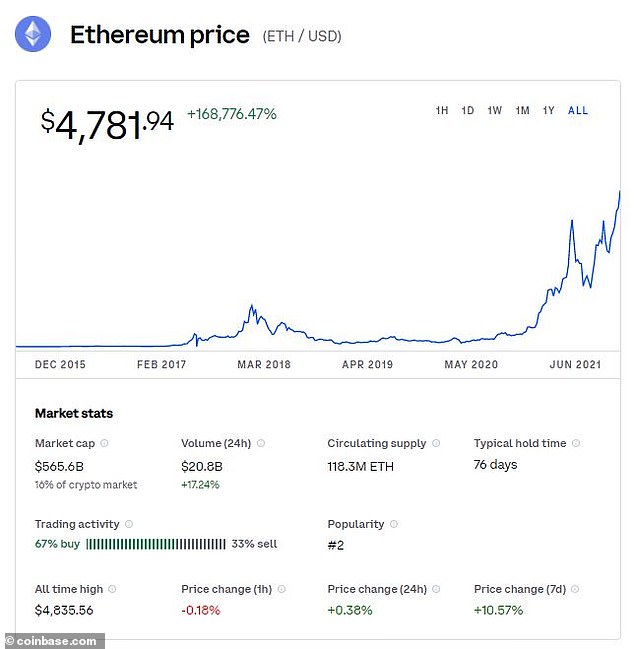 Although Cook said that Apple would not purchase any cryptocurrency from its own coffers, he did acknowledge the company is looking at using the technology somehow.

It’s not something we have immediate plans to do,’ he said, according to The Times.

‘There are other things that we are definitely looking at.’ 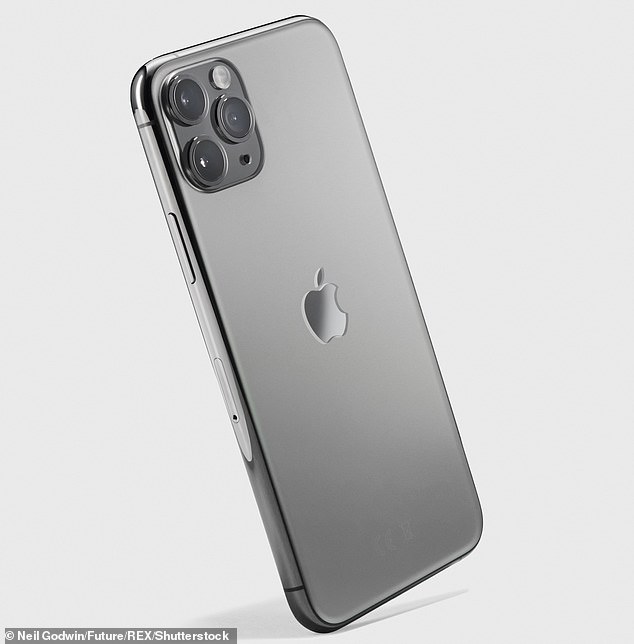 The 61-year-old Cook said Apple would not take cryptocurrency in exchange for its products, like the iPhone

Apple’s App Store does have apps that allow people to buy, sell and pay with cryptocurrencies.

It also has wallets, such as Coinbase, however, it does not allow for mining apps.

In 2014, Apple updated its policies that let app developers take virtual or cryptocurrencies as long as they comply with state and federal laws.

Apple has reached out to DailyMail.com with a request for comment for this story.

Despite Apple’s indifference towards using cryptocurrencies, other tech companies have embraced it, particularly those in finance.

PayPal and Square let users trade and hold cryptocurrencies in their wallets, while Visa and Mastercard have issued crypto-linked cards.

In the first-half of 2021, more than $1 billion was spent on crypto-linked Visa cards, the company said in a blog post.

Square, along with other companies, such as Tesla and MicroStrategy, have directly purchased cryptocurrencies and hold them on their balance sheets.