Tim Martin, the chairman of pub group JD Wetherspoon, has written a letter to every single MP in the country explaining his dismay that many politicians do not seem to know how the customs union works.

Brexit-supporting Mr Martin claims a high proportion of politicians have ‘no knowledge’ of how the system operates.

Speaking out: Brexit-supporting Mr Martin claims a high proportion of politicians have ‘no knowledge’ of how the system operates

‘The customs union pushes up prices for consumers and the tariff income is collected by the UK Government and is sent to Brussels.

‘It is worrying that MPs have no knowledge at all as to how the customs operates and how it costs their constituents every day.’

In the letter being sent on Thursday and seen by This is Money, Mr Martin said: ‘The undisguised protectionist nature of the EU is not in doubt, and it is not possible to articulate a coherent view as to our future trading relationship with the EU unless the existing system, which keeps shop prices artificially high, is understood.’

The letter emerged after Mr Martin appeared on BBC Politics Live on 17 December with Vicky Ford, the Conservative MP for Chelmsford, and Rushanara Ali, the Labour MP for Bethnal Green and Bow.

Panelist and chief leader writer at the Observor, Sonia Sodha, reportedly said during the BBC Politics Live television show: ‘It’s just wrong to say the EU is protectionist…the EU is not protectionist. It’s ridiculous to argue that (it is).’ 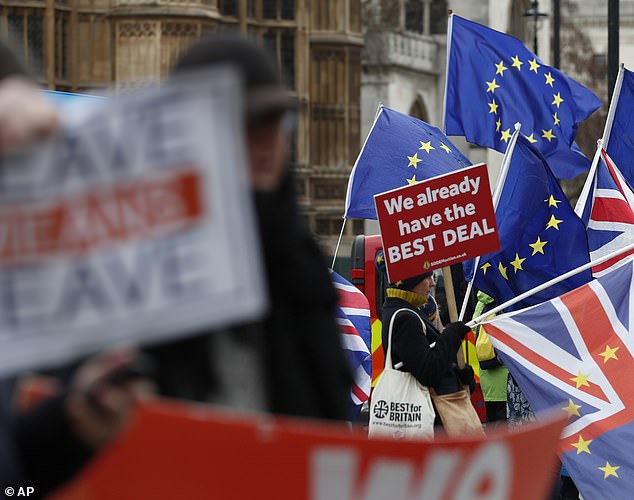 ‘The customs union pushes up prices for consumers and the tariff income is collected by the UK Government and is sent to Brussels’, Mr Martin said

During this week’s BBC Politics Live show, Mr Martin said that businesses can ‘thrive from uncertainty’, adding it would be ‘pathetic’ to demand assurances from the government.

He told BBC Politics Live: ‘Well I think as the saying goes, if you want certainty you’ve got death and taxes.

‘So businesses surely are built to thrive from uncertainty, and most businesses which have done well have taken advantage of it.

‘I do think it’s slightly pathetic to say ‘give me certainty’.’

In November, Wetherspoon said it expected its annual results to be weaker than the previous year, despite sales growing ‘strongly’.

In a trading update for the 13 weeks to 28 October, the chain said like-for-like sales increased by 5.5 per cent, and total sales were up 6.2 per cent.