Tim McGraw pays tribute to his ‘talented’ daughter Gracie as he wishes her a happy 25th birthday: ‘You inspire me every day’

Tim McGraw paid tribute to his ‘talented’ daughter Gracie McGraw as he wished her a happy 25th birthday.

The country music icon, who shares Gracie with wife Faith Hill, posted to Instagram on Thursday: ‘Happy 25th birthday to our oldest girl Gracie! So smart, so sweet, so, so talented..… And such a crazy, big heart!’

‘You inspire me every day. Keep dreaming them big ol dreams my sweet girl.’

The 55-year-old Grammy winner included a selfie featuring himself and his eldest in the post.

The New York University graduate wore a vintage The Devil Made Me Do It t-shirt, while her dad wore a black hoodie and baseball cap.

The Academy of Country Music Award winner celebrated his own birthday May 1st. 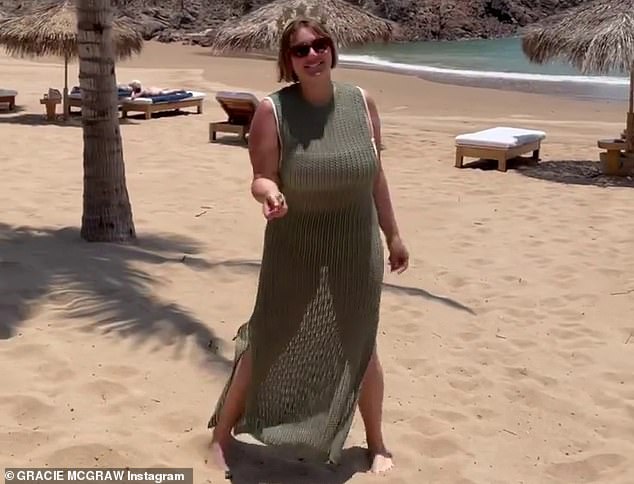 The vivacious Grace posted some of her own birthday celebrations on social media.

She feted the quarter century mark with friends at the Cuixmala resort in Mexico while riding horses, watching zebras and hanging out by the pool.

So did actor Garrett Hedland, who wrote an enthusiastic, ‘Happpppy Birthdayyyyyy Gracieeeeee!!!❤️❤️❤️’

It appears Gracie has inherited her parents’ musical abilities, but hers seem to be directed toward musical theater, if a video posted on Tim’s Instagram page is any indication.

Standing in front of a blue screen, the young actress and singer posted her version of I’m the Greatest Star, which was originally performed by the legendary Barbra Streisand in Funny Girl.  Grace moved from Los Angeles to New York in late 2021 to pursue her Broadway dreams. 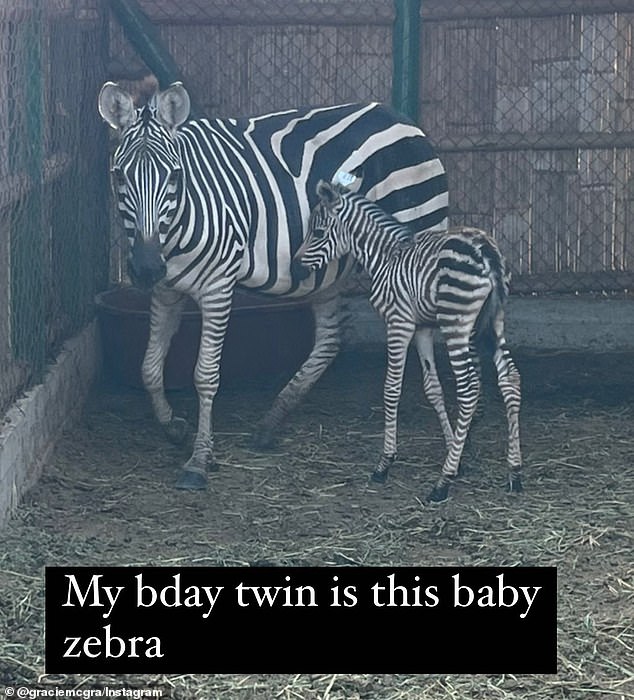 Party time:  The birthday girl is marking her first quarter century of life at the Cuixmala resort in Mexico, where a pack of zebras is part of the attraction