It takes a while to build a state-of-the-art superyacht, years in fact – but this remarkable time-lapse video reduces the process to just five minutes.

The footage tracks the three-year-long construction of the 285ft Lonian by Netherlands-based Feadship and since it was posted online it has garnered almost 700,000 hits.

It takes a while to build a state-of-the-art superyacht, years in fact – but remarkable time-lapse video reduces the process to just five minutes 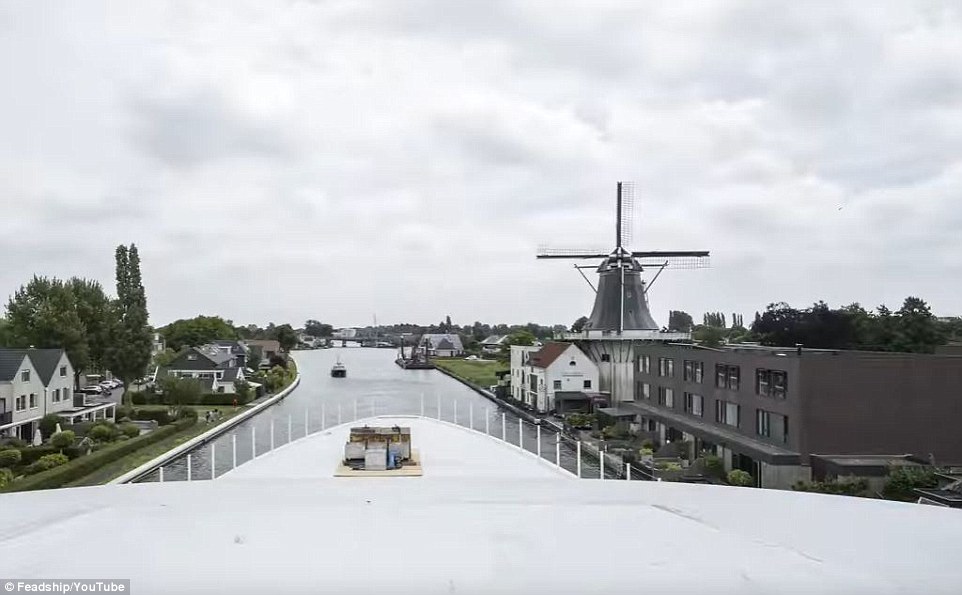 The footage tracks the three-year-long construction of the 285ft Lonian by Netherlands-based Feadship and since it was posted online has garnered almost 700,000 hits. The boat is seen here being transported to the main Feadship yard 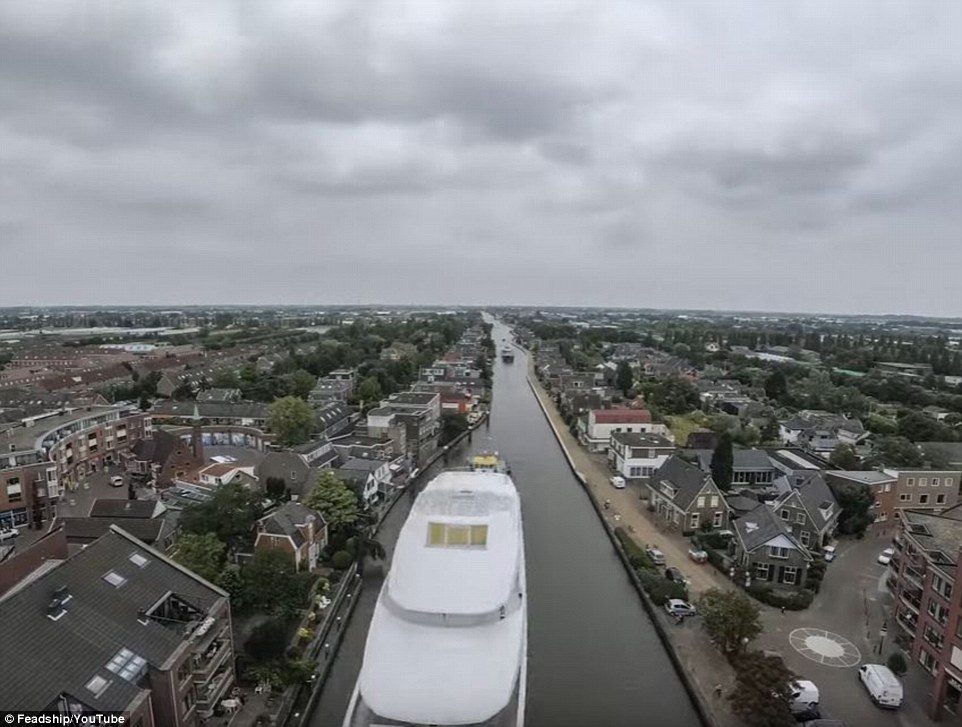 It begins with piles of metal lying around in a huge factory, but within 15 seconds the shape of the ship can be discerned.

The clip then shows huge top sections of the boat being taken by barge along canals to another factory and placed on top of a rapidly assembled hull.

Here the boat, at the 1min 50 mark, really begins to look like the finished product.

But the final part of the build takes place elsewhere. 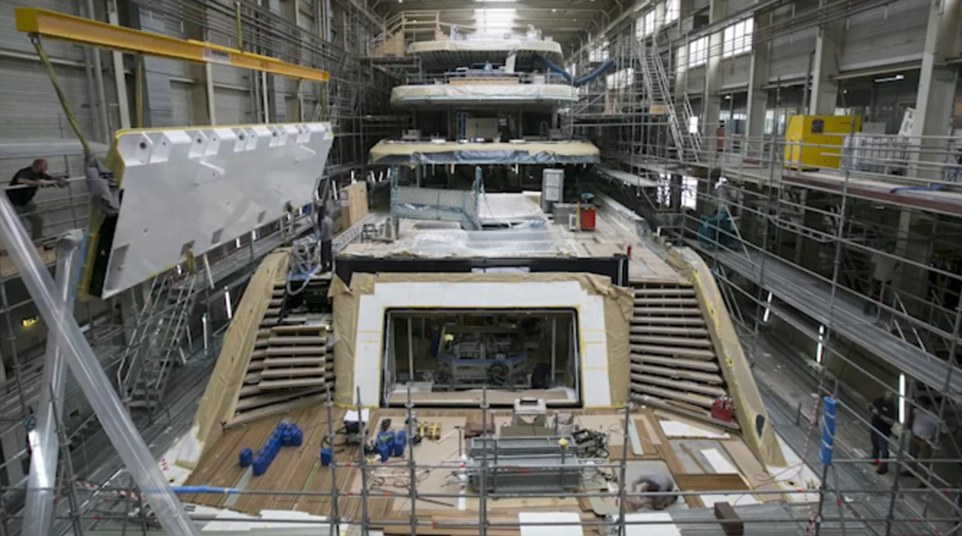 Now the Lonian is beginning to look particularly super. Her exterior styling is by Sinot Exclusive Yacht Design 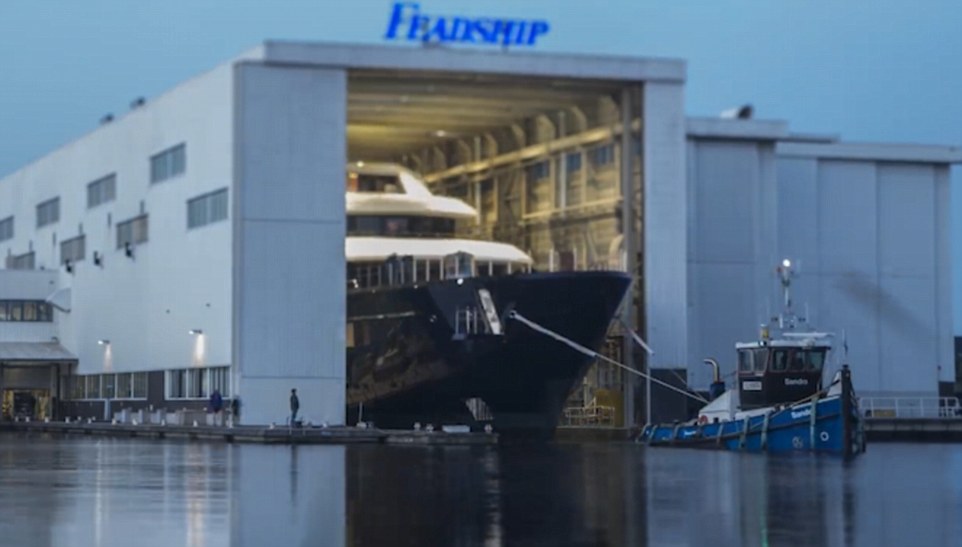 Peek-a-boo: The Lonian is pulled out of her construction berth so the final touches can be applied 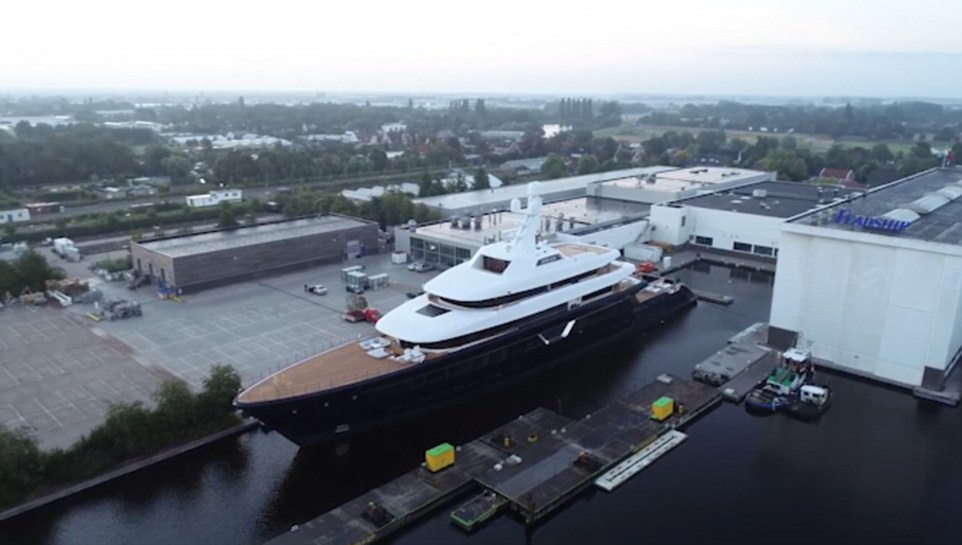 After frantic work at the Feadship yard Lonian looks utterly spectacular. It’s not known who has bought her

And now the video becomes particularly eye-opening – because it shows the boat being manoeuvred along tiny canals by tug boats to the Feadship yard.

We see it navigating unfeasibly narrow locks and bridges opening to let it through as passers-by stand in awe.

Drone footage of this part of the journey shows how the superyacht dwarves the houses lining the route.

Now there are just a few finishing touches left.

Feadship says: ‘This striking 87-metre beauty is already outside so she can have various exterior elements added in advance of the official launch. What we can tell you for now is that her lovely exterior styling is by Sinot Exclusive Yacht Design, as is the interior, the latter in cooperation with Richard Hallberg Interior Design.

‘It’s also a given that the accommodations for the owners and their twelve guests will be of the very highest standards, as will the service be by 27 crew.’

For those who are particularly time-starved, there is also a one-minute time-lapse video of the build available on YouTube.

The videos have received hundreds of positive comments.

User ‘orangelion03’ said: ‘The best superyacht related video I have seen!! As an engineer, I am fascinated with the design and construction of these ships. I could have watched more! Well done, and thank you!’