A clever mum has revealed how she leaves pots and pans spotless in seconds – and she doesn’t even have to scrub.

The time saving mum simply takes a dishwashing tablet, a freshly boiled kettle and some dishwashing detergent to leave her baking pan spotless.

The baking pan she shows off the hack with appears to have baked in grease and grime that would usually take relentless scrubbing to get rid of.

But the mum simply squeezes the dishwashing liquid in the pan before adding the dishwasher tablet.

Then she pours the freshly-boiled water over the dishwasher tablet.

The grime begins to lift off immediately, delighting her TikTok followers.

‘This is so good, thankyou,’ said one mum. 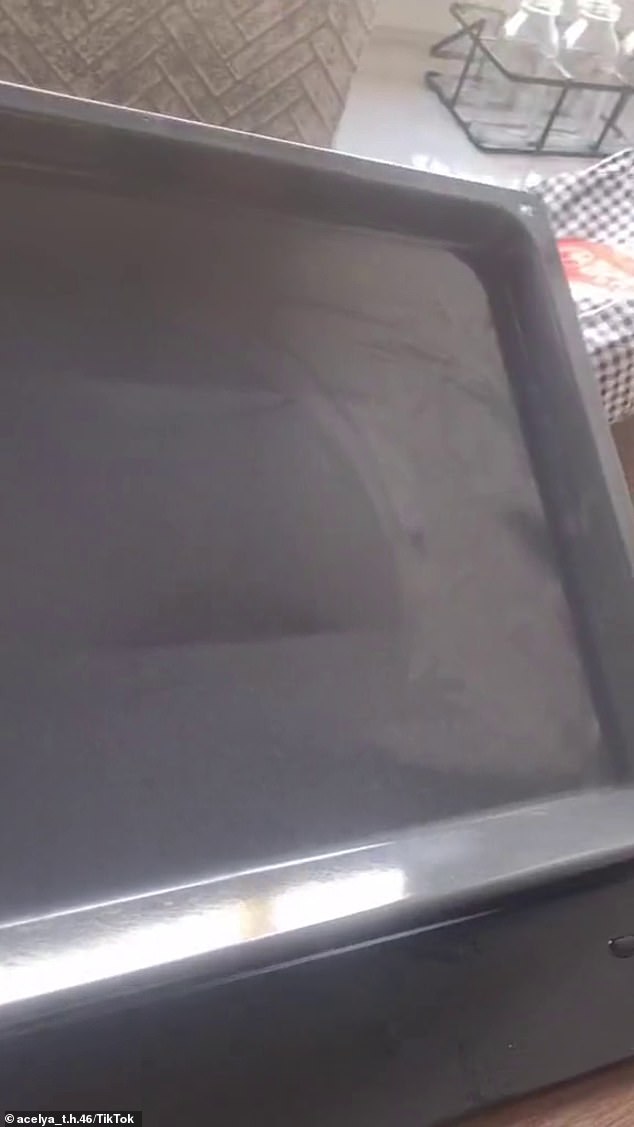 She said the pans come up beautifully without scrubbing

One woman laughed because she thought the mum was using butter to clean the pan.

‘I can’t help but think it was the hot water doing all the work,’ one woman said,

‘Pity you couldn’t show the whole process,’ said another.

The video had more than 17k likes and hundreds of comments.

Another mum recently showed off how she cleans her pans in the dishwasher – moving the top shelf so the bottom shelf had enough room for big pots. 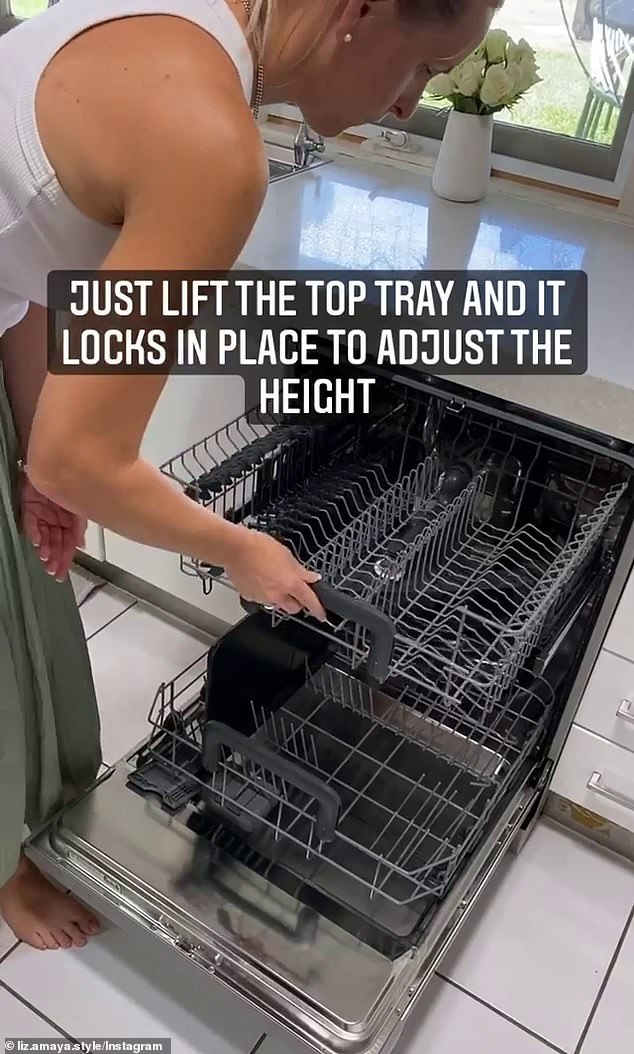 The mum-of-four simply lifts the top drawer until it locks in place, extending the space below by a few centimetres, allowing pans to fit

The mum-of-four simply lifts the top drawer until it locks in place, extending the space below by a few centimetres, allowing pans to fit.

The video starts with Liz demonstrating how the dishwasher’s sprayer can’t spin when large pans are in the draw.

After lifting the drawer the mum repeats the motion, adding the pan and spinning the water sprayer. 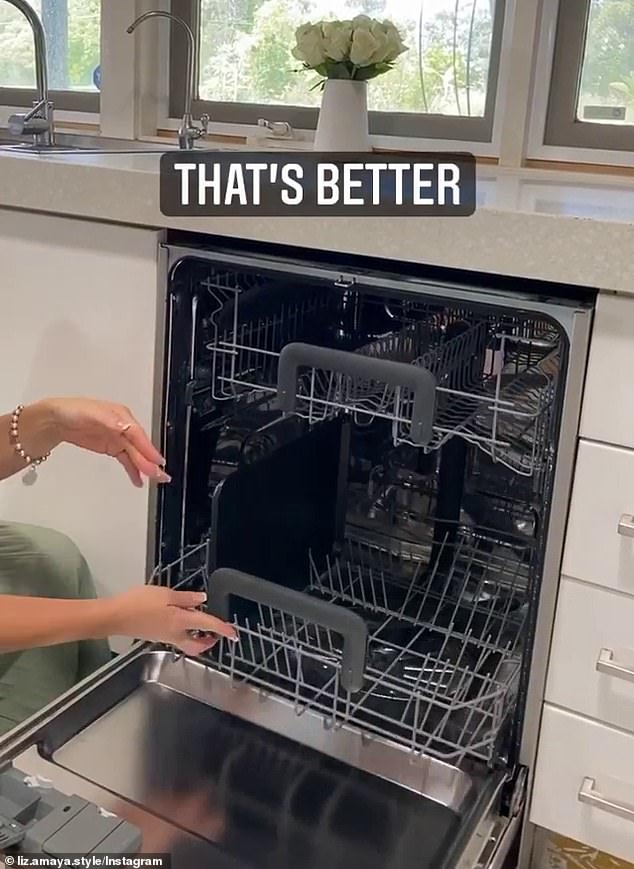 After lifting the drawer the mum repeats the motion, adding the pan and spinning the water sprayer

This time it spins freely.

And the woman’s legion of fans were suitably impressed with the hack – with thousands of them liking and commenting on the post.

‘I can’t believe it has taken me 36 years to find this out,’ one woman said.

Another woman revealed her husband wanted to get rid of her favourite plates because they were too big for the family’s dishwasher.