An incredible timelapse video has emerged showing lava from Hawaii’s Kilauea volcano invading a backyard as it now enters its fourth week of destructive eruptions.

The footage shows the burning lava engulfing the yard at the Leilani Estates subdivison on Hawaii’s Big Island last Thursday.

The lava can be seen slowly burning up everything in its path, including parts of the family home.

It comes as authorities revealed on Sunday that lava had started creeping onto a geothermal power plant property.

The lava breached the property overnight and was within 200 yards of the nearest well, which have been capped to protect against the release of toxic gas should they mix with lava.

Steve Brantley of the Hawaiian Volcano Observatory said the flow seemed to have halted Sunday morning after moving slowly into the proximity of the well overnight.

Lava had previously crossed onto an older part of the property, according to officials. But it’s now on 40 acres of the plant that are operational.

Asked about safety hazards, David Mace, a spokesman for the Federal Emergency Management Agency, replied: ‘I think it’s safe to say authorities have been concerned about the flow of lava onto the plant property since the eruption started.’ 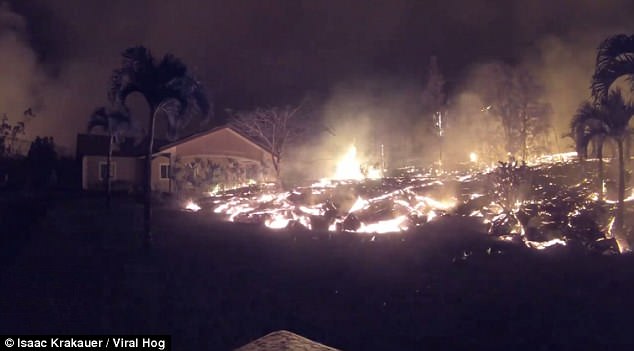 The lava can be seen slowly burning up everything in its path, including parts of the family home 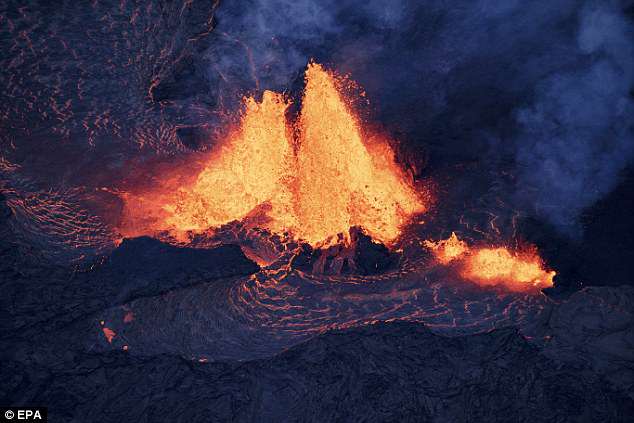 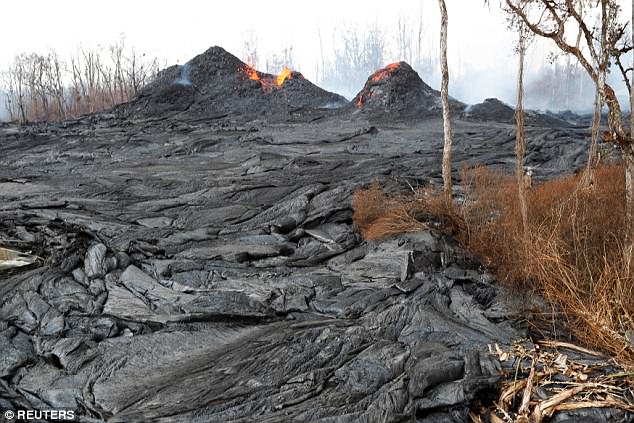 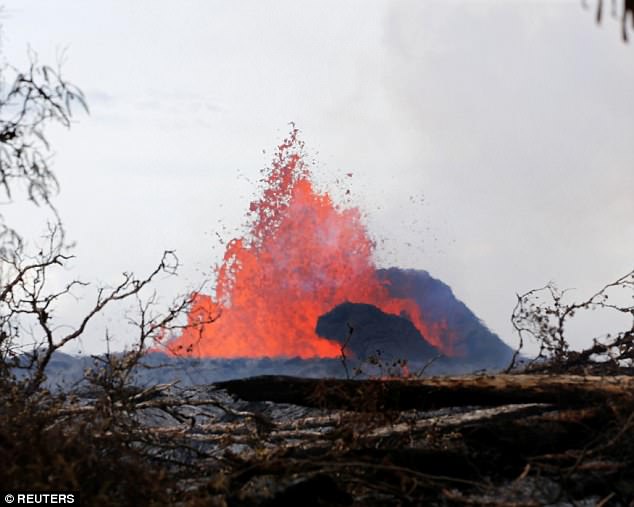 Officials earlier this month carted away 50,000 gallons of potentially toxic gas away from the site, which lies on the southeast flank of the volcano, nestled between residential neighborhoods.

They also capped the 11 wells at the property to try to prevent a breach.

Lava-filled fissures have torn apart chunks of the southeastern side of the Big Island over the past three weeks as Kilaeau has become more active.

Kilauea is the world’s most active volcano and one of five on Hawaii’s Big Island.

It started erupting on May 3, prompting about 2,000 people to flee from their mountainside homes.

Scientists believe the volcanic activity may be a precursor to a major eruption similar to the one that shook the island in the mid-1920s. 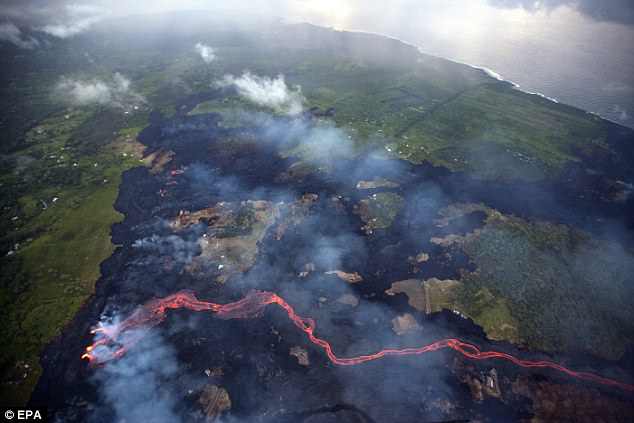 Fissure 22 continues to erupt, sending a river of lava snaking toward the coast and into the sea, leaving several areas totally surrounded by flows 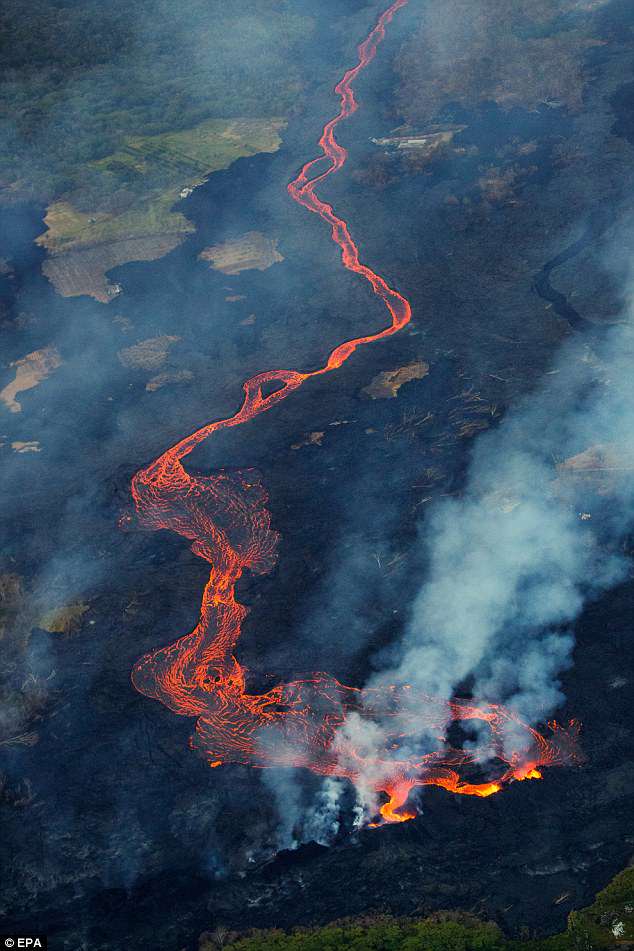 Fissure 22 feeds a massive flow that snakes its way to the sea, cutting through farmland and forest in Pahoa 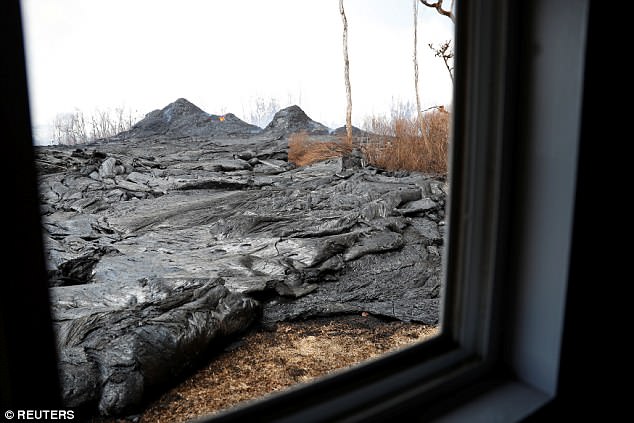 With an active volcanic fissure in the background, the lava flow from the Kilauea eruption is seen from the kitchen window of a home on Nohea Street in the Leilani Estates on Saturday