Fresh from a debut strike for Chelsea at the weekend, Timo Werner faced an all-together different proposition on Thursday night in a blockbuster UEFA Nations League tussle.

Germany vs Spain. Werner vs Sergio Ramos. And to begin, the Spanish and their skipper were dominant. But give Chelsea’s £53m man an opening, a sniff, and he’ll punish you.

That’s what happened here in the 51st minute, as after a first-half of frustration and near-anonymity, Werner converted when it matters. Composure and class personified, he shimmied Ramos and his defensive partner Pau Torres in the box before stroking the ball home beyond David de Gea.

Timo Werner scored for his country on Thursday night, as Germany drew to Spain in Stuttgart 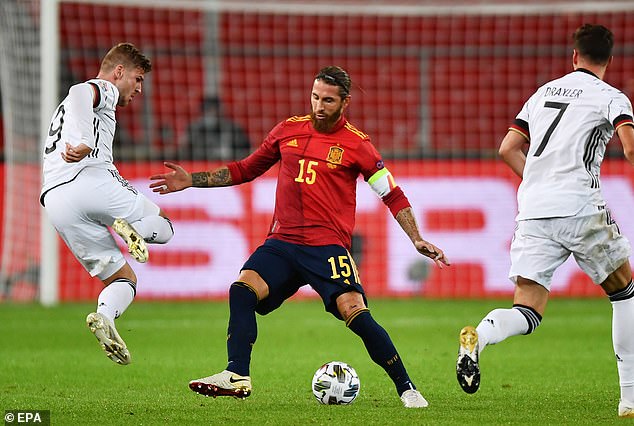 The Chelsea striker found it tough in the first-half, but it was a different story in the second-half 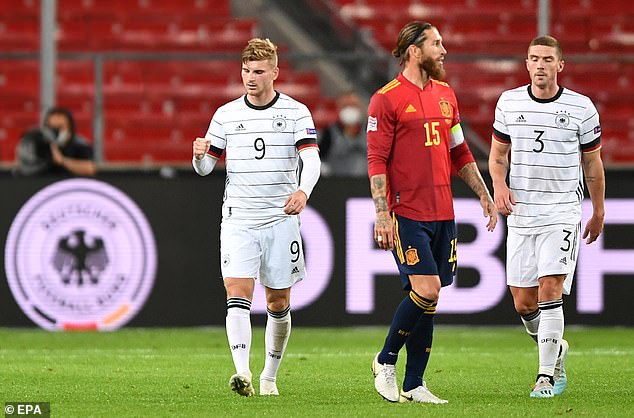 Werner showed composure, up against Ramos, to score what looked to be the match-winner

And until the fifth-minute of added-time, that looked to be the match-winner. But a scrappy Spanish leveller, courtesy of left back Jose Luis Gaya from close-range, meant a point apiece in this opening League A, Group 4 clash.

On a night where major international football returned for the first time since November, this was a clash of the European titans in an empty Deutsche Bank Park. And neither Joachim Low nor Luis Enrique held back in their team-selections.

Out of the 22 players starting the match, six are now plying their trade in the Premier League. That could soon turn to seven, should the constantly impressive Thiago Alcantara move to Premier League champions Liverpool in the coming weeks.

The Bayern Munich midfielder was heavily involved from the off here, and was warned twice for an early splurge of combative fouls. Clearly no problems with the 29-year-old physically, competing just 11 days after the Champions League final.

Meanwhile Kai Havertz, on the verge of a mega £90m move to Chelsea, started on the substitutes bench. Frustratingly, he was not to feature.

Yet Werner, fresh from a goal in his first outing in a Chelsea shirt, started up top for the hosts.

Though he scored after four minutes in that pre-season friendly. his opponents on Thursday night were fiercely more obstructive. Ramos, arguably the world’s best defender, and rising star Torres of Villarreal, started at the back for the Spanish.

And throughout the course of the first-half, Chelsea’s forward acquisition barely had an opportunity to speak of. In fact, his sole opening just after half-an-hour was typically well marshalled by Ramos.

With space to run into, bearing down on the penalty area, the Real Madrid veteran shepherded Werner out wide and the Germany number nine skewed his shot high and wide. 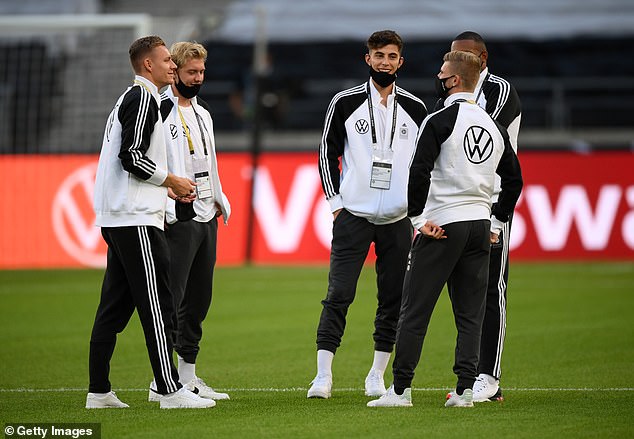 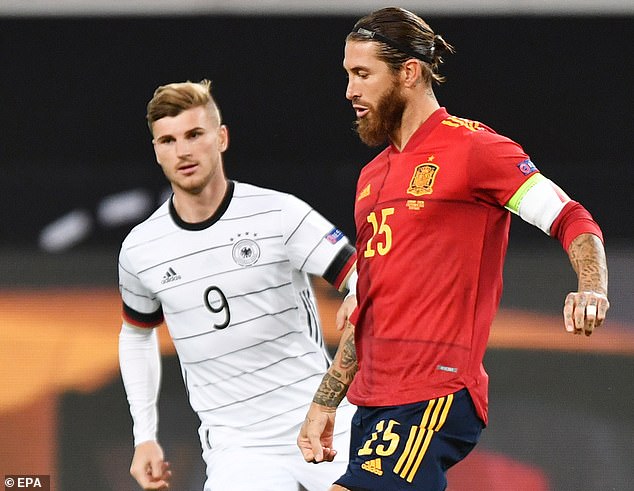 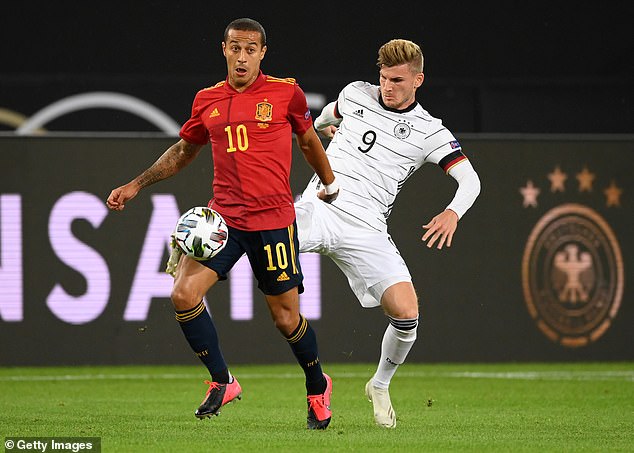 In fact, the most striking performance in the first-half was from Manchester City’s new signing Ferran Torres, whose raw pace from the left caused the German defence problems on a few occasions.

Despite the goalless first-half, the general quality of play was high, in a contest riddled with star names and up-and-coming prospects.

Leeds United’s new signing Rodrigo was heavily involved in the first period, and should have put the visitors in front early on – if he didn’t allow Kevin Trapp to recover with a last-ditch tackle after being rounded.

Yet after the interval, the Germans – in a new era under head coach Low, a world away from their 2014 World Cup winning squad – turned it up a notch. And it was predominantly led by Werner.

Six minutes in, he finally found a pocket of space in the penalty area. Receiving Robin Gosens’ cross from the right, he took the ball on the back foot, faked to shoot – tricking Ramos and Torres in the process – before drilling a cool, calculated finish into the far corner with his right foot, beyond a stationary De Gea.

His 12th international goal in 30 Germany appearances. Not half bad. 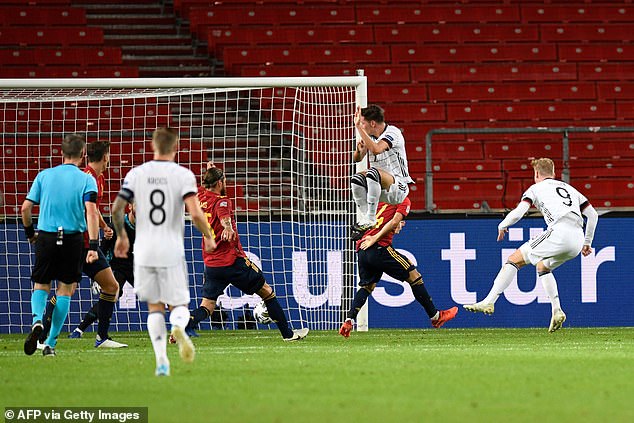 Werner’s goal in the 51st minute was sheer class, and it gave Germany the lead against Spain 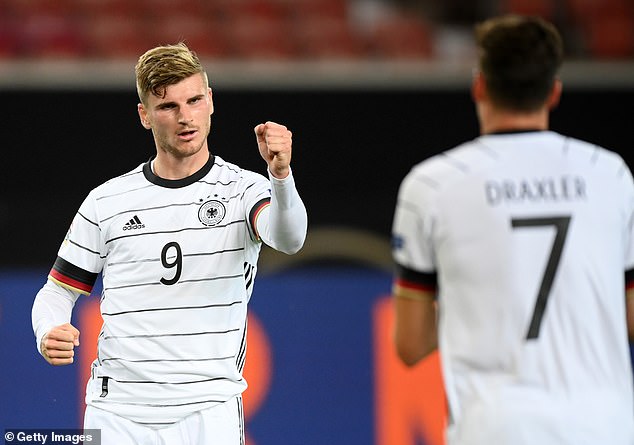 It was a moment of clinical finishing which will leave Chelsea supporters beyond excited, given it was a predominant chink in Frank Lampard’s armoury throughout the whole of the last campaign.

Werner almost notched a second not long after, but Leroy Sane’s pass across goal sent the Chelsea man slightly too wide. Off-balance on his left foot, he could only find the side-netting with the goal gaping.

At this point, the match opened up. Sane himself had a decent chance, and both Rodrigo and Thiago were a whisker away from a leveller with long-range efforts.

But as fatigue set in, with all the players involved still in pre-season mode, so the hosts looked to have saw the game out relatively comfortably. Substitutions too, did not help the rhythm of the game late on.

In a stadium with full terraces, Werner would have received a standing ovation, as he trudged off in the 90th minute, with the game seemingly done and a starting spot at international level secured. 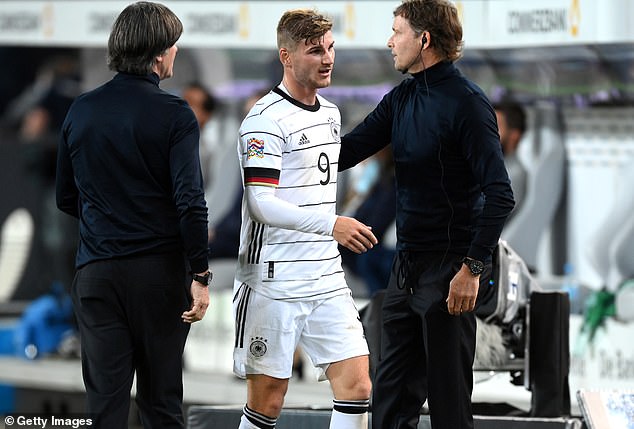 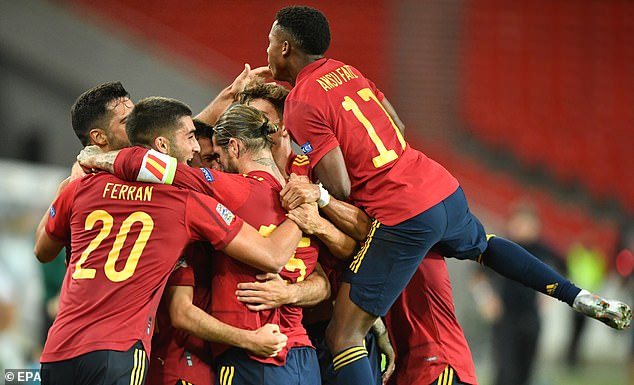 But Gaya’s header, the last touch of the match, meant Werner did not have his name solely up in lights.

Yet for Chelsea fans, this Werner performance was full of promise. And more. If you can do it against Ramos, with respect to Lewis Dunk and Co as the Blues travel to the Amex for their Premier League opener next Monday, you can do it anywhere.

Consistency in the Premier League is a different skill altogether – but Lampard looks to have found the missing piece to his Chelsea jigsaw.